In our wearable tech series, Make It Wearable: The Concepts, The Creators Project investigates the various innovators at work designing wearables that evolve art forms and practices, as well as how these creatives imagine the future of wearable tech. In our first five episodes, we spoke to Pauline van Dongen, a clothing designer who's creating energy-efficient fashion that integrates solar-power innovations, and explored technologies such as SubPac, a device that lets users feel sound. Today, in episode six, we're looking at Wearable Experiments, a company that's humanizing technology through touch for both entertainment and pragmatic purposes.

Based bi-nationally between Sydney and New York, Wearable Experiments focuses on socially-driven wearable tech that strives to build an entirely new language around both wearables and touch. Currently working on three products, the Alert Shirt, Navigate, and Fundawear—all which transmit data to the wearer through touch— Wearable Experiments wants clothing to have the capacity to help humans navigate the world, help them understand how others are feeling, and physically connect partners in disparate locations.

Not only are they the first company to successfully transfer touch through the Internet, but innovations including the Alert Shirt, for example, are already allowing sports fans to feel what players feel during games, using real-time sports data, Bluetooth, and an app to make the wearable "synonymous with watching a game."

You won't feel like you're getting full-on slide tackled, but when a player gets kicked, the clothes transmit a powerful stimulation to your chest. Or, before a punt or penalty shot, you'll feel the player's nerves through powerful stimulations. "We can understand what the players are feeling first," says Wearable Experiments, "And then transform that to a physical song on the body." 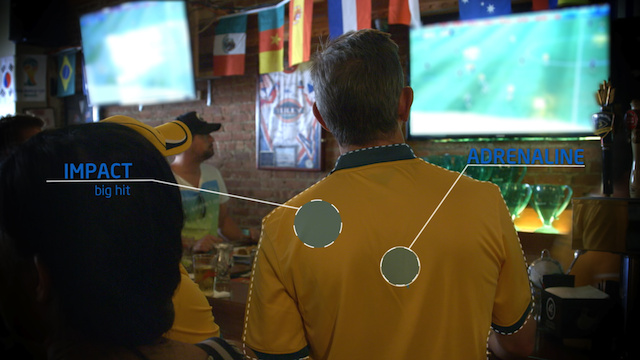 Navigate, on the other hand, gives wearers directions through gentle physical stimulation. In place of an intelligent app where a voice tells you when to turn, this shirt is connected to a mapping program that sends data to your threads in order to nudge you in the right direction. When it's time to turn, for example, Navigate gives physical stimulations to each side of your body, and even pulses when you've reached your destination.

Imagine being in a foreign country and needing to to navigate back to your hotel: unlike a taxi driver who may or may not share your language, the GPS-enabled garment acts as your personalized guide. "Touch can be a ubiquitous form of communication," Wearable Experiments told The Creators Project, "so we figured out how to use it to do many things for us." This technology could even be used to help the visually impaired.

In the future, Wearable Experiments imagines their technology being implemented in ways that stimulate the other senses, too. They want to create a haptic music wearable that could connect fans and DJs in a nuanced way— where SubPac transferred the actual sounds from a live set into physical vibrations, Wearable Experiments imagines a music wearable that connects the performer and audience on an emotional level.

One day, the company expect composers to be able to read the emotions of the audience. Perhaps the crowd is impatient and isn't dancing; the DJ would get static pulses as a warning. Or, instead, maybe everyone loves a certain song, and the DJ can literally feel their vibes. Wearable Experiments predicts a future wherein wearables allow audiences to be connected through multiple senses at once. 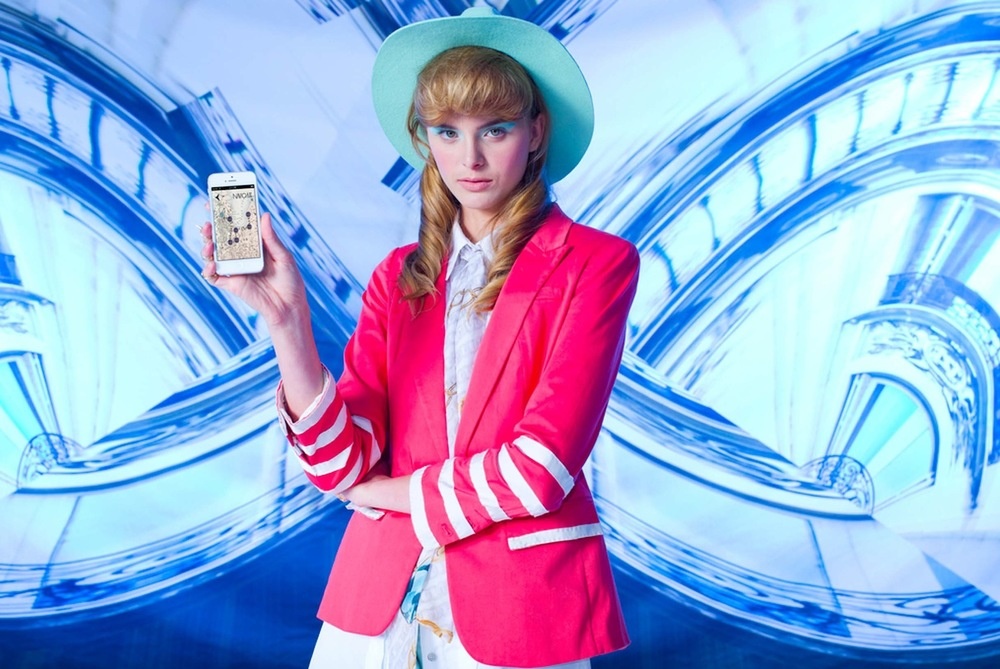 Making the clothing as human and natural as possible, the company wants their tech to be invisible. "Haptic technology could be involved in everything we do," says the company. "We can make beautiful things do something for the body other than just be beautiful," they state.

"Our designs can fulfill a purpose, navigate the body, build empathy for you, or connect you to your partner."

With companies like Wearable Experiments, the future of wearable tech might be more intimate than we could ever imagine. 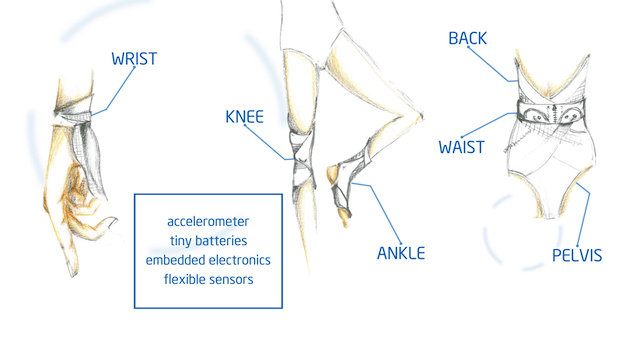 For more on Wearable experiments, visit their website, and for more on wearables, visit Intel’s Make It Wearable Challenge, a global year long initiative to support the evolution of wearables.

Make It Wearable l The Concepts: Sleep Hacking With iWinks

Make It Wearable | The Concepts: The Future Of Cooking With Wearable Tech