An organic melding of form and function, isn't that the true essence of effective design? With Guns. Germ. $teal [GG$]s' SS 2014 fashion collection, we've found ourselves converted to their cult of technology influenced wearables. Launching May 2011, the LA-based label has been garnering buzz in the indie fashion community for their futuristic menswear pieces, mixed with street-style edge.

Meeting as undergrad models in NYC, co-founders Philippa Price and Sarah "Smiley" Stevens found creative soul mates in each other, and after graduating started working on their first design collaboration. Through their line, boasting androgynous and chic-ly masculine energy defined with lux touches, the duo hope to carve a space in a traditionally "boys only" sector of the fashion world.

"We know this market is entirely male dominated, and we're excited to bring a female perspective to men's clothing. Bottom line, we're designing what we want to see on guys."

Earning international acclaim from outlets like Nylon and New York Magazine (among others), they're also a favorite of influential artists like Rita Ora, A$AP Rocky, Kendrick Lamar and Rihanna. 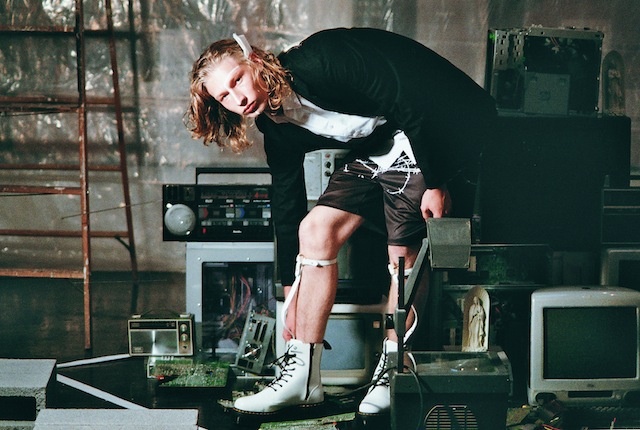 Despite the lure of mainstream success, the pair still manage to draw inspiration from their daily life. Influenced by a chance encounter with an old television set discarded in an alley, the [GG$] designers opened it up to find an inner world of electronic beauty, full of circuits and chips. This experience later became the muse for a series of prints and color palettes showcased in their newest collection.

Utilizing traditional techniques in addition to sublimation printing (transferring photos onto fabric for a futuristic print), [GG$]'s designs make the wearers feel like they've stepped into a time machine. 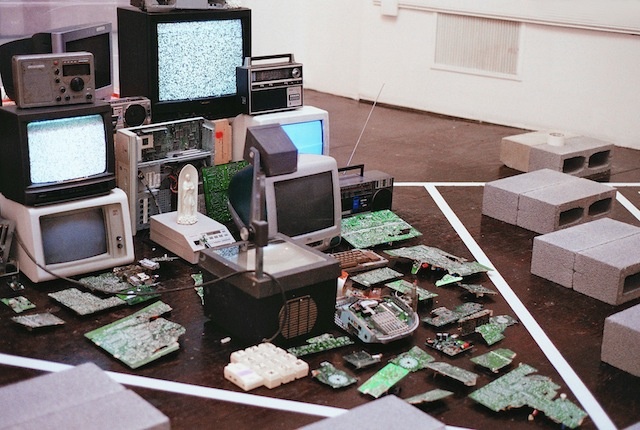 By combining the above concepts with a distinctly punk rock feel, [GG$] looks to create a new kind of style both fluid and layered - a uniform in a sense for the emerging verge culture of our generation.

Though the designers explain that "the process of creating our clothes is really what excites us," the two have also been mesmerized by a dream world they've created called Katatonia. Set in 2084, Katatonia is a future dystopian state where people have become half-robot, half-human. This imagined society is the main inspiration behind their 2014 collection and inventive presentation, as seen below. 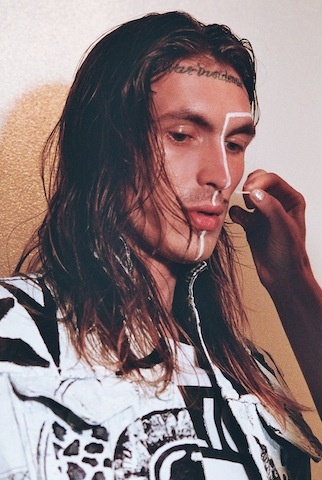 Katatonia : The state of neurogenic motor immobility and behavioral abnormality manifested by stupor. 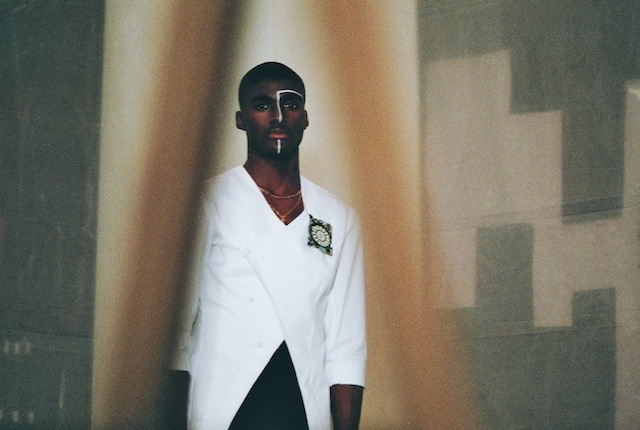 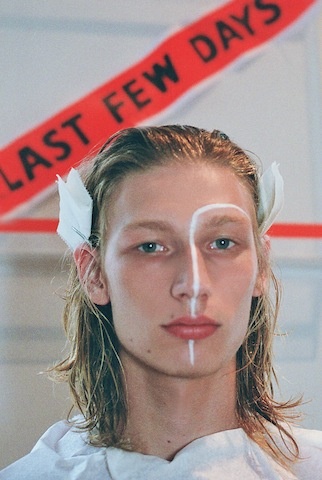 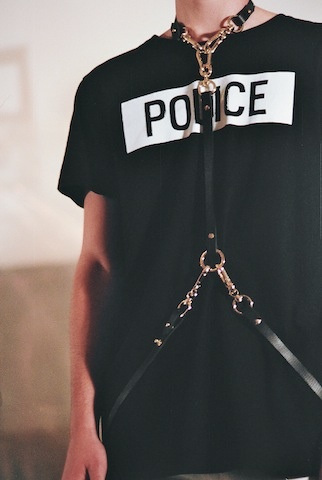 From the outset visitors to Katatonia were meant to feel like they'd entered a space designed to feel sterile and numb, the creators drawing inspiration from science labs and medical institutions. 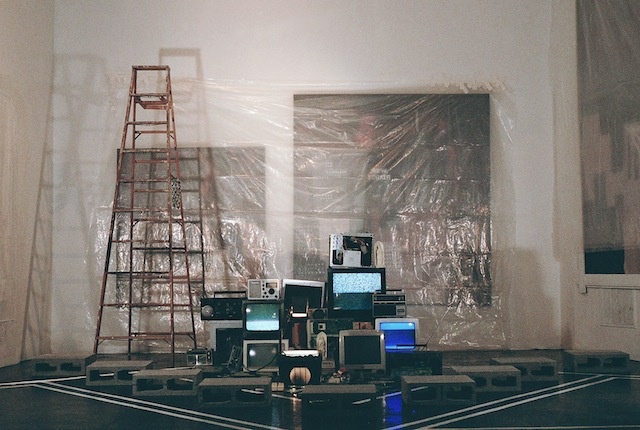 Inside, stations were set up so guests could stand and have prints and graphics from the new collection projected onto them. For the first time (in a show like this), the audience was able to experience wearing a collection instantly, before it's even available. 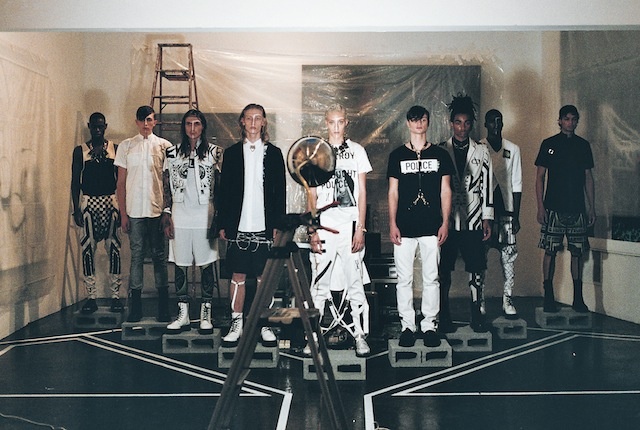 When the show commenced models took their places around the gallery, and using projection mapping were transformed along with the environment for the duration of the presentation. 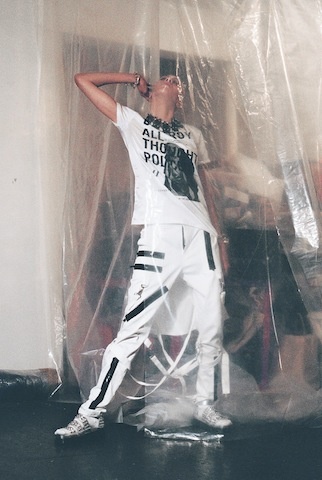 The all white outfits and lab coats were given to the guests so the [GG$] team could use the projection map to incorporate them into the show. [Full video above].

As [GG$] continues to develop clothing that not just compliments technology but also incorporates it, they'll help lead the vanguard of a new generation of designers, challenging the way we think about modern design. While the revolution won't be televised, there's a good chance it will be on the runways.

To check out more on GG$ visit their website GunsGermsSteal