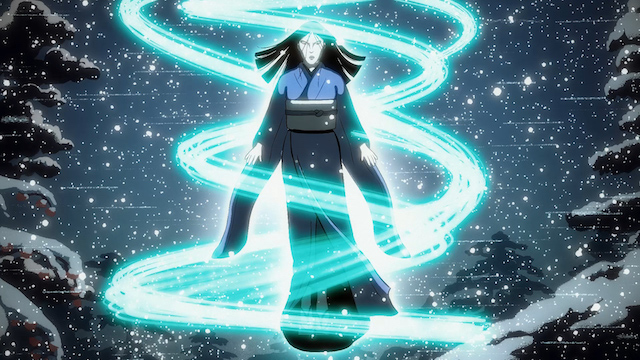 Yuki-onna, or, Snow Woman, is a popular winter spirit from Japanese folklore. She's the main influence for a new animated short from the Mixtape Club, the audiovisual creative studio that previously created this delectable short film about happiness. Their film, The Snow Girl, is set during the winter of 1950, in a rural American town. Yuki and her father are Japanese immigrants who moved to the states after they lost her mother. Following a verbal confrontation with a group of bullies, Yuki asks her Dad why she is treated differently than the rest of her peers. This question prompts her father to tell a story about when he was a kid in Japan chopping down trees with his uncle to sell for firewood. Yuki’s father and great-uncle wandered deep into an ancient part of the woods where the trees were much larger and more beautiful. Her father had an inexplicable feeling that they shouldn't harm the trees and tried to stop his uncle when he took a hack at one. As soon as his uncle’s axe hit the base of a tree, a snow goddess appeared suddenly and killed him as punishment. The goddess spared Yuki’s father but warned him that if he ever told anyone about her and her tree grove, she, too, would come after him. As the story goes, Yuki then learns the truth about her mother’s disappearance but eventually discovers the ‘special abilities' she inherited. 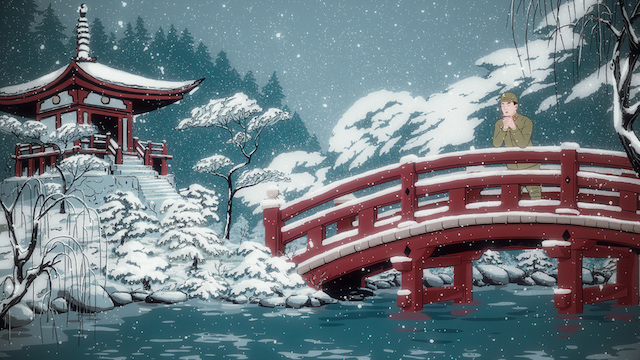 Mixtape Club is a directing team made up of Chris Lenox Smith and Jesse Casey. In their first collaboration with childhood friend and bestselling children's author, Adam Gidwitz, Mixtape Club was able to bring an enduring Japanese folktale into the present day. “We've known each other since we were kids, both having grown up together in Baltimore and while attending Brown University,” Mixtape Club tells The Creators Project. “For as long as we could remember, we've shared an interest in myths and stories—particularly ones outside of our own culture.” In addition to Gidwitz, the filmmakers enlisted regular New Yorker cover artist, R Kikuo Johnson to create the characters and look of the film. 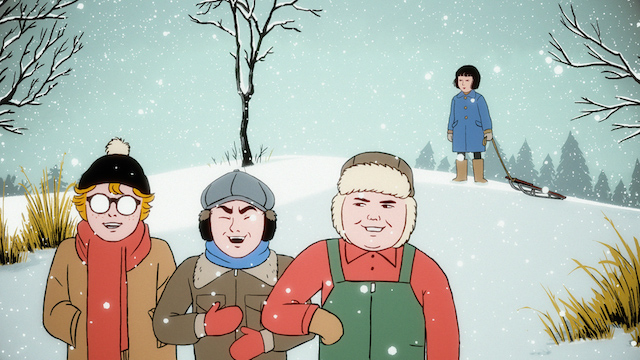 By setting the film during the 50s, immediately following the Japanese internment during WWII, The Snow Girl serves as a topical reflection on xenophobia and its timeless presence in our culture. Mixtape writes, “When we first started working on the film a year ago, it was about a girl moving to a new country and trying to understand why she was being treated differently. We never expected the story to align so closely with current events.” The filmmakers consider the short as a step forward in their quest to bring together time-honored storytelling with modern techniques. Watch The Snow Girl in its entirety below:

The Snow Girl (Short Film) from Mixtape Club on Vimeo.

Learn more about The Snow Girl short film, here. Check out more works by the Mixtape Club on their website.

This Short Animation Will Make You Quit Your Job