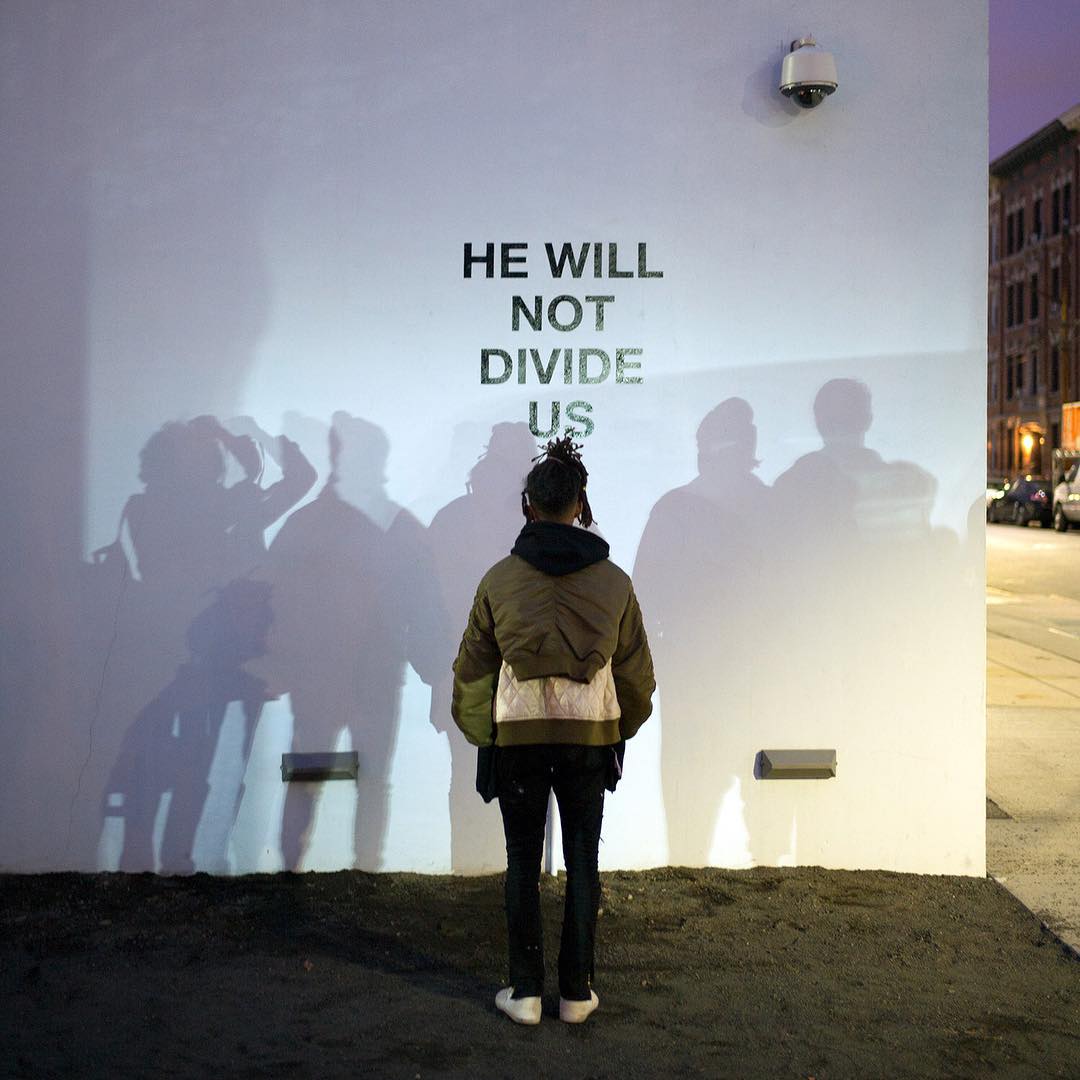 LaBeouf, Rönkkö & Turner's anti-Trump live stream performance, HEWILLNOTDIVIDE.US has been shut down after becoming "a flashpoint for violence," according to a statement from its host, The Museum of the Moving Image.

HEWILLNOTDIVIDE.US was a 24/7 protest initiated on Donald Trump's inauguration day and meant to last all four years of his presidency, but was active for only 21 days. LaBeouf himself could often be seen chanting the performance's title, "He will not divide us," throughout the performance's duration.

The closure is may have something to do with LaBeouf's arrest on January 26. Police told the New York Daily News that when a counter-protester came between the Transformers and Fury star and the camera, the actor-turned-artist "ripped off the man’s scarf and shoved him to the ground, scratching his face." LaBeouf was arrested on suspicion of misdemeanor assault and harassment, but released later that day. "For those of you who don't know what happened. Shia was attacked by a nazi [sic]. Shia got arrested. Nazi got away," the unofficial He Will Not Divide Us Twitter account tweeted.

The museum's statement cites, "dozens of threats of violence and numerous arrests," as their motivation for discontinuing the stream. "While the installation began constructively, it deteriorated markedly after one of the artists was arrested on the site of the installation and ultimately necessitated this action."

HEWILLNOTDIVIDE.US was a magnet for right-wing internet trolls attempting to co-opt the stream and provoke LaBeouf, and they arguably succeeded on several occasions. Aside from the incident leading to his arrest, LaBeouf shouted down a young man wearing a fedora who repeated white supremacist slogans into the camera, and also tried to snatch a Pepe the Frog poster from a young man's hands. Mosts taunts, however, didn't provoke such reactions.

"We take our commitment to the safety of our 200,000 annual visitors and 50,000 school children attending programs at the Museum seriously, along with the safety and security of our staff and community," the museum's statement continues, but LaBeouf doesn't see it that way. He tweeted an image with large block letters reading, "THE MUSEUM HAS ABANDONED US."

Requests for comment from both the artists and the museum have not been answered. There is no word yet on whether HEWILLNOTDIVIDE.US will occur at a new location.

Shia LaBeouf Is Smashing Teletubbies and Screaming at AI