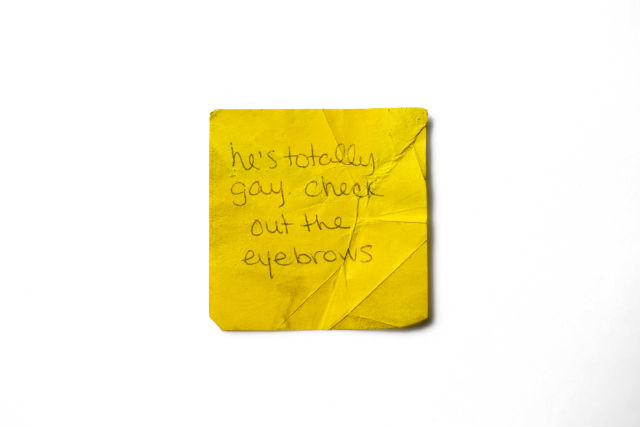 All images courtesy of Found By Laura

Perhaps understandably, most people tend to ignore scraps of paper they see lying on the ground. But Sydney-based artist Laura Sullivan has always found herself intrigued by the promise of scrawled handwriting, and has been picking up stray to-do lists, IOUs, poems, and angry letters for the past twelve years.Now, a selection of the 400 notes she has collected in public spaces around the world will be exhibited in a gallery show that puts the intimate concerns of anonymous strangers on display for all to see.

The first note Sullivan decided to pocket was a fairly pedestrian shopping list, but over time she’s amassed quite the collection of strange half-told stories. One of the weirdest, she says, was a pro and con list presumably written by someone unsure whether or not to stay in a relationship with their partner. 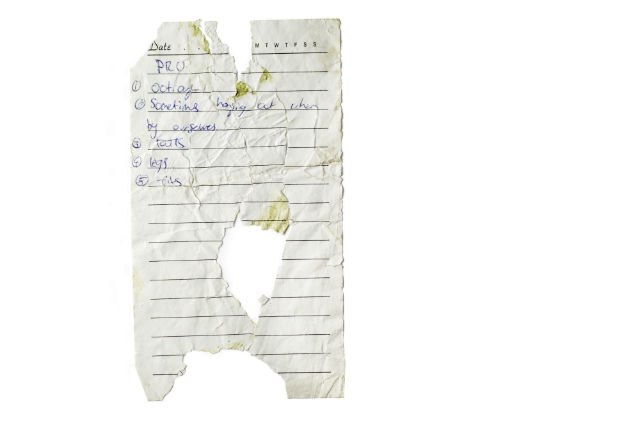 “What's not to love to love about this? I had to laugh,” she tells The Creators Project.

“Tatts, legs, tits. It doesn’t get any better than that—I mean, clearly she’s a keeper.” 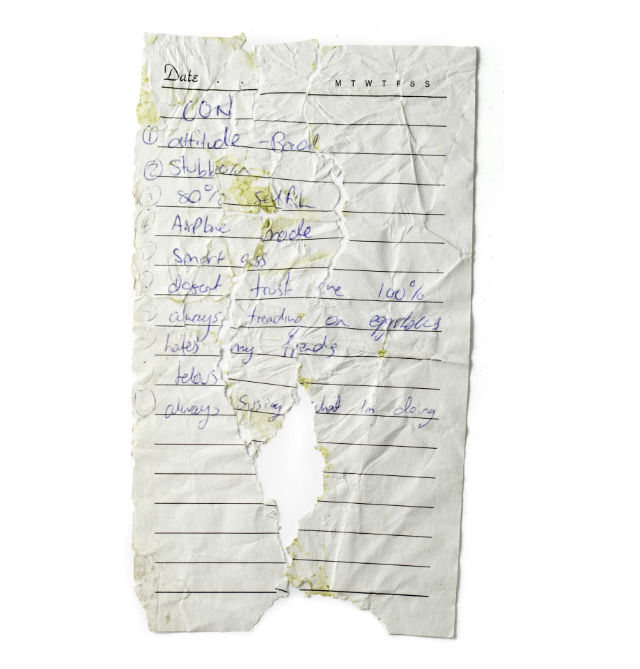 She found the note in New South Wales’ Hills District, so torn up that it was hard to read.

“Either the writer wanted to hide the evidence from their partner so they tore it up or the partner saw it and tore it up in anger. It’s hard to tell which,” she says. 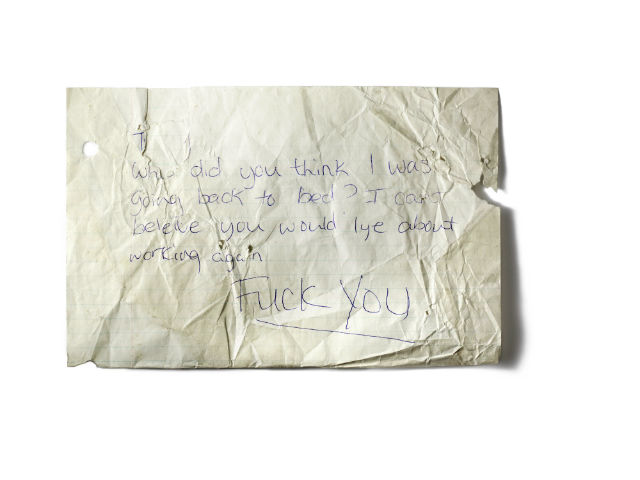 Sullivan’s other favourite find is an ornately handwritten letter she came across while living in New York City in 2007. “Walking down to my local subway, Christopher Street station, I spotted a page from a notepad just lying there on the ground down at the foot of the stairs before you enter the turnstiles,” she says. “It had a name underlined and smudged by the rain, a phone number and then this beautiful and heartbreaking letter to follow. The juxtaposition of finding something so beautiful down in a subway in New York City is very Woody Allen and very New York!”

The exhibition is curated in a deliberately haphazard, non-chronological fashion, designed to give the audience the same feeling of serendipity and that Sullivan felt each time she came across someone's lost piece of paper. Preferring to know nothing of their origins or authors, the collector has never deliberately sought out lost notes; she prefers that they come to her. “That sounds cheesy right? But it's kind of true. I do get excited on bin day, though.” 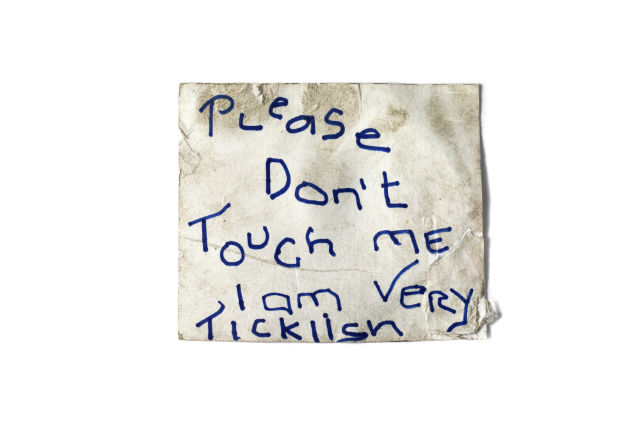 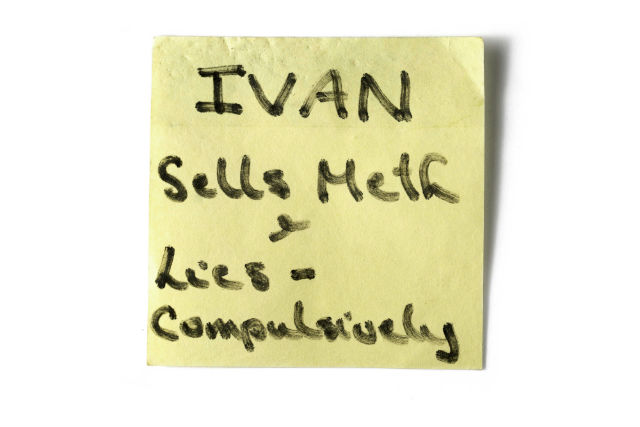 Found by Laura opens on February 16 and continues until March 5 at Sun Studios, Sydney. You can follow the project on Instagram here.

Found Railroad Detritus Is a Marvel at Sunset