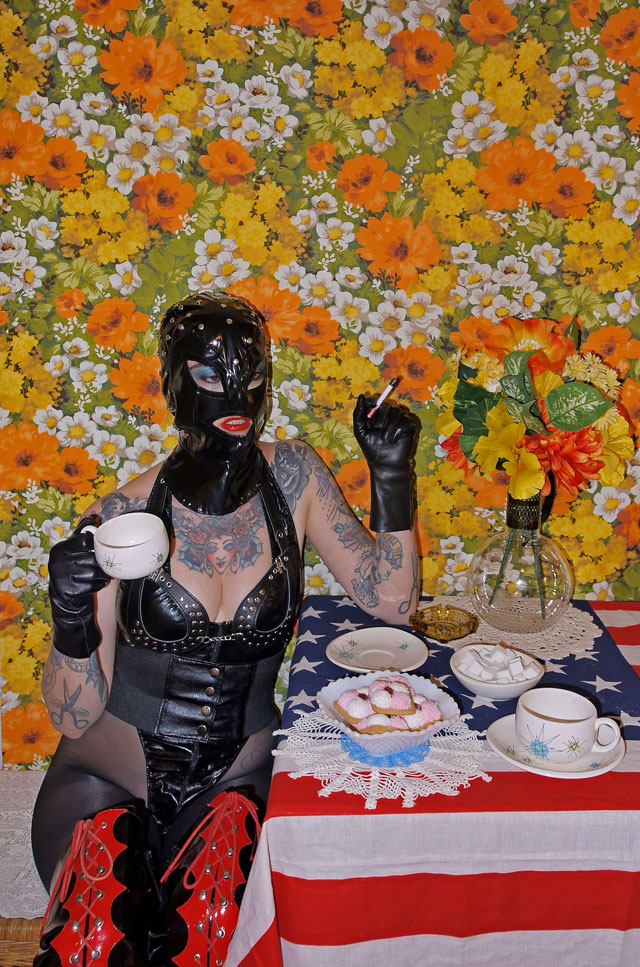 All images courtesy the artist

If femininity is performance, Miss Meatface is a gaudy, shocking vaudeville of contrasts. Miss Meatface is a character whose entire world thrives on incongruity. Her universe is full of bondage and pearls; leather and doilies. The sophistication and poise of the “perfect wife” found in 1950s culture is viewed through a kinky lens, resulting in a series of self-portraits that examine femininity, sexuality, and social norms.

Kat Toronto is the face, body, and performer behind Miss Meatface. The artist, currently based in London, aims to create portraits that explore gender, history, and society. The work draws inspiration from “old school fetish publications, like Exotique and Bazaar, from the 70s and 80s” alongside old and new ideas of femininity, she tells The Creators Project. 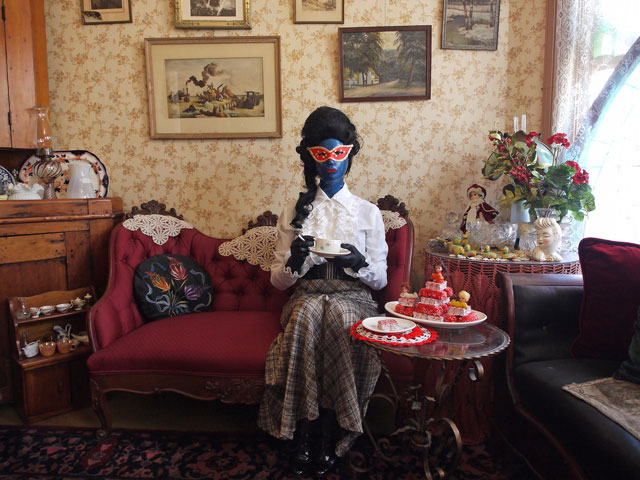 The most interesting parts of the Miss Meatface world vary from photograph to photograph — it may be an item of clothing, patterned wallpaper, a vintage trinket, or just a provocative idea. Regardless, the result is almost always the same: a beautifully lit, intricately decorated, and brightly-colored reversal of a prim and proper lady. 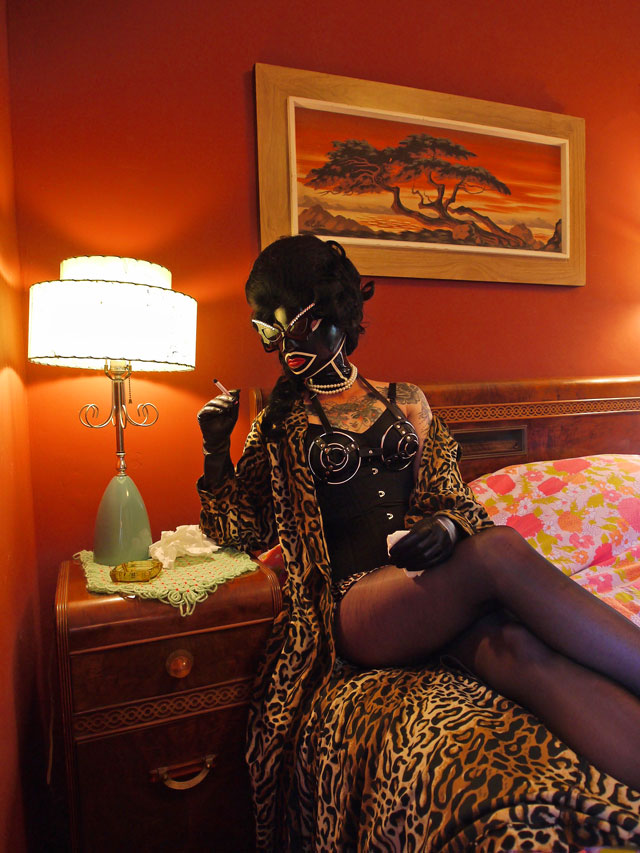 However, one vital part of Miss Meatface remains hidden: her face. This blank slate not only invites the audience to project parts of themselves onto the portraits, but allows Toronto to express herself in ways she previously did not dare.

“We all have our limitations, but when I put on the hood, I become this completely different person,” Toronto explains. “She has no limitations. I can express myself without worrying about anything.” 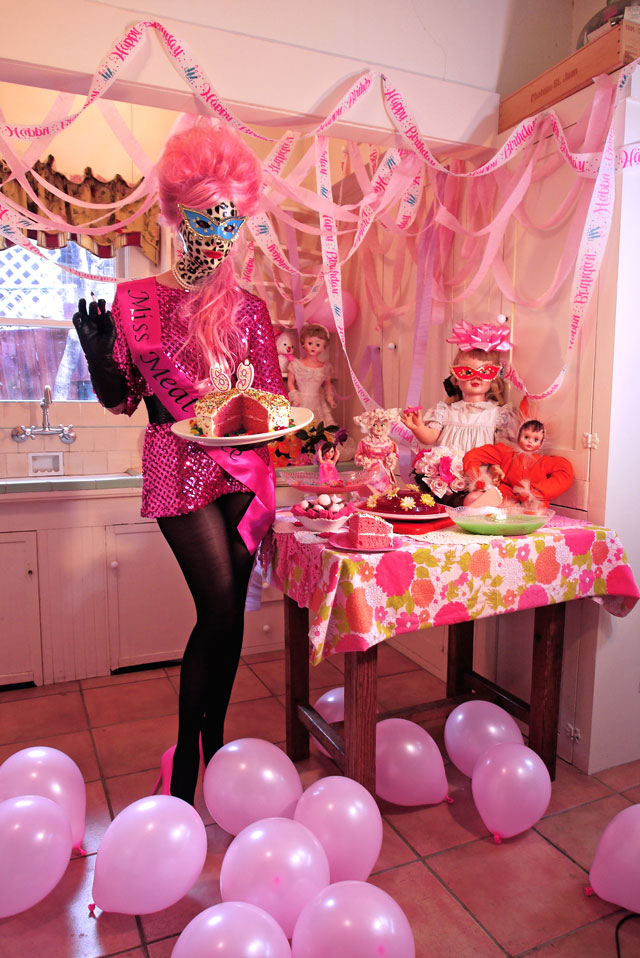 The hood does more than just mask Miss Meatface's identity. Because of its sexual connotations, it provides plenty of shock value — especially in contrast to things like pink cake or a stack of freshly-cleaned dishes. 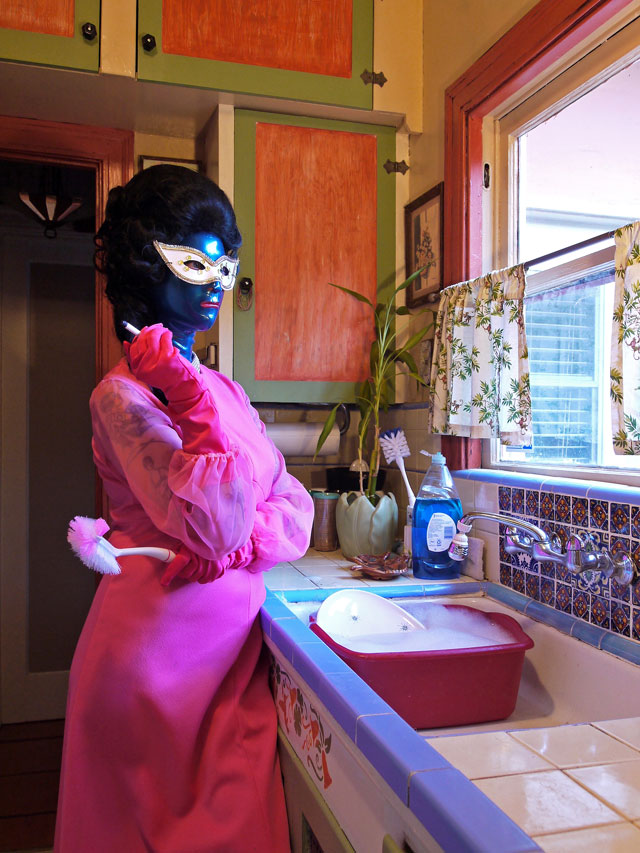 This perhaps uncomfortable juxtaposition is not a new theme for Toronto. In much of her previous work, she has tried to represent “that jarring feeling.” At one point, the feeling manifested itself as creating huge fake scars across her face. The idea behind this project would eventually help develop her current character’s name. Now that “visceral, ripped apart” feeling appears in the contrast between kitsch and Miss Meatface’s derivations from fetish culture. 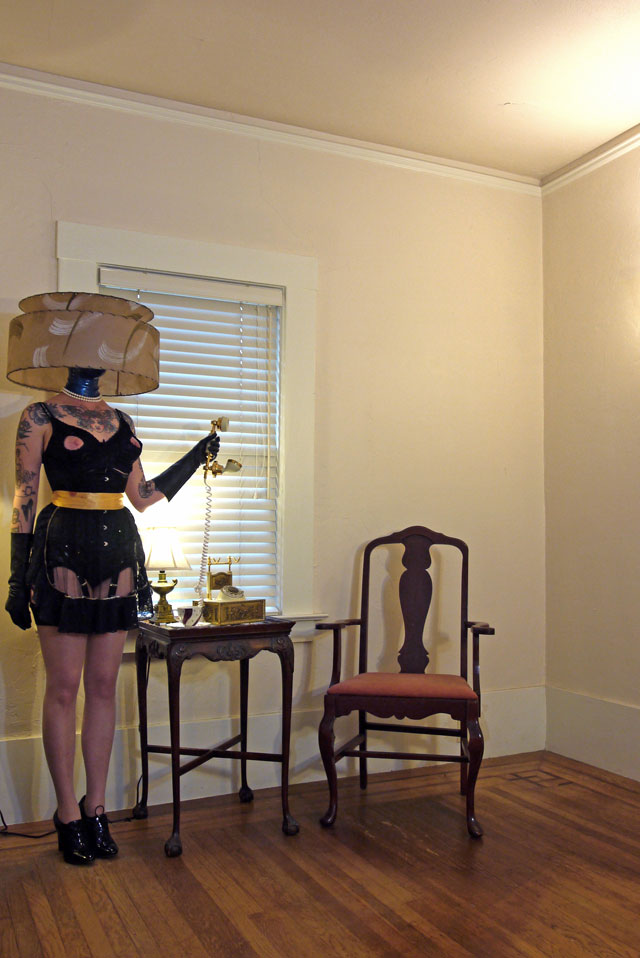 The facelessness of the fetish gear has also made Miss Meatface a political art icon. Toronto’s portraits were selected to be a part of the UPRISE/ANGRY WOMEN group show at The Untitled Space in New York City. The 80 female artists represented in the show all make powerful statements on modern femininity — especially in the face of a changing political climate.

Toronto says that Miss Meatface’s anonymity gave her the courage to make her work more political and explore more topical issues. “A lot of me, at first, was trepidatious about expressing my political self,” Toronto says. “But I just thought, I have to do something. We just all have to keep doing something.” 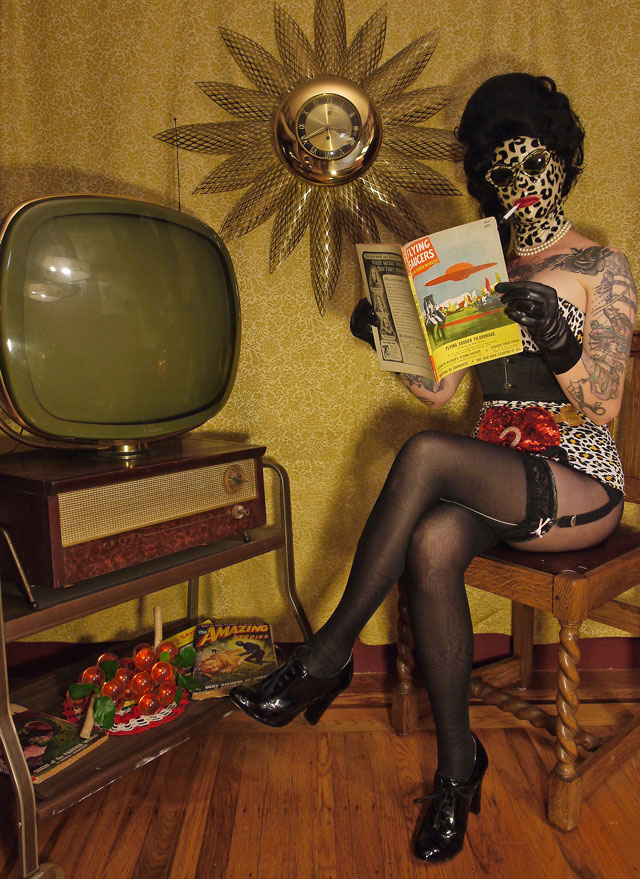 Currently, Toronto is planning a Miss Meatface “women’s club cookbook” version of etiquette and advice. And a real-life Meatface beauty pageant, wherein Miss Meatface herself would make an appearance as a judge, is also in the works. 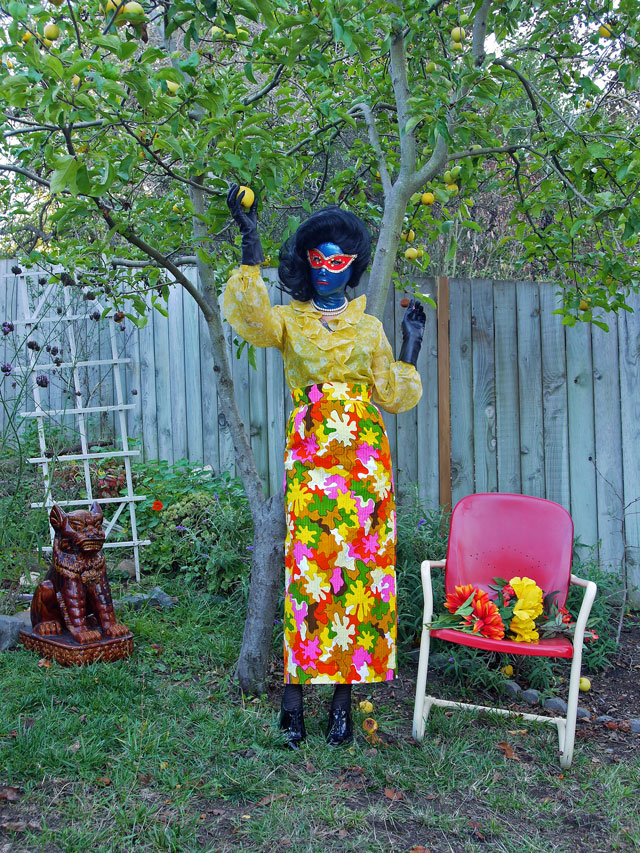 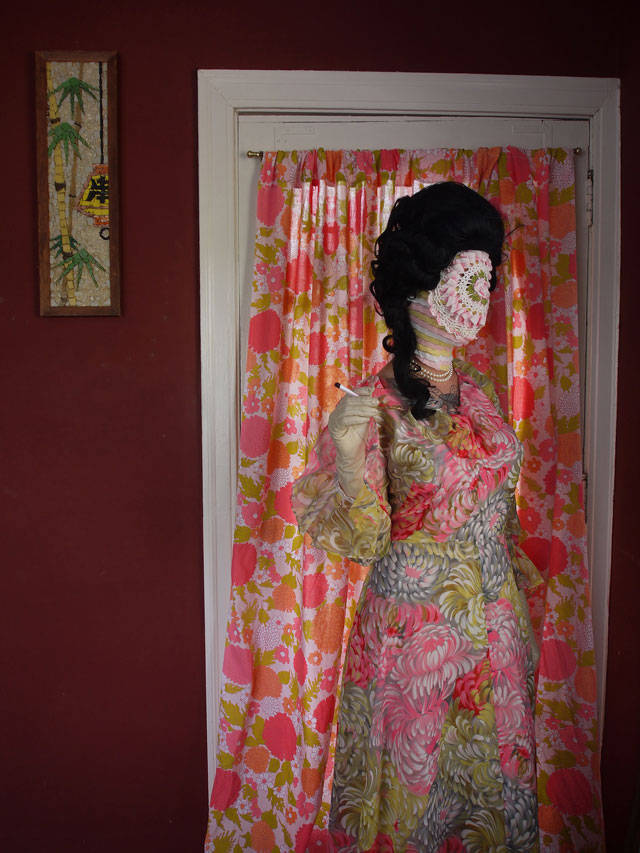 21 Female Artists Reflect on the Origins of Self-Portraiture