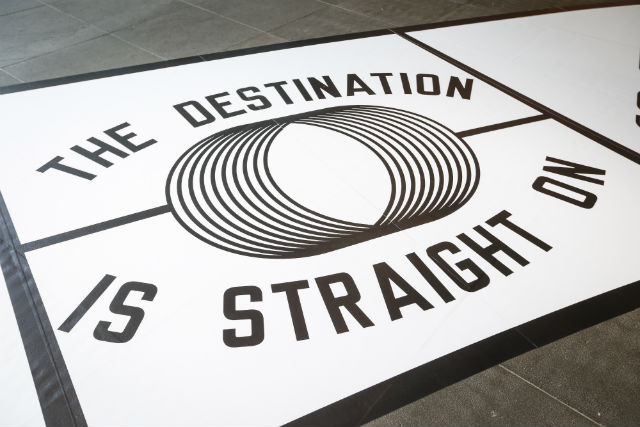 All images courtesy of the NGV

Out of Sight is a new interactive artwork which turns human ambition into a game. The giant hopscotch grid plays with the idea of jumping from one goal or life phase to the next, and it’s the latest in a series of word-based works from Lawrence Weiner—the conceptual artist famed for using language as a form of sculpture.

The 16-meter-long floor decal is installed in front of the National Gallery of Victoria’s iconic Waterwall, and is designed for children and adults alike. Weiner, the 74-year wordsmith who has influenced text-based artists like Barbara Kruger and Felix Gonalez-Torres, gives players seven different phrases to hop onto, from “The destination is straight on” to “Presume a destination.” 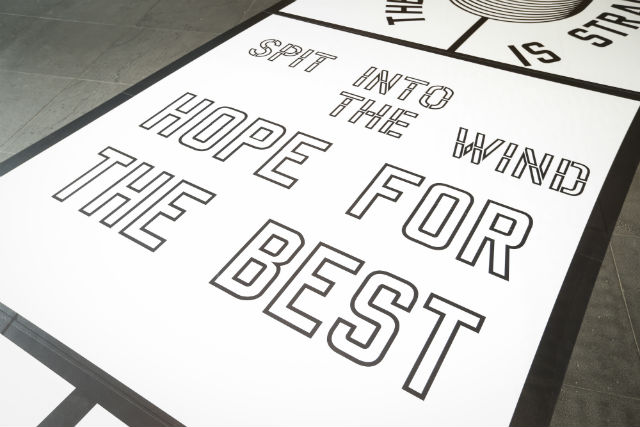 The meanings of the phrases are a little opaque—quixotic in their philosophical nature.  They’re what Emily Kennel, who is the children’s programs officer at the NGV, calls the artist’s “original aphorisms”. “Visitors are invited to hop, skip, and move across the hopscotch while considering its powerful phrases,” she says.

The work was commissioned for the gallery’s youth program, although it's just as useful for adults doing a bit of self reflection. “It’s about encouragement and inspiration,” said Kennel. “It’s about developing affirmative thoughts and strategies for achieving goals. Out of Sight is geared towards the aspiring young person, and it certainly applies to everyone, to ‘break out,’ achieve and be successful.” 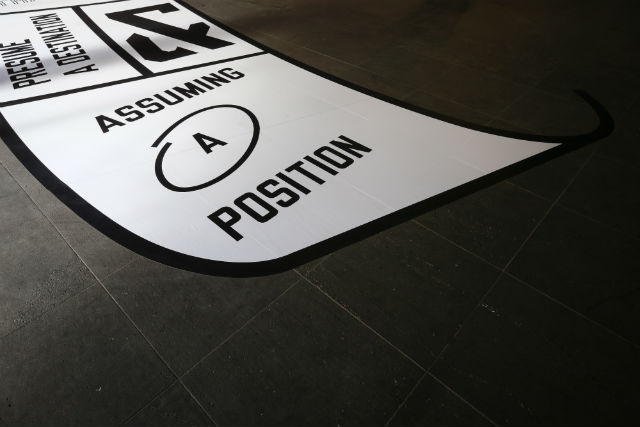 Weiner, who divides his time between a studio in New York City and a houseboat in Amsterdam, is known for putting text-based artworks which read like haikus in unlikely places. His word-based work In the still of the night was pegged at the top of a Cold War-era building in Vienna, and Chains Wrapped Around One Thing & Another Broken One By One With the Passage of Time was scrawled inside the lobby of an art school in Toronto. This piece is part of a global project that will launch in museums in New York, Houston, Chicago and Shanghai, and featured in different languages including English, Spanish and Chinese. 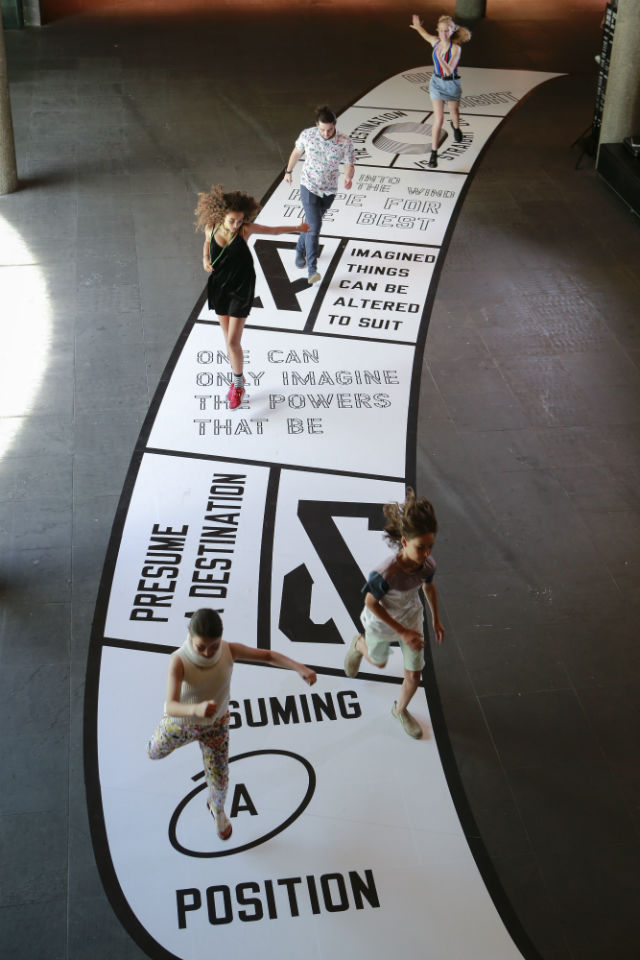 “Out of Sight” is the final phrase in the hopscotch game. “After registering who you are, what you want, and how to get there; participants are invited to recognise that the possibilities are actually endless, or Out of Sight,” says Kennel. “The ideas contained within the hopscotch structure are a recipe for life and for figuring out who you want to be and how to get there.”

Out of Sight is on view at the National Gallery of Victoria until April 17.

How Playgrounds Became Art Spaces in the 20th Century

Take A Ride On These Glowing, Musical Swings