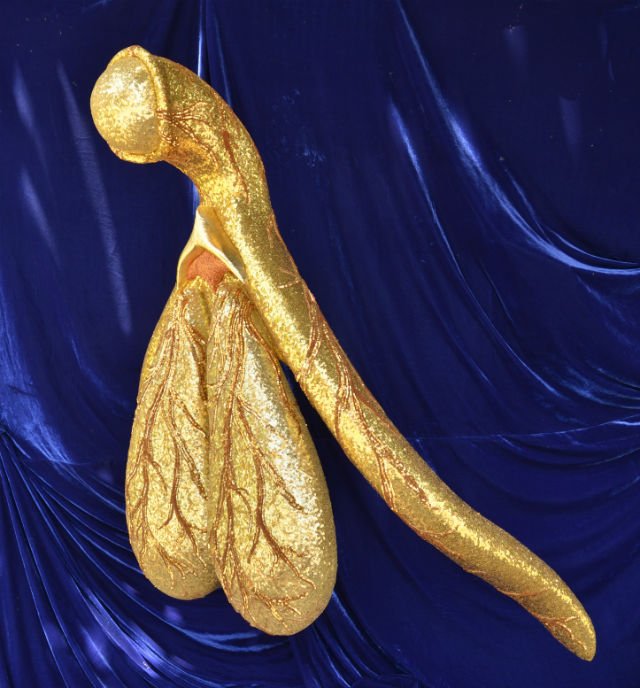 The Glitoris. All images courtesy of Alli Sebastian Wolf

The Glitoris is exactly what it sounds like: a golden, sequined clitoris sculpture. A sparkling celebration of the female anatomy big and bold enough that even your most clueless sexual partner would have no trouble locating it.

Created by Sydney-based artist and playwright Alli Sebastian Wolf, the glittery clit has already won international attention—Amanda Palmer recently invited its creator onstage at the Sydney Opera House to parade her sculpture for the crowd. Cheers arose when the artist explained to Palmer’s audience that the clitoris has 8000 nerve endings: double the number of a male penis.

“Almost no one I talk to knows about this incredible organ,” she explains to The Creators Project. “How far it extends beyond what you can see on the surface and how it works. It’s the most fabulous body part in the whole known universe—the only one that serves no purpose other than pleasure, and it’s been ignored by Western culture for so many centuries.” 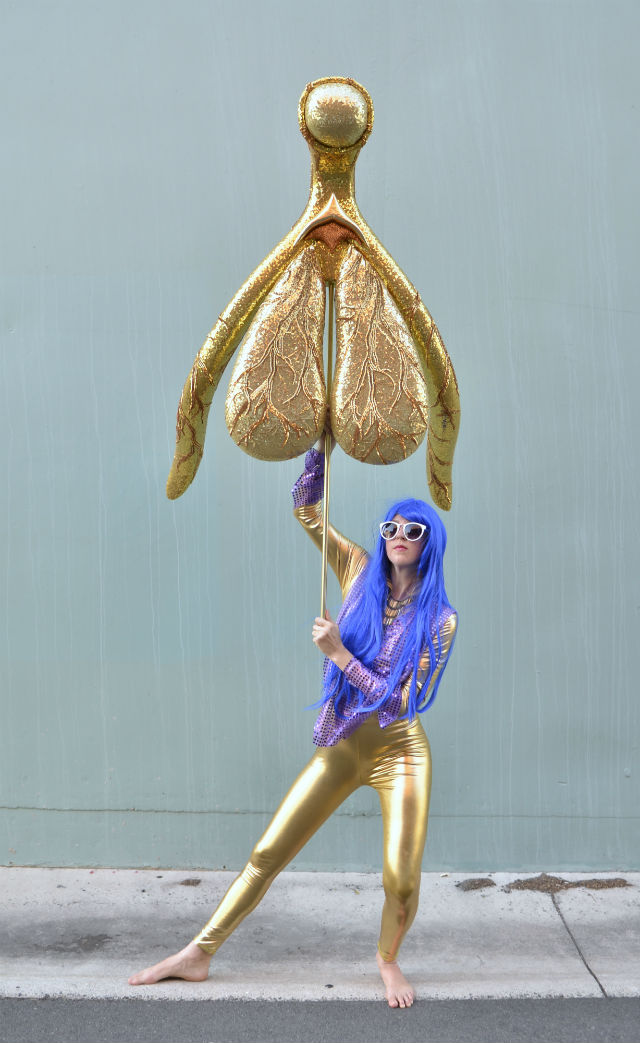 Wolf is especially referring to the fact that the clitoris—like a deeply sensual iceberg—is mostly invisible, hidden below the surface of the vaginal tunnel and extending towards the thighs. Like a penis, it engorges when aroused—swelling by up to 300 percent. It’s an anatomical marvel, but oddly enough we’re not bombarded with artistic representations of it, as we are with other body parts like the male penis or female breasts. “So I wanted to make something that celebrated it, a giant golden sparkling shrine that would help people come to love it like I do,” Wolf says. “No matter what your gender or desire, I hope this helps people connect to their own and each others pleasure better. The Glitoris is just a small part in a revolutionary shift in awareness.”

The Glirotis is, mostly, anatomically correct. With a touch of artistic embellishment, of course. “The sequinned details represent the thousands of nerves that run through the clitoris,” says Wolf. “It’s a 100:1 scale model: they range from 7-12 cm in length, and of course each one is unique.” 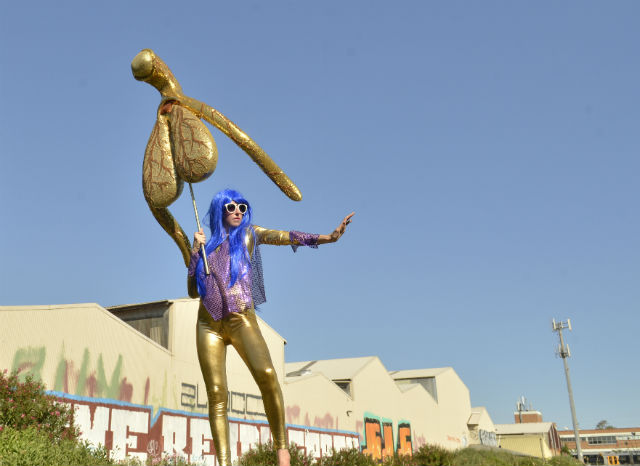 What’s perhaps most confronting about The Glitoris is its erect pose. Combined with its exaggerated size, the golden sparkling organ looks more than a little imposing. Even those in possession of a clitoris will not have seen one that looks like this. “The positioning of The Glitoris is the shape a clitoris is when it is aroused,” Wolf explains. “The long arms which point towards your thighs when at rest—the corpora cavernosa and crura—are curled, and the bulbs—the clitoral vestibules—that sit just under your labia majora are slightly engorged.”

The Glitoris is a political statement, created to raise awareness about a fascinating and underappreciated aspect of female sexual anatomy. But it’s meant to be fun, too—as demonstrated by the fact that its official launch on Tuesday at The Bearded Tit in Redfern will see the audience (Wolf dubs them “The Clitorati”) don clit-shaped crowns and iron-on clitoris patches to celebrate. It’s set to be, well, a clittering affair.

The Glitoris will be on display for one month at The Bearded Tit, from January 24. You can find out more about The Glitoris and Alli Sebastian Wolf here.