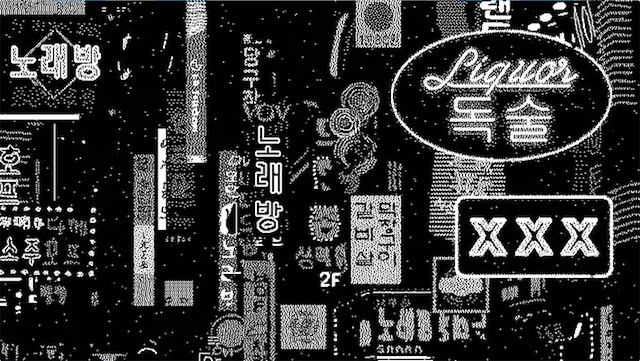 Nightlife in Korea looks like a seedy and dangerous affair in the new 8-Bit "dot animated" music video for Seoul hip-hop duo XXX. The visuals for their new release, "Liquor," were put together by French animator Mattis Dovier, the same artist that made the video for their "Flight Attendant" single. The video opens in the rain on the face of an unknown dead man with blood dripping out of his mouth. After a few cuts of the city’s collage of neon signs, we see a montage of shots from a Korean gentleman’s club. At the bar, an exasperated young man with a rose tattoo on his neck throws back martinis like they were shots.

The animation’s strobelike glow sets a visual tone that couples seamlessly with the song’s dirty and cacophonous production. Our protagonist heads for the toilet to puke, and a fight breaks out when he makes it back to the bar. Weapons are brandished, chaos ensues, and our hero seems to do pretty well for himself. That is, until a man across the room pulls out a gun and they tumble out the window and onto the ground below. The short video ends with a bloody twist that will leave you asking questions and longing for more. Check out "Liquor" below: 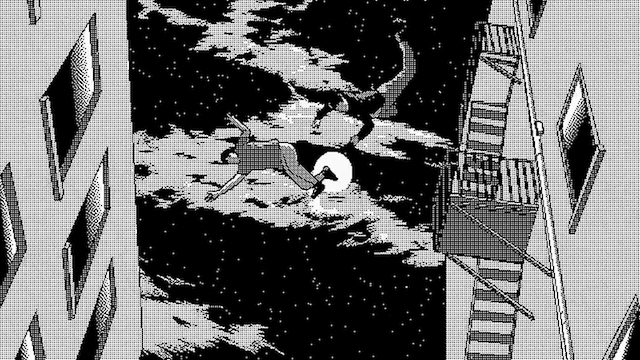 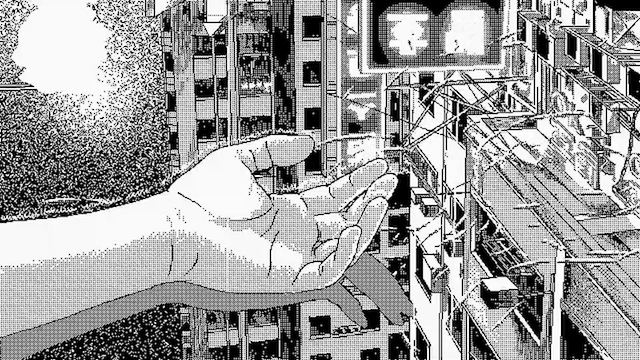 A Miyazaki Masterpiece Gets Remixed into an 8-Bit Video Game