Screencaps and GIF by the author, via

A conductor’s sweeping arm movements inform not only the orchestra but a fluttering cluster of abstract geometric patterns in a new experimental motion tracking video. The visual motion concept is by German author, musician and multimedia designer, Tobias Gremmler, but instead of trailing the movements of a kung fu drill like last time, Gremmler follows a conductor's baton. Sir Simon Rattle of the London Symphony Orchestra is first shown wrapped up in a motion tracking suit. As Rattle swings his arm from right to left a number of kinetic graphics dissipate from his body. With each movement a swarm of algorithmic patterns spreads across his silhouette in waves of color and shape. Gremmler’s graphics trace the conductor’s gestures like ripples in a lake. Rattle’s movements, however, aren't the only thing influencing the visual arrangements. The graphics are also processing the music being performed which adds to the form of the motion, an aspect of the operation Gremmler compares to mixing audio waves. 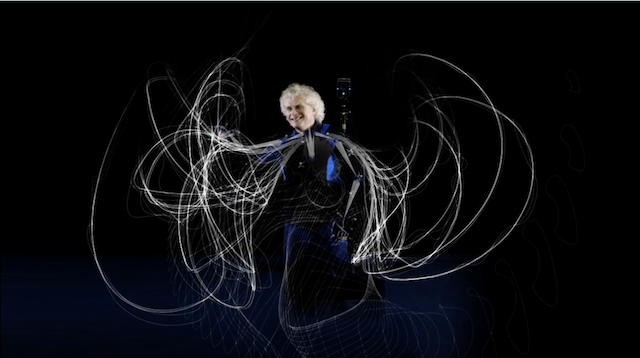 The lighting, color, and texture of Gremmler’s visual manifestations are influenced by the aesthetic base of instruments in the orchestra. The graphics in this video were developed in keeping with the physicality and appearance of wood, brass, wind, and string instruments. Gremmler also took cues from the atmosphere and architecture of classic concert halls. Check out the full video below: 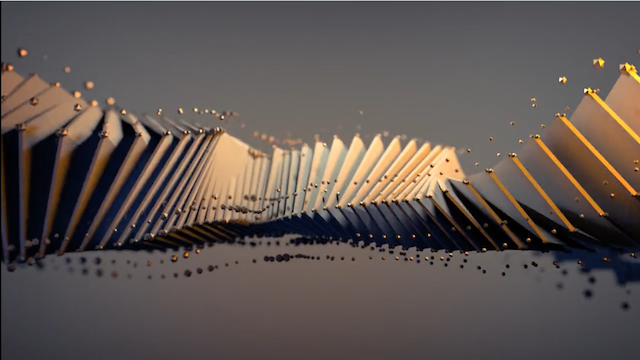 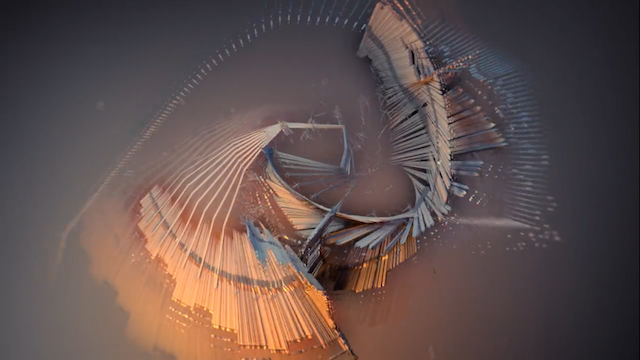 Learn more about Tobias Gremmler’s work on his website.

Watch a Beautiful Dance of Particles in This Motion-Captured Performance