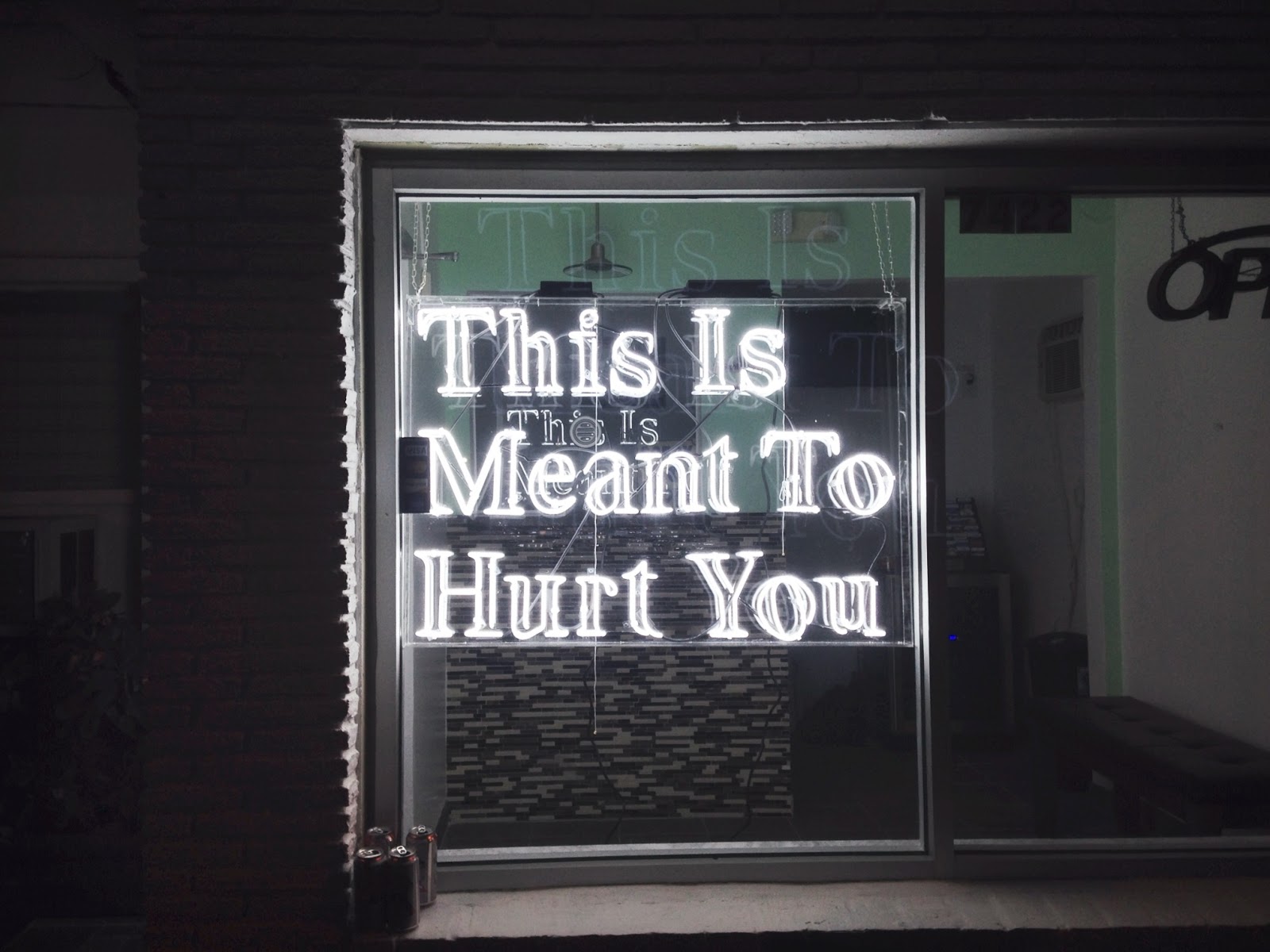 This Is Meant To Hurt You, shines in big, white neon by the front desk where a ‘No Vacancy’ placard rests. This is The Royal Budget Inn’s first showcase, and likely its finest moment in art history. 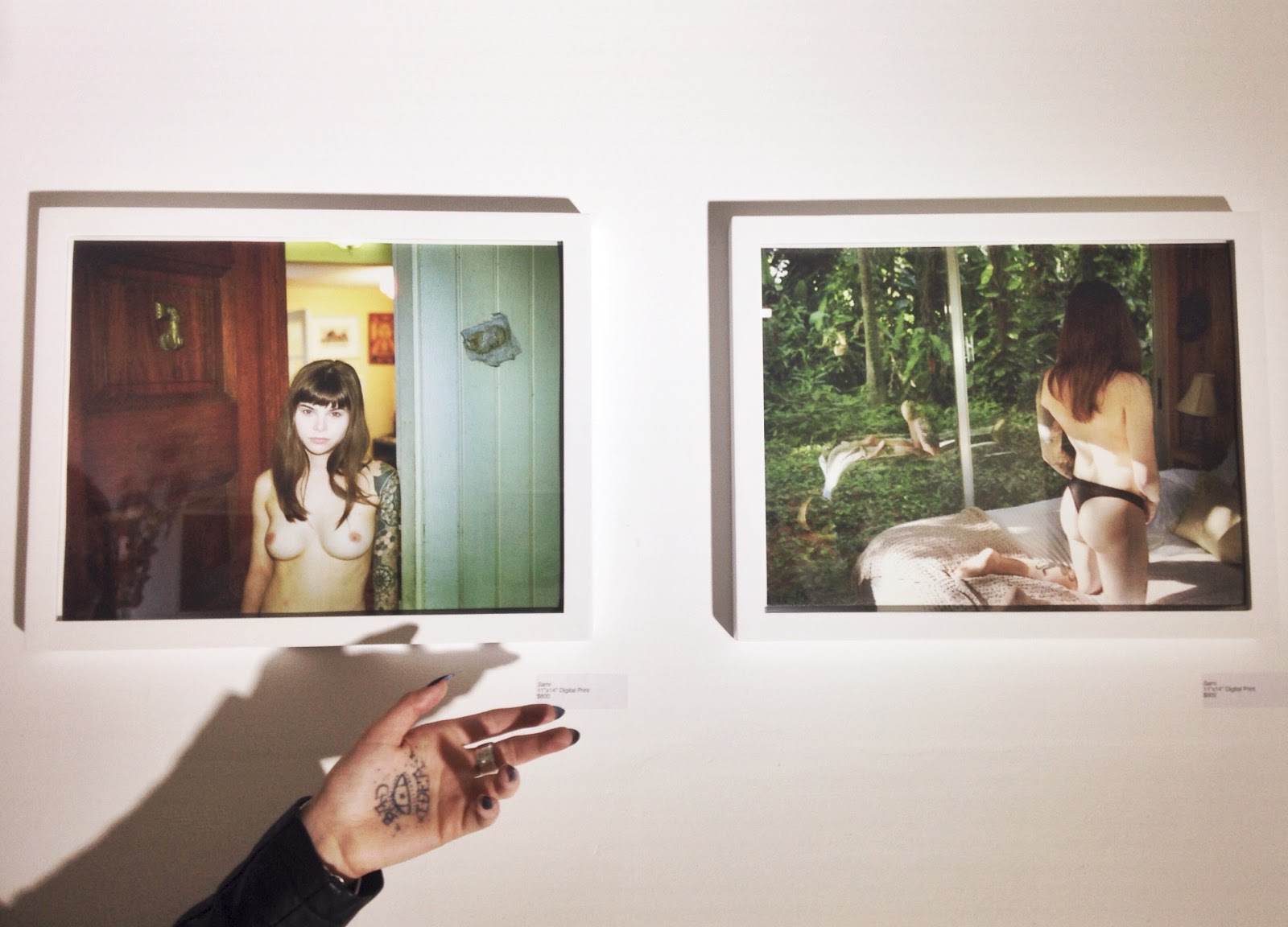 It’s Friday night and pulling up in my ‘78 Mustang never felt more appropriate. Her original paint is chipping, and I have to replace the fuel pump—but it seems as though this ol’ whip has visited the motel off 74th and Biscayne before, maybe back in the 80s, when carefully curated scents and lewdly-elegant photography didn’t dwell in the motel’s freshly primed rooms. 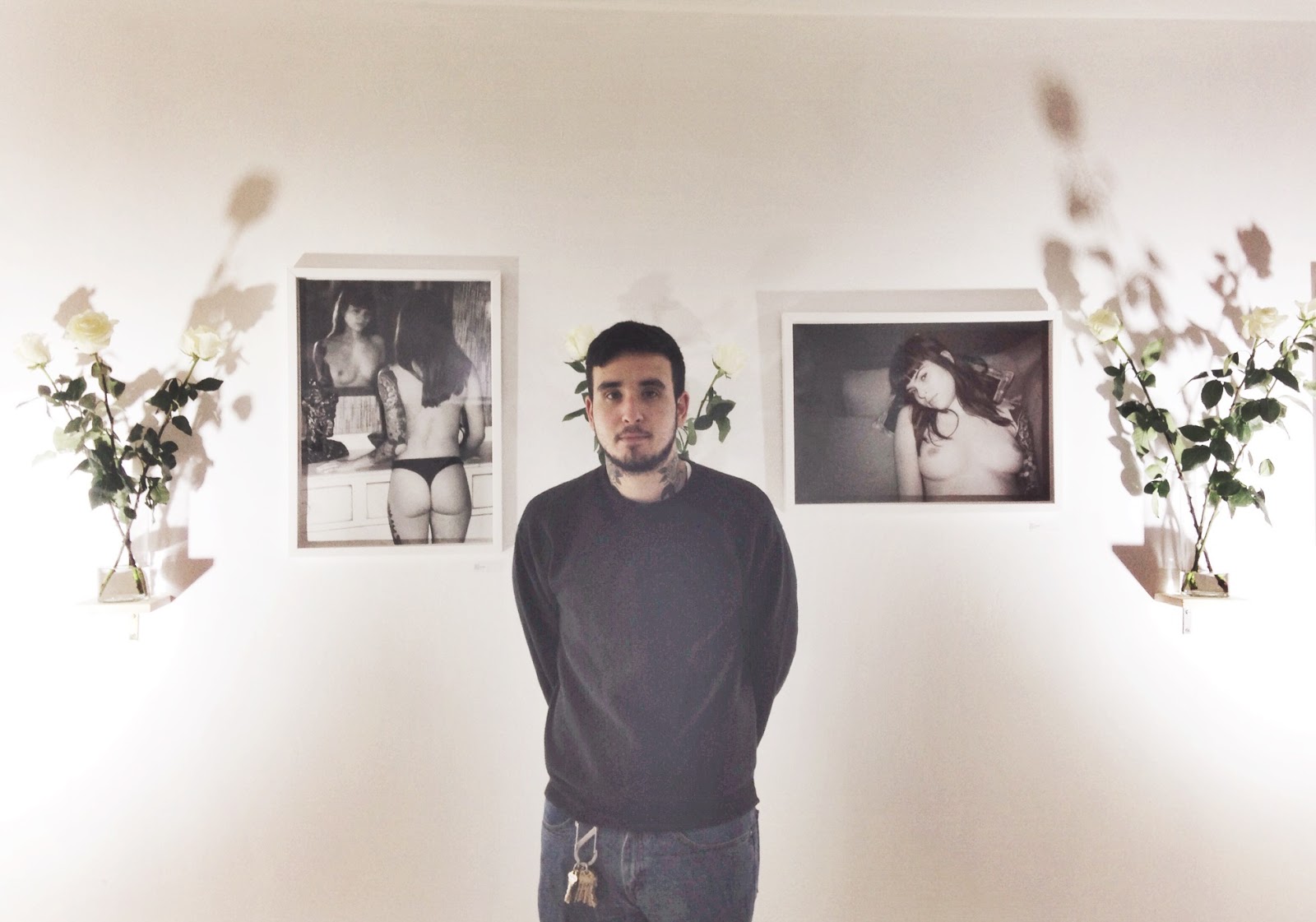 Javier Betancourt with his series, Sami.

Javier Betancourt—photographer, tattooer, and owner of famed Miami tattoo shop, Ocho Placas—rents eight rooms, guts them, and paints their walls white to create a gallery setting for the six artists involved in Volume 1 of This Is Meant To Hurt You. Betancourt conceived this multimedia art publication “to re-imagine subjects that have been traditionally maligned by polite society, such as tattoos and fetishism, by presenting them through a refined and romantic lense.” Betancourt hand-selected Jason Boyer, Daniel Albrigo, Tamara Santibanez, Chase Libson, and Jose Leyva to showcase work in his publication’s first volume. 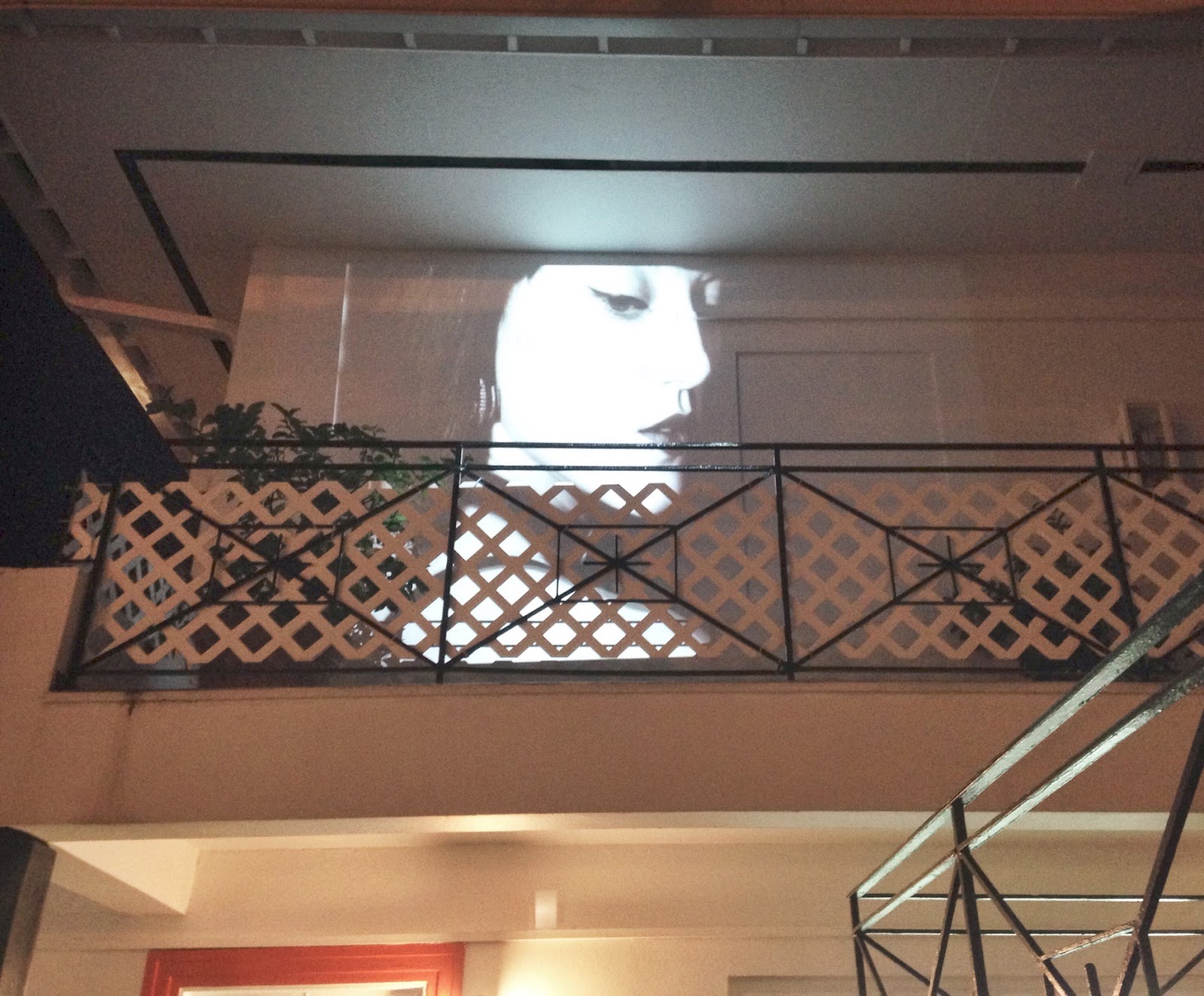 Each artist dominates different mediums in varying styles, all emulating the same command and off-kilter, timeless aesthetic Betancourt thrives on. Daniel Albrigo, Long Beach Ca. tattooer, photographer, and installation artist, hones a gritty-Americana intrigue throughout his work. In his room, checkered green racing flags among monochromatic-realist paintings of Nascar scenes complement stars and stripes by photos of a Raymond Pettibon (spitting image of Chevy Chase) sweaty and digging through a bucket of baseball bats. 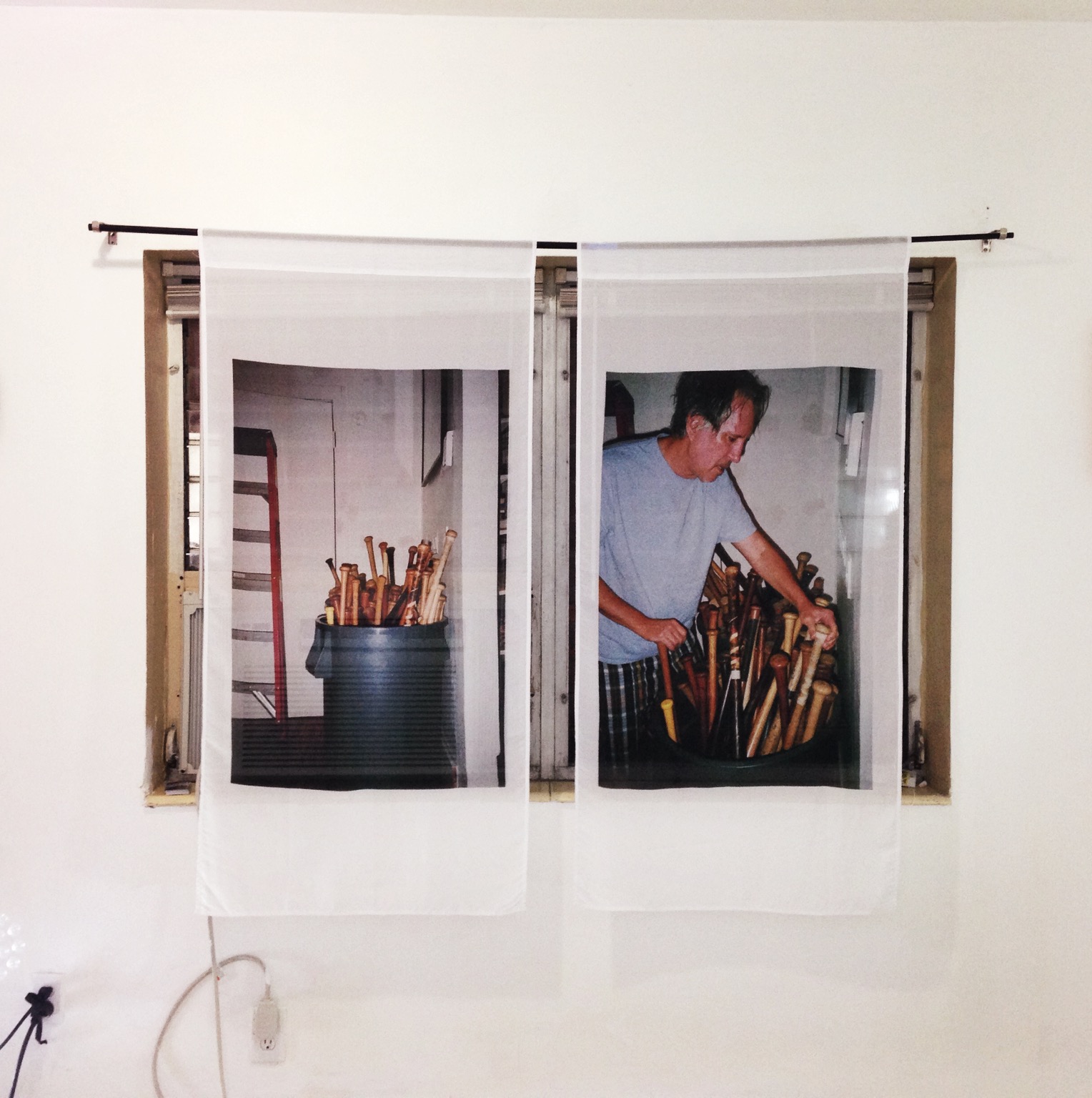 The next unit over displays Tamara Santibanez’s pieces; these are insanely detailed, ballpoint renditions of classic heavy metal and industrial band shirts done by hand on paper-thin white tees. Aside from revealing her impeccable music taste, Santibanez’s work proves a tattooer’s hand is steadier than the rest, mimicking stitching through fine cross-hatching and stippled marks. 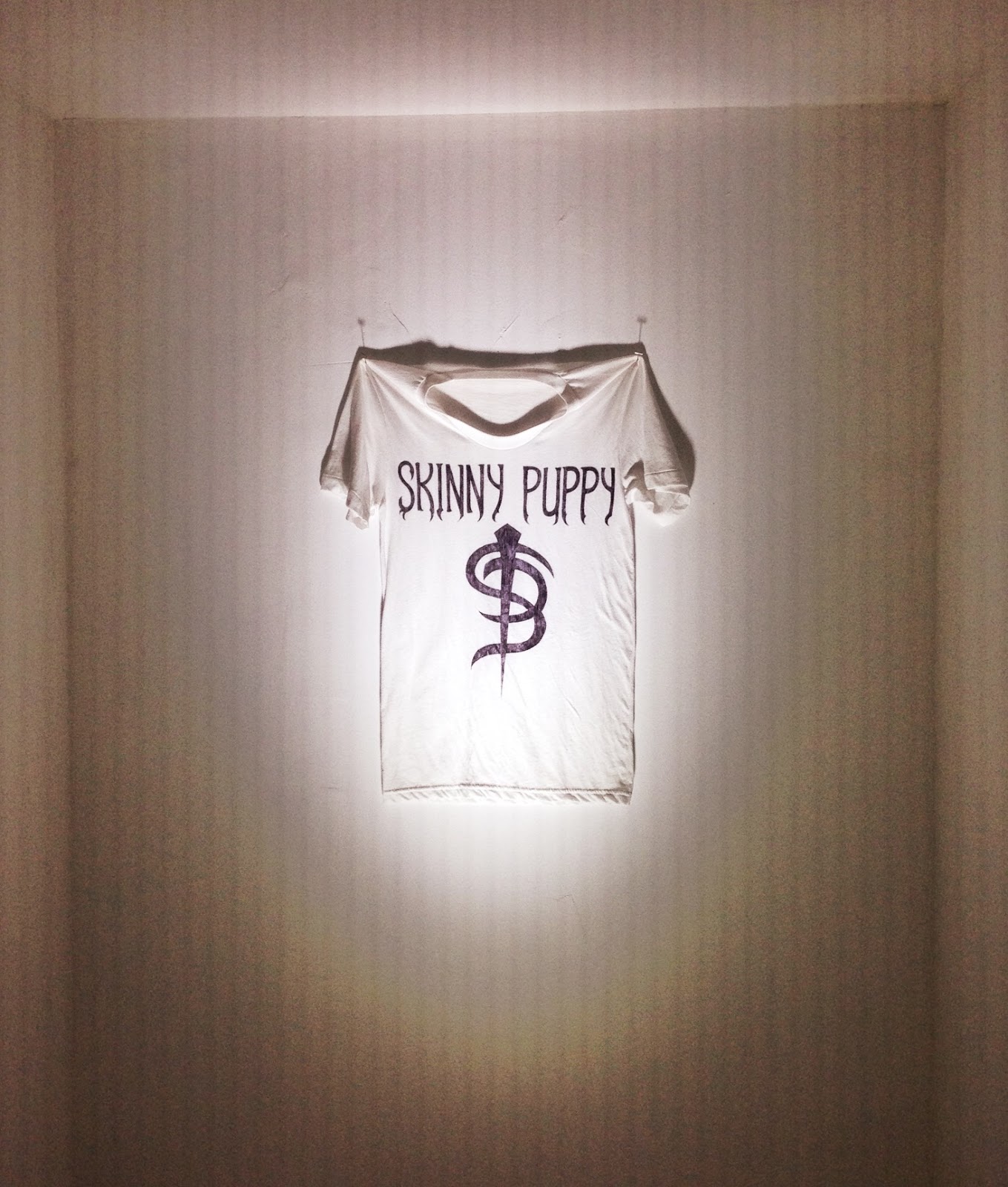 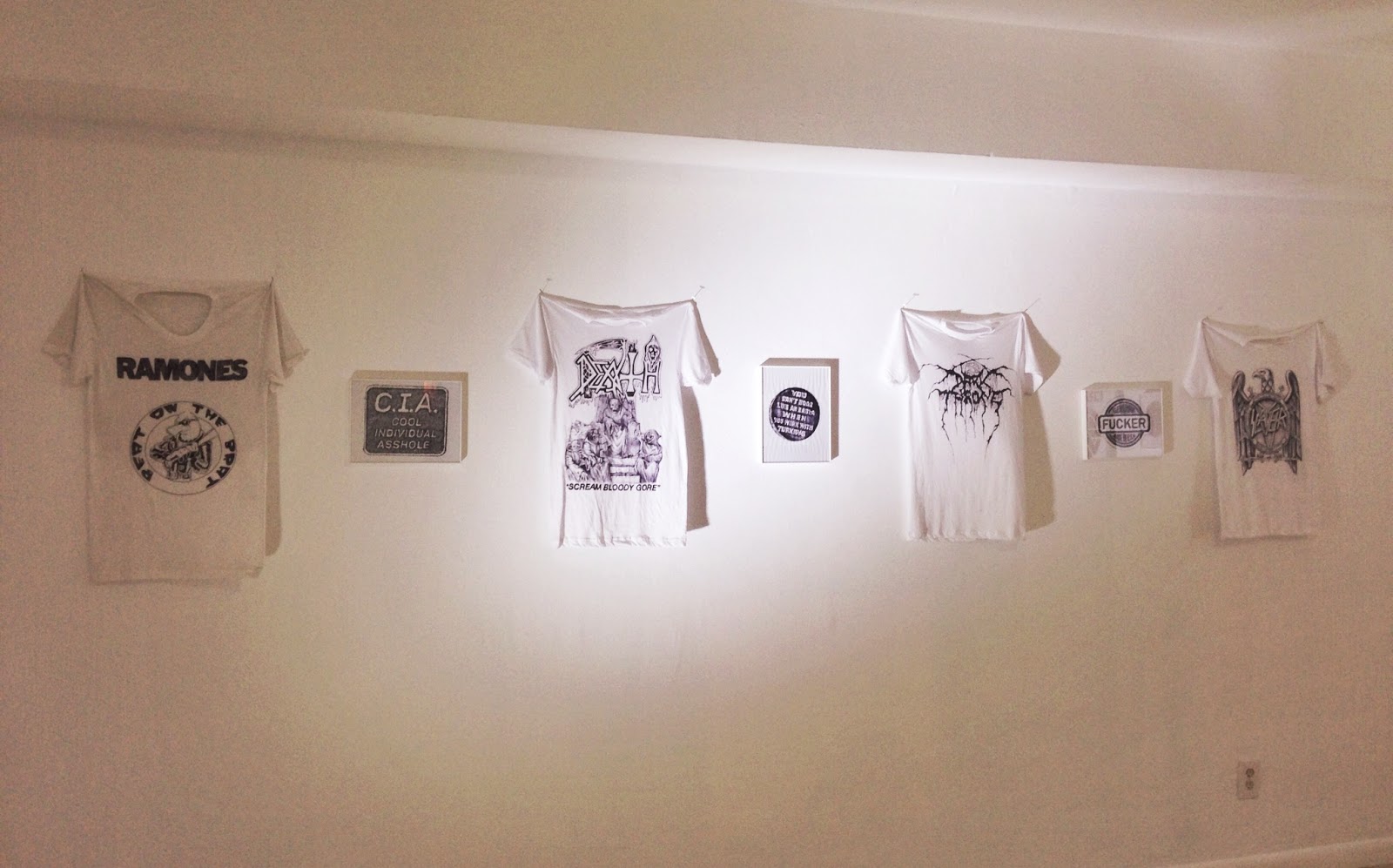 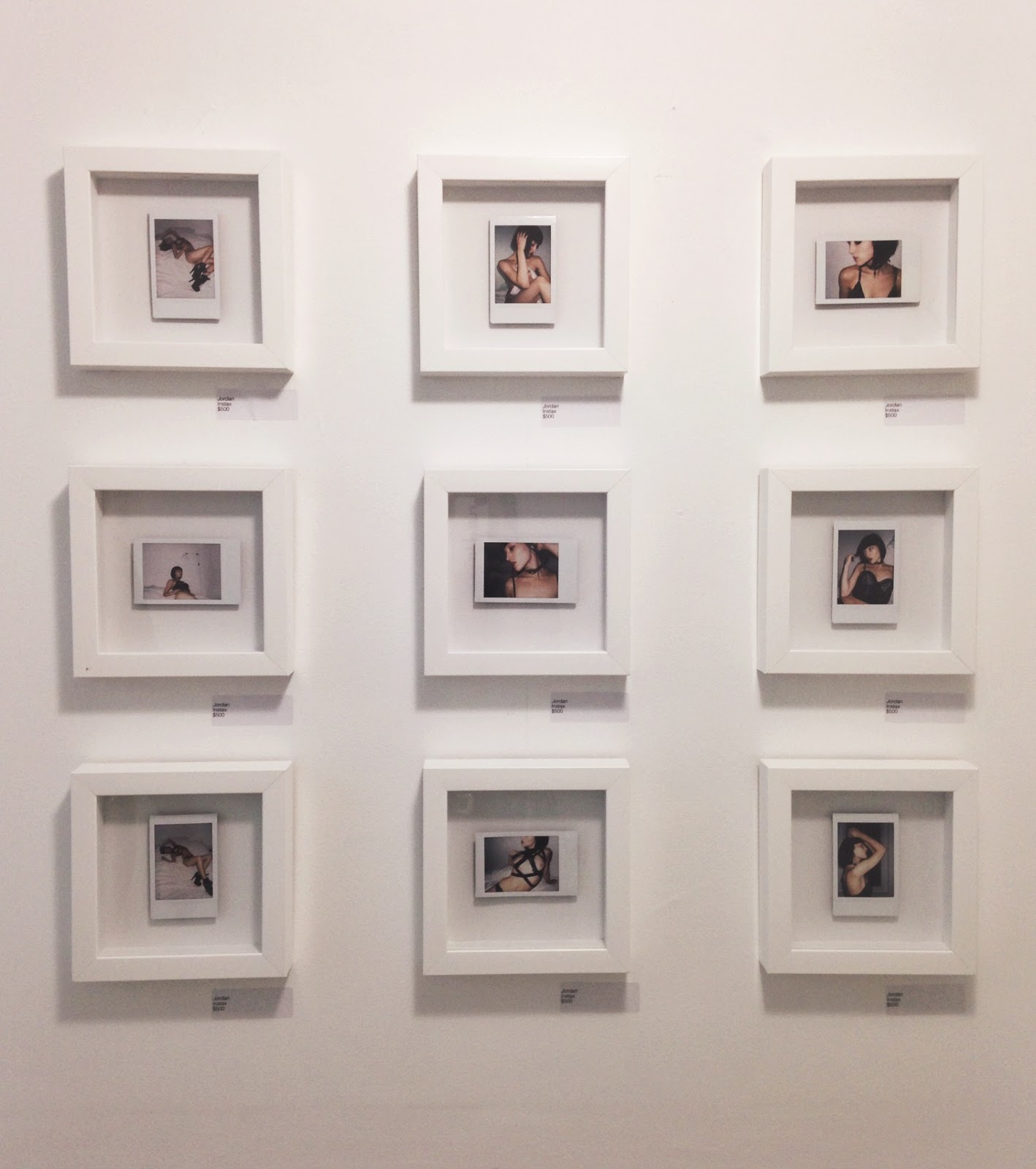 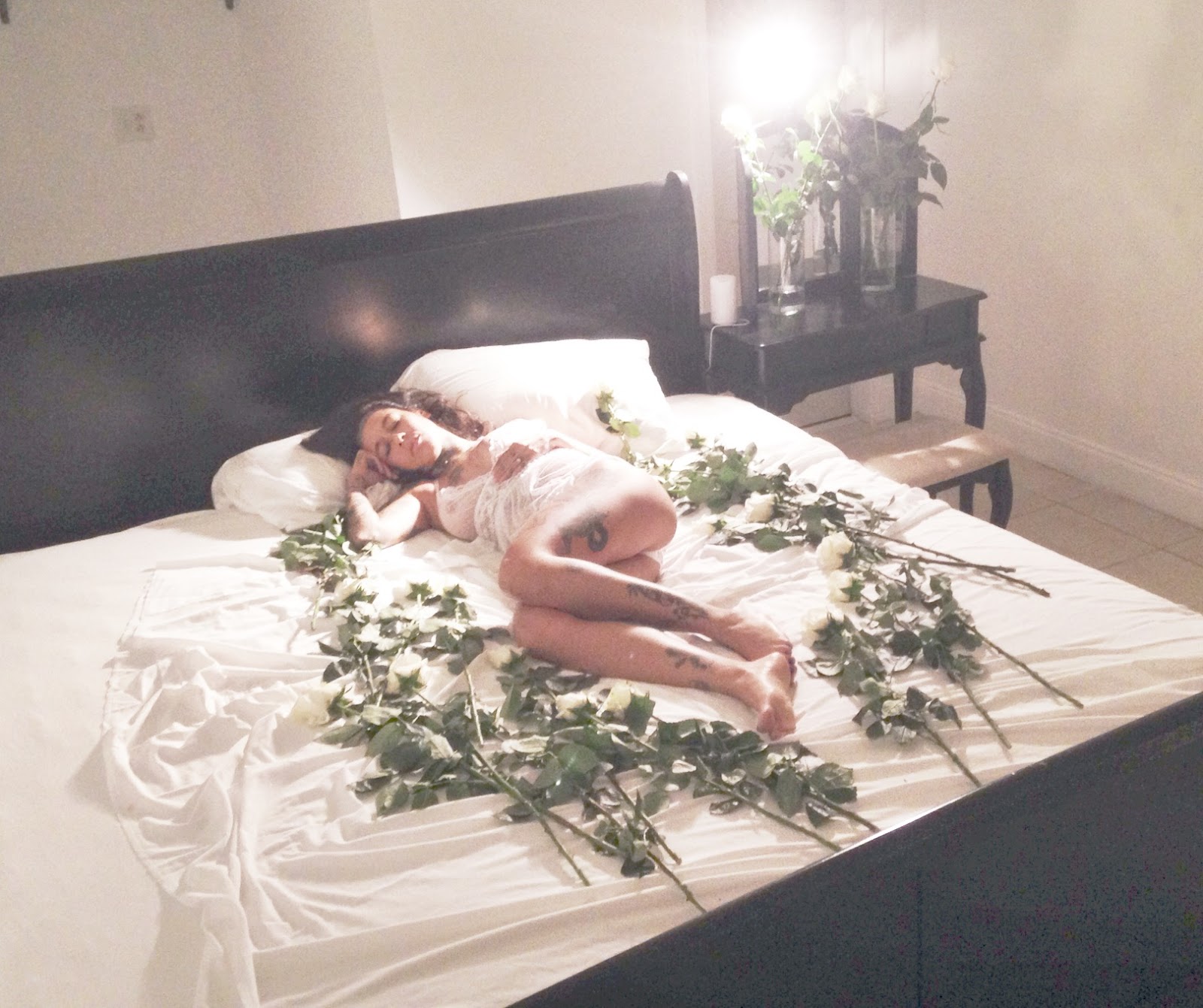 Sleeping Beauty, commissioned for This Is Meant To Hurt You, book release and installation

Meanwhile, Betancourt’s rooms are plain intimate. He even has a performance piece with a tattooed woman in white lingerie, sleeping in a bed of white roses. With voyeuristic, romantic shots of beautiful, inked women—Betancourt’s work is meant to hurt you. Diffusers mist heady botanical scents from Montreal-based olfactory lords Lvnea, who collaborated with Betancourt to create unique elixirs for each room. His most candid series, Sami, lingered with the smell of crushed roses and leather mixed with burnt metal and wood, forging an atmosphere that is all at once decadent, ripe, and destructive. Betancourt’s portraits are vulnerable, more so for the viewer than the subject; the photographed are in control, scantily-clad yet powerful and comfortable with themselves. This is the kind of series you’d want an ex to stumble upon—the kind that makes them realize how bad they screwed up and how better off you are without them. Between the bouquets of white roses and seductive photographs a la "Criminal"-era Fiona Apple, Betancourt successfully conjures a tasteful atmosphere of reverent longing. What more could a motel ever hope to become? 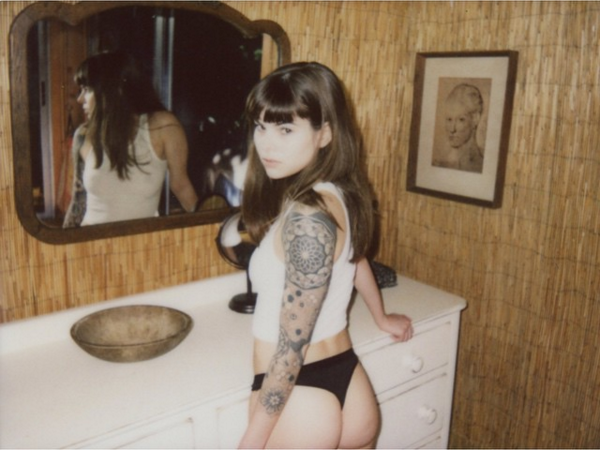 This Is Meant To Hurt You Vol.1 is available for purchase online at thisismeanttohurtyou.com. The show was on display from December 4th-5th.

[NSFW] Jonathan Leder Revives the Art of the Pin-Up