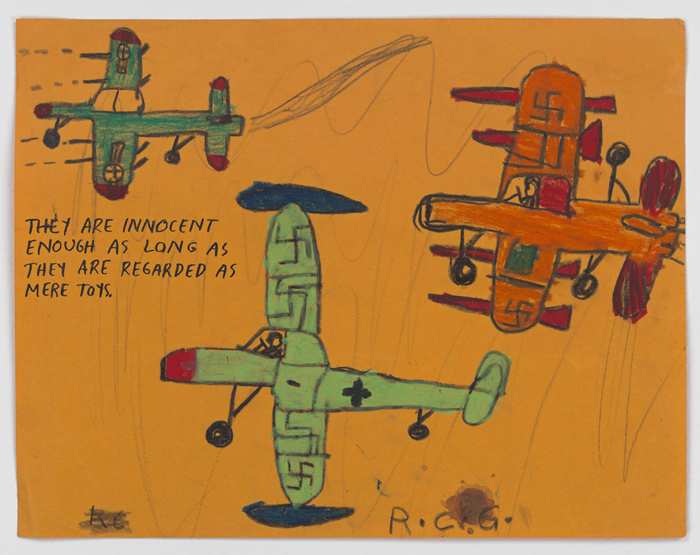 In the first half of his life alone, Raymond Pettibon has produced an estimated 20,000 works. And, although an artist’s prolificacy can sometimes evoke the question of quality versus quantity, his use of culturally relevant text alongside often politically-charged visuals coalesces into a larger narrative. Together, it suggests that what really matters is the message.

In his retrospective, Raymond Pettibon: A Pen of All Work, currently on view at the New Museum, the range of work on display is tantalizingly diverse, from monochromatic pulp zines from 70s Los Angeles’ underground punk scene to his larger, vibrant paintings of the late 90s and 2000s. 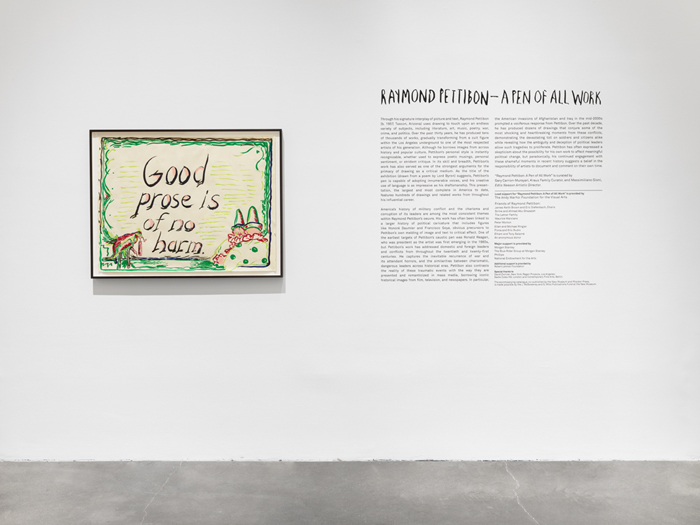 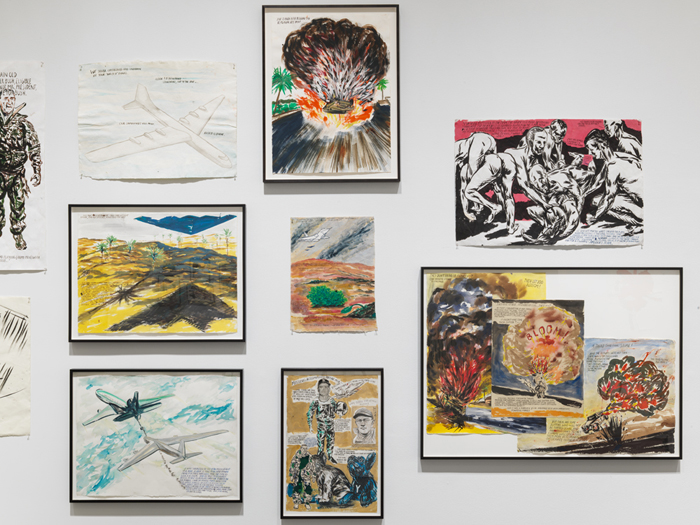 Pettibon’s work coheres in its constant critique of American sociopolitical issues. One of the show’s four curators, Massimiliano Gioni, tells The Creators Project, “What is happening in the course of Pettibon’s career is that, in a sense, the drawings have become progressively more and more receptive, and so going through the show is very similar to an experience of cacophony or polyphony. You have a sense of hearing a multitude of voices speaking all at the same time, and the more complex the drawings become, the more also the choices of the sounds and voices and sentences then become themselves more complicated ... In this exhibition, the sheer quantity creates a wall of sound, or a cacophony of sound, that the viewer is assaulted with.” 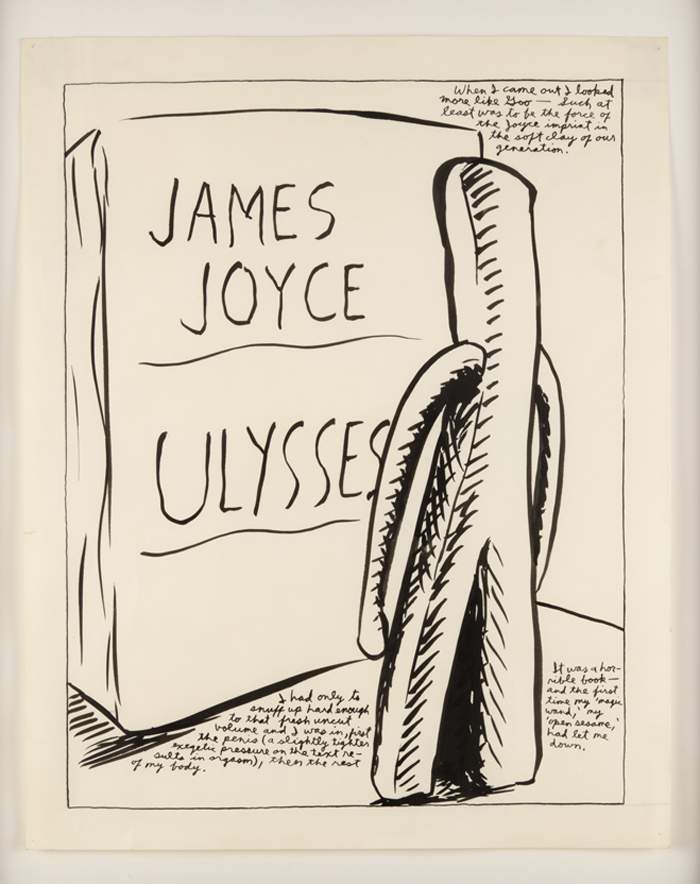 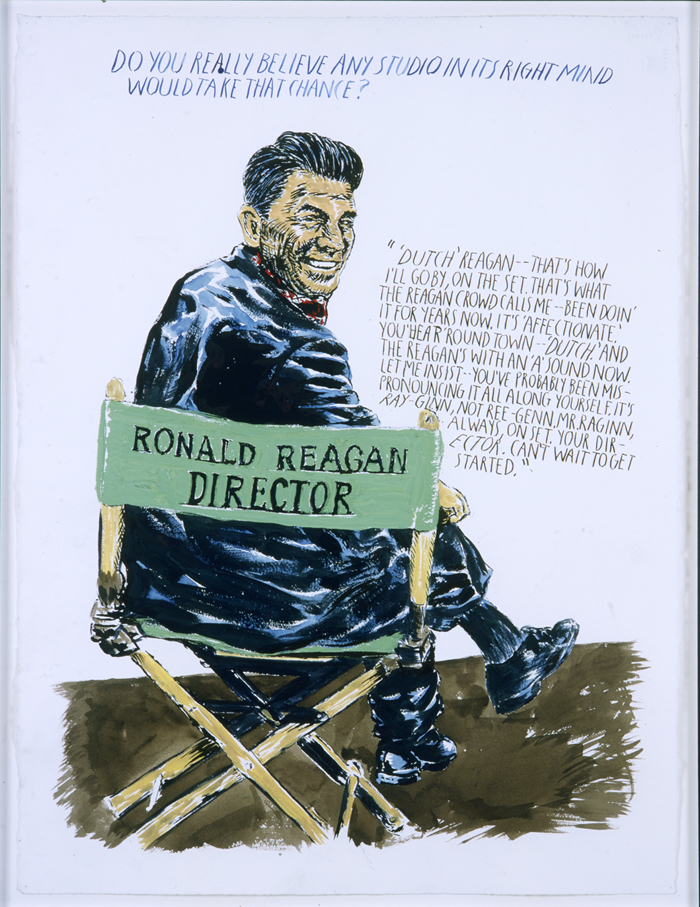 Eschewing traditional retrospective design, the curatorial team chose to fit Pettibon’s 940 drawings into themes incorporating social criticism and varying visual styles. Gioni elaborates that, “The construction of the show itself is not traditional, in the sense of chronological presentation, and in fact, within each thematic we have created to present Pettibon’s work, we present the works from different moments in his career and history, so you have this strange confrontation [where] the more graphic work is next to the more painterly work, going through his work, in a sense, vertically rather than horizontally.” Whereas traditional retrospectives explore an artist’s oeuvre linearly, each floor of Pettibon’s retrospective represents a different theme. Gioni recommends starting on the fourth floor, which showcases the artist's political criticism, then passing through various subculture forays on the third, and ending on the second floor, where the voice of the work is most clearly distilled to that of the individual artist. 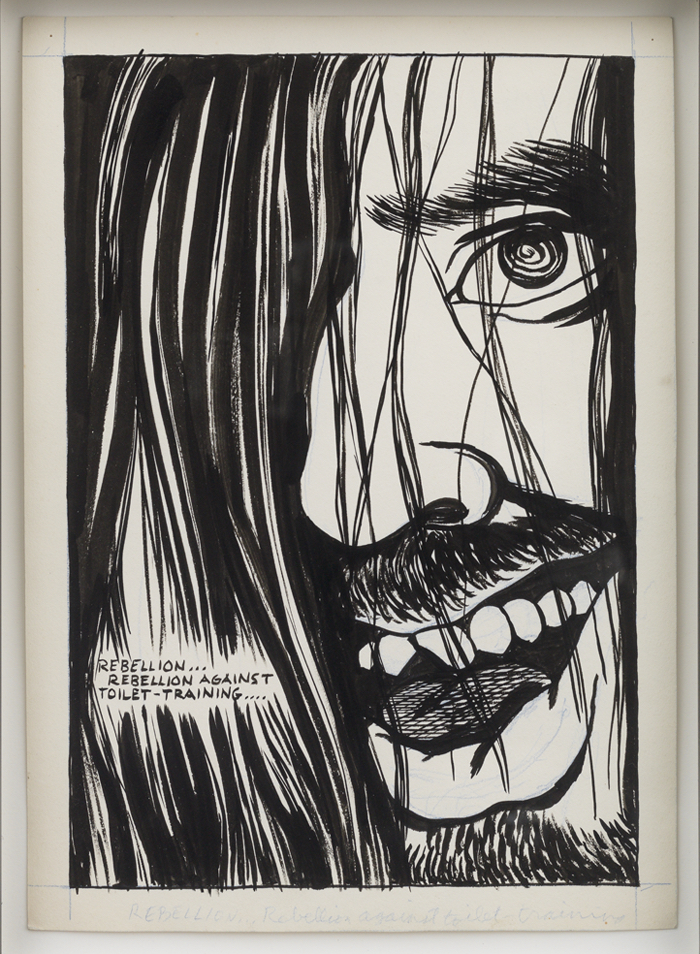 Perhaps most intriguing about the exhibit is the viewer’s struggle to hear Pettibon’s singular and distinct voice. Intentionally obscured by trite social commentary borrowed from various sources and, at times, interspersed with Pettibon’s own words, the drawings ask, “Who is speaking in this work?” Gioni believes that question is integral to Pettibon’s oeuvre. He explains, “It is a question everyone is asking themselves when faced with his work, particularly his most violent work. I think the beauty and the specificity of Pettibon’s work resides particularly in that sense of confusion and doubt that each work poses to the viewer when you’re standing there and reading it.” He goes on to discuss the handwritten text as a false indication of an authentic voice. Through the inclusion of contrasting viewpoints, Pettibon’s drawings are more catalyst than confession. According to Gioni, “The words are as researched and studied as the drawings themselves. [They] are used both graphically and, in a sense, culturally and visually, and so they construct that sense of mystery and distance very typical of Pettibon’s work.” 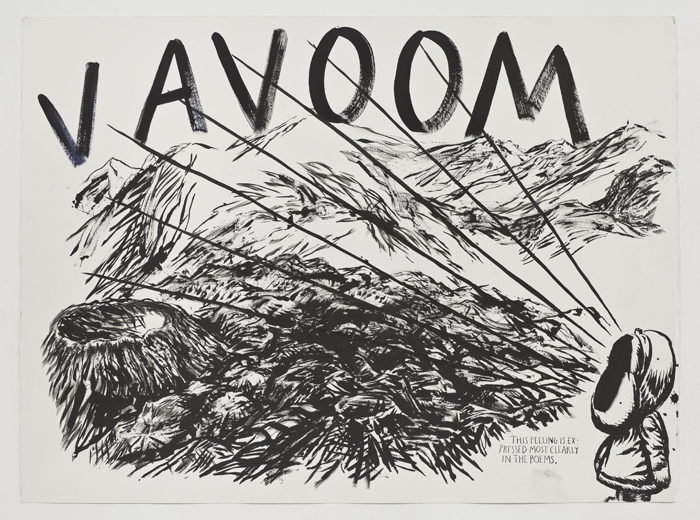 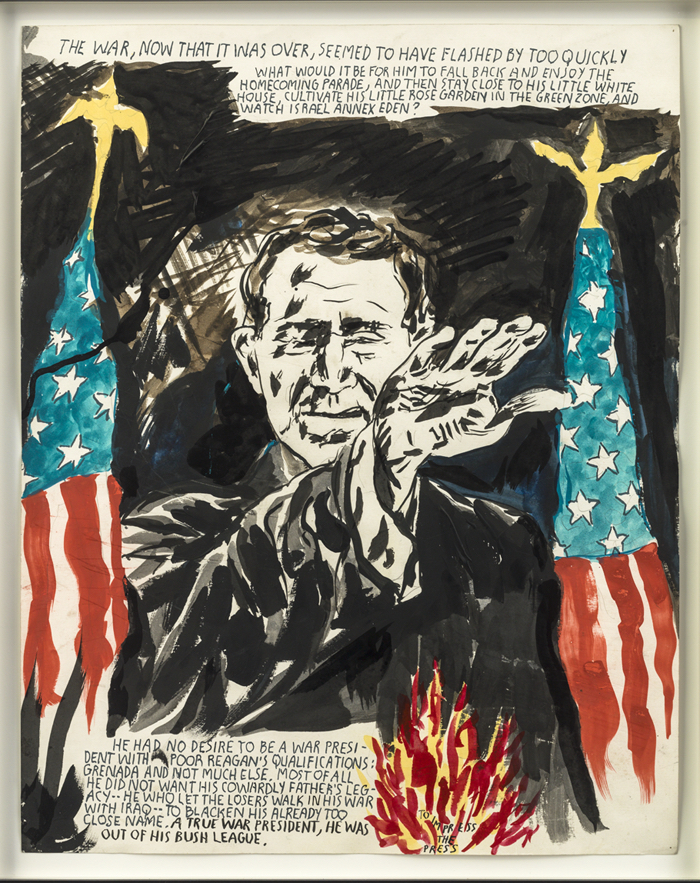 In his early zines, Pettibon’s sentences are succinct and, at times, base—this was before he began appropriating text from other sources. Words in later works are borrowed from Proust, Joyce, film scripts, and newspaper headlines, and present a more complex philosophical stance. Yet, without any text indicators, the viewer is left wondering if it was Pettibon’s worldview and perspective that expanded, or simply his source library, with the advent of the internet. Regardless, the quantity and complexity of text in the exhibition poses the overarching question: Who is the real Raymond Pettibon and what is he trying to say? 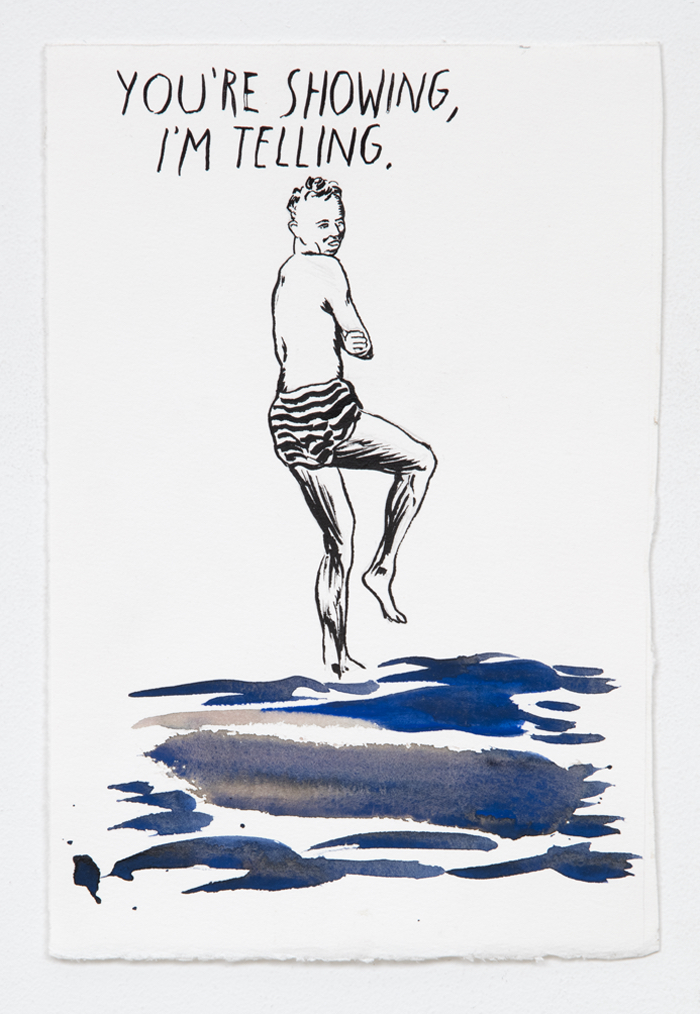 Raymond Pettibon: A Pen of All Work is on display through April 9, 2017. Visit the New Museum’s website for more information about the exhibition.

A Drifter’s POV Colors Landscapes of the American West