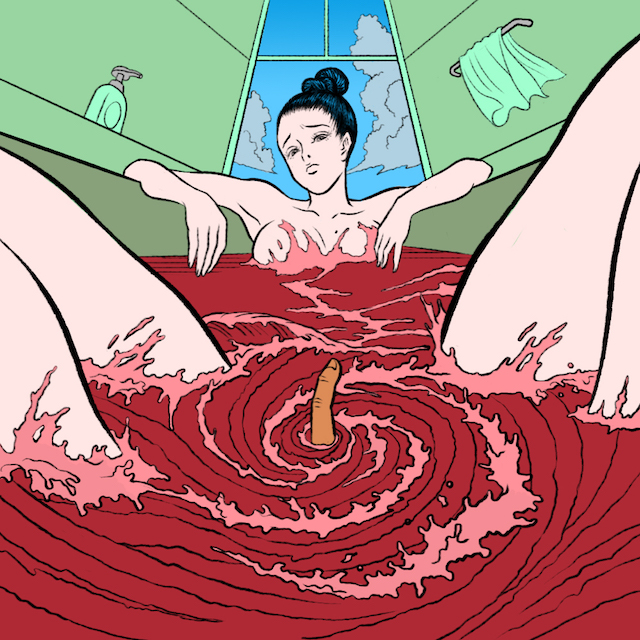 For a day job, Taiwan-based artist Pigo Lin works as a professional watch designer. In his spare time, Lin indulges in another relatively traditional line of creativity—erotic art. With a Masters in Fine Arts from the National Taiwan Normal University, Lin creates a wide array of colorful and cartoonish soft erotica illustrations. Lin, who posts regularly on Instagram, imbues his work with a heavy dose of Pop surrealism in a style that seems like a mixture of anime and guro, the gore art of Japanese rebellion.

In Lin’s Private Jet, a female astronaut ejects jets of fluids from her breasts and vagina while floating in space. Lin also plays with the Pokémon franchise by picturing Pikachu with a human face blasting out of a young man’s pants. 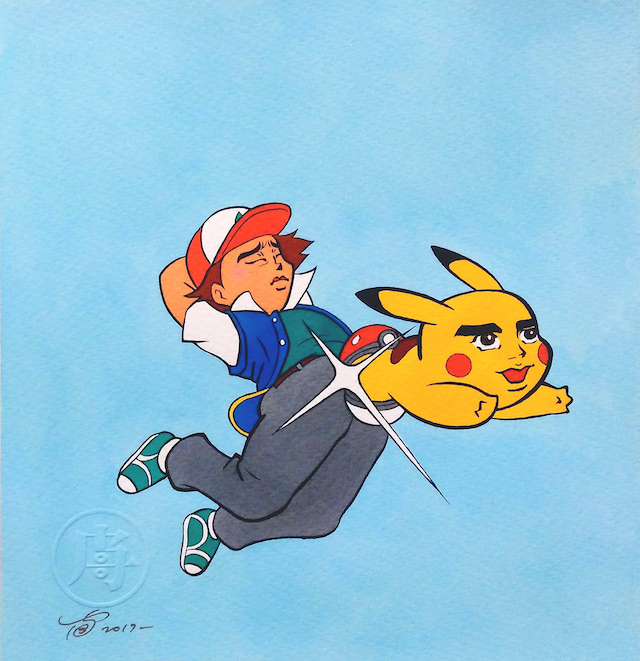 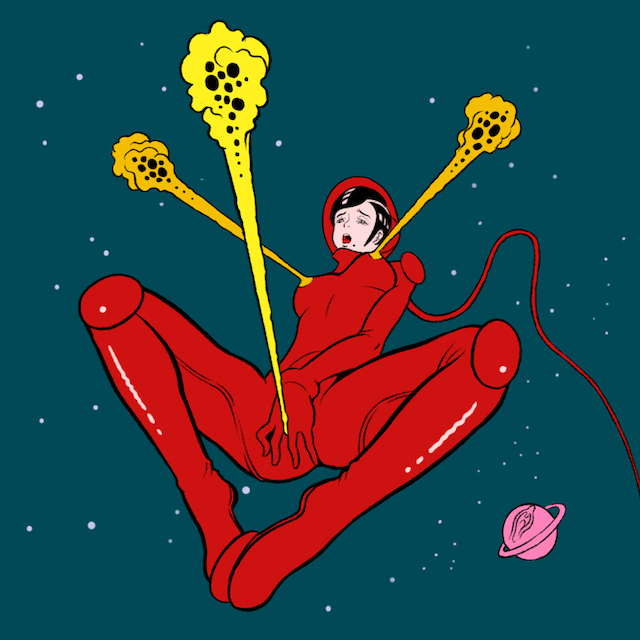 “I think sex has different possibilities,” he adds. “Although I am bisexual; men's love is also interesting to me.” 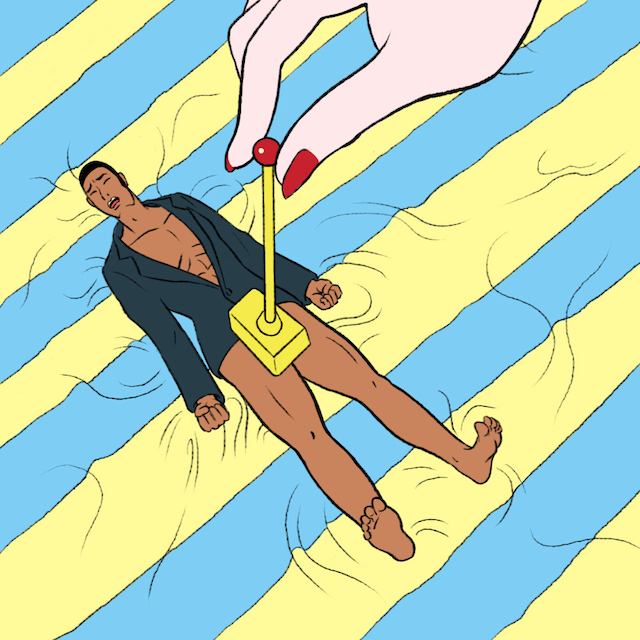 Lin loves everything about sex, and his work isn’t simply about sexual autonomy and liberation, either: it's about sex in all its complexity. The illustrations are also a way for Lin to explore his sexual fantasies.

“I admit that these works are my desire,” he writes. “In fact, I want to do these things in reality.” 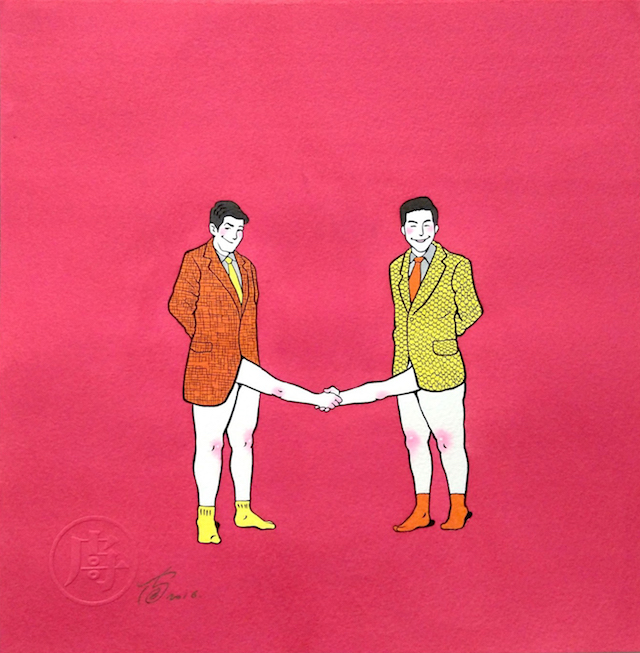 Shake your hands, be a friendly gesture

To create his work, Lin creates drafts in Adobe Photoshop. After confirming the drafts, he then uses various types of drawing ink on Saunders watercolor paper. Both curators and Instagram users are taking notice of the quality of the work. 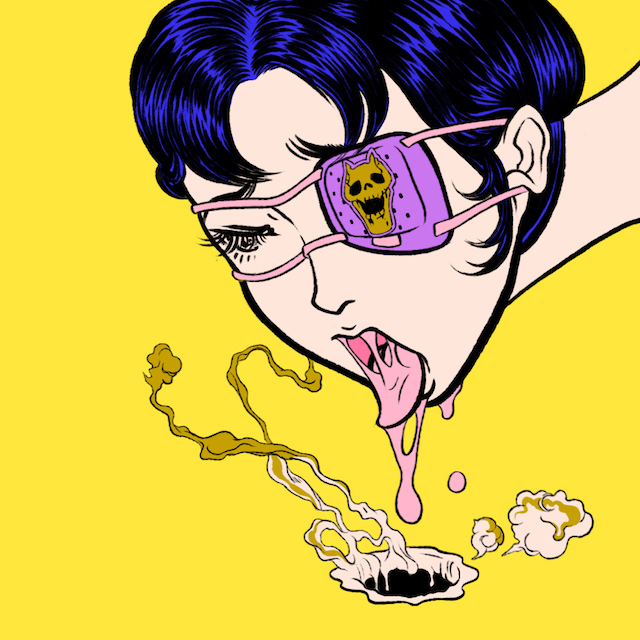 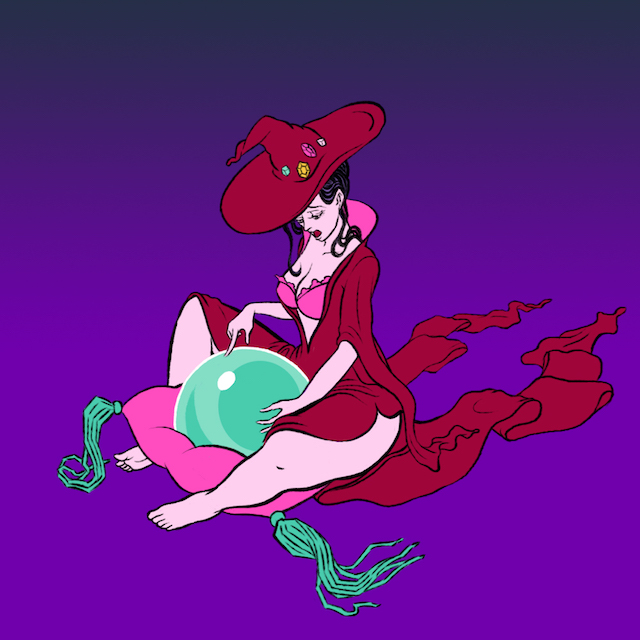 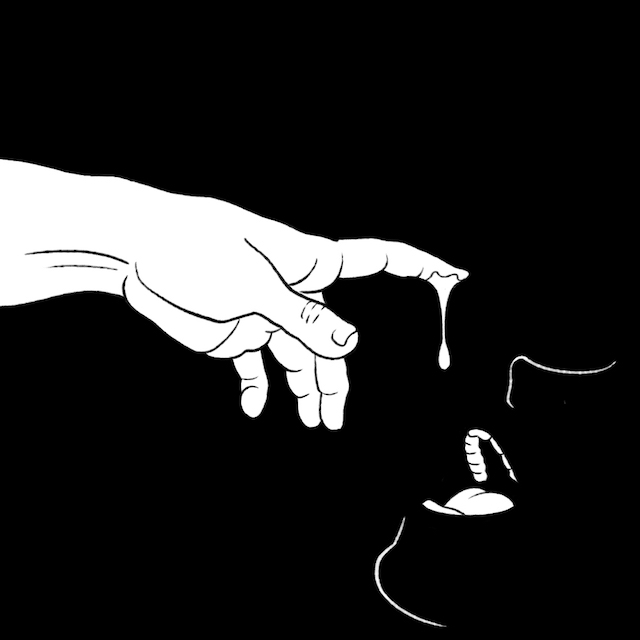 Ancient Dragons and Pop Art Play on These Colorful Canvases