Screencaps and GIF by the author, via

Taking stylistic cues from Oliver Stone and Hunter S. Thompson, Miami-based musician and animator Niko Javan establishes an entheogenic desert vibe in his new music video for "Mental." Javan is one of those few exceptional talents that can make a track and visuals to match. The concept is rooted in lyrics sung by Michele Wylen—“Mental is about being genuine, conscious and accountable for your own actions, even if everybody disagrees with you, and makes you out to be insane,” Javan tells the The Creators Project. The video doesn't necessarily have an asserted narrative and is more about showing what Javan calls the “insane part” of his imagination, and, most importantly, being comfortable inside your own wild fantasy. 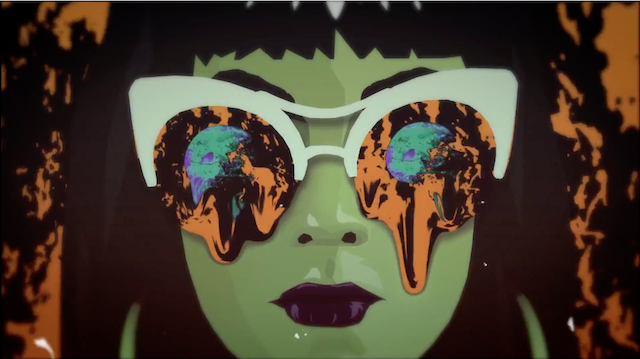 The psychedelic animated collage was put together using a combination of Photoshop and After Effects. Javan built the layers of each composition inside the former and then imported them into the latter, where he added motion and brought each landscapes to life. The artist says he made the video with the intention of capturing a psychedelic ambience a lá Fear & Loathing, but with traces of spirituality. Sonically, he draws inspiration from acts like Bassnectar and Odesza while, visually speaking, he considered the topography of Tarot Cards as well as the seminal trip-out film, The Doors. Go "Mental" below:

You can check out more work by Niko Javan on his SoundCloud and Instagram.

Drift Through Ancient Psychedelic Temples in a 360°Music Video [Premiere]

Surge Through A Psychedelic Abyss In LEON's New Music Video