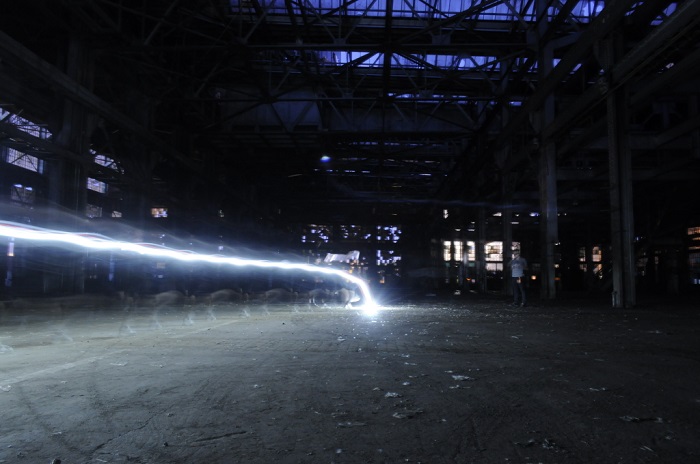 All images courtesy the artist

Though remotely-piloted unmanned aircraft are traditionally used in military operations, commercial drones are gaining popularity with artists, who use the increasingly agile and multifaceted creative tools for everything from aerial photography to guerrilla painting. These modern inventions not only fly high enough to capture arduous landscapes from unseen angles, they can also fly in close proximity to the ground and are small and agile enough to photograph a variety of images otherwise impossible to capture. 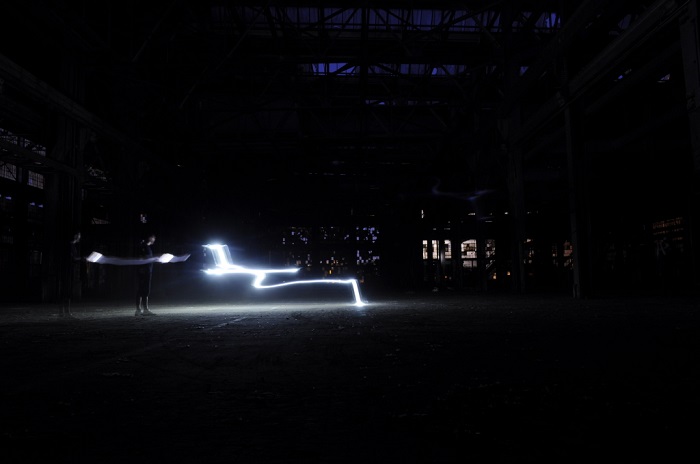 In Constellations of the City, a tantalizing drone-based experiment, Montgomery creates abstract light paintings using LED lights attached to a remotely-piloted quadcopter. Captured with long-exposure photography, light is painted into the night sky by the movements of the drone.

“Constellations of the City was an experiment with an unreliable technology. We tried to control a Parrot AR Drone with a javascript interface to draw a form made by connecting dots (representing abandoned or transitional spaces) on an aerial map of Downtown Albuquerque. This project was created with a group of students and we spent a number of chilly nights in an abandoned lot downtown trying to get this drone to fly a prescribed path to create a timed exposure print,” Montgomery says. “We found ourselves creating a series of abstract drawings in the air with the Albuquerque Railyard Market as a backdrop.” 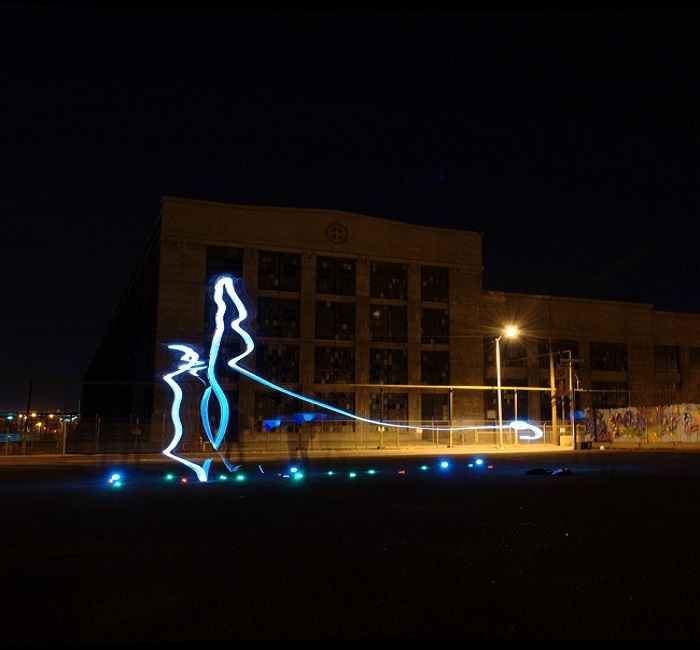 Using abandoned and unused transitional spaces in Albuquerque, these domains have since transformed into sites which are vibrant hubs of activity. “When we were shooting Constellations of the City, the Railyard was an abandoned building. Now it's a weekly farmer's market and a place where various events are held. So there was a public art impulse to our project, as well as a commentary on the possibilities of bodily extension and the surveillance based monitoring of urban areas through GPS and drone technologies.” 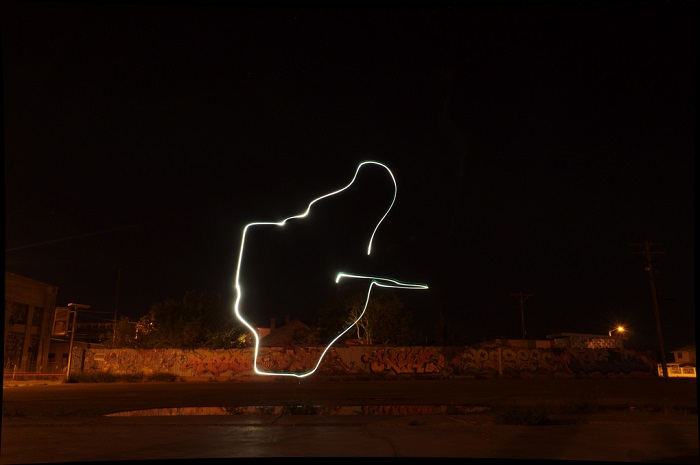 Montgomery’s projects not only develop an understanding of how urban spaces are used and inhabited, he develops a dialogue questioning the drone’s current use as a surveillance mechanism. “The most successful of my projects, and many of the projects I have seen are the ones that engage the idea of stealth and cybernetic extension that are built into the notion of a drone extending our senses so that we can see from above or far away,” Montgomery explains. “Whether it's the military or a militarized police force using Predator drones or surveillance equipment or weapons on a more compact drone, the idea of stealth and insulation from culpability or consequence is always a factor in the public use of drones.” 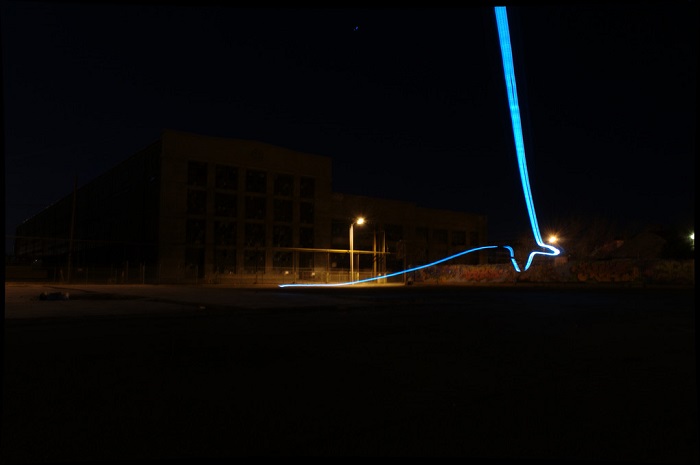 In a subsequent project, Learning to Write with Remote Control, Montgomery draws letters at an architectural scale using a similar method as in Constellations of the City. “In Learning to Write with Remote Control, I generated letters and symbols made by manually controlling a drone with a LED attached in front of a camera. I’m interested in the 'handwriting' that evolves, and how much the hand of the artist shapes the forms and how much the drone shapes the forms.” 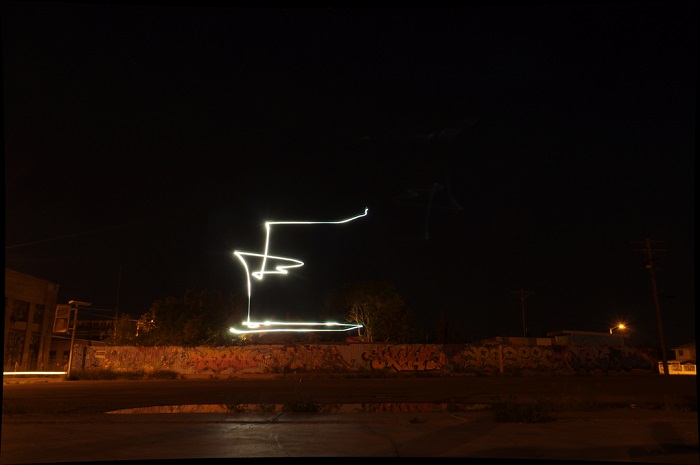