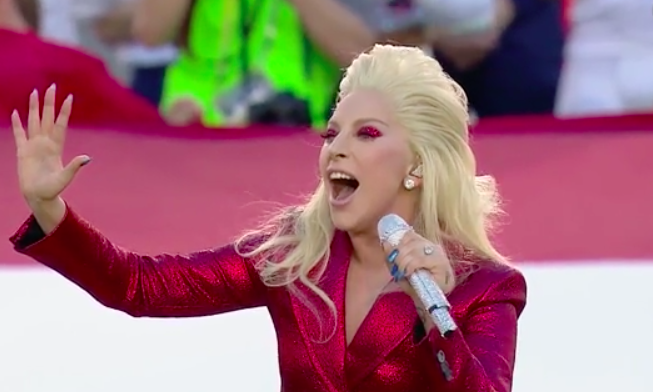 The drones will descend at this year's Super Bowl Halftime Show, and Lady Gaga will be Mother Monster.

The show amidst the showdown between the New England Patriots and Atlanta Falcons will feature the six-time Grammy Award-winner performing songs from her most recent album, Joanne. Previously, Gaga sang the National Anthem at Super Bowl 50, bringing fans to their feet with her slow-burn rendition in a shimmering red pantsuit.

This year's performance will most likely bring the same amount of showmanship and spectacle with the special additions of drones. According to CNN, the "Born This Way" singer will augment her performance with more than 100 unmanned aerial vehicles. Drones have the potential to not only illuminate a pitch-black NRG Stadium in Houston but also showcase a burgeoning and artist-favored technology by way of an ultra-anticipated performance. Previously, halftime-show performers have used production techniques like projection-mapping and LED light displays enhanced by Cirque de Soleil choreography.

A photo posted by Goodfellas Burgers & Beers (@goodfellasbarscs) on

A photo posted by Sagnik Sarkar (@ladygagamillionreasons) on

Watch Super Bowl LI at 6:30 PM EST on FOX. Check out updates from Lady Gaga on her Twitter page here.

Fly Inside a Byzantine Church in this Breathtaking Drone Footage