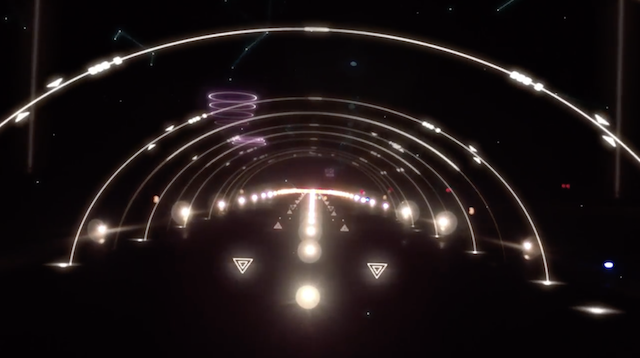 Screencaps by the author

Flying in restricted air space, especially with drones, is asking for trouble. But in the new FaltyDL video, viewers take a nighttime augmented reality flight across an airport. The video, shot by Rhizomatiks' drone wizard Daito Manabe, turns the airport into an immersive virtual reality—a psychedelic blend of physical and digital space. After drifting onto the runway, the drone leads viewers into arcs of light and illuminated geometric shapes.

“The music video was filmed by drones which are usually not allowed in the airport,” Manabe tells The Creators Project. “We tried to exploit such an attractive location to make the most of opportunity, which we can use the airport freely. AR technology was also used for a large part of the video.” 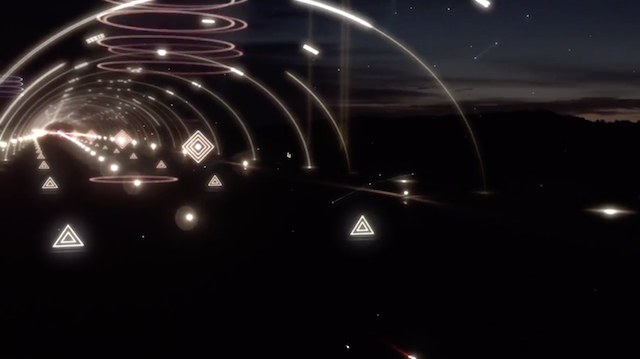 Manabe’s alluring visuals are perfect fit to FaltyDL’s electronic textures, which already have a sci-fi vibe. The song was a musical departure, FaltyDL tells The Creators Project, and the video reflects this transition.

“The process of recording the song ushered in a new style of writing for me, which is often few and far between in my experience with music,” Lustman says. “I cut back on a lot of FX and drums I would normally overdose the tune with and let the basic elements speak for themselves.” 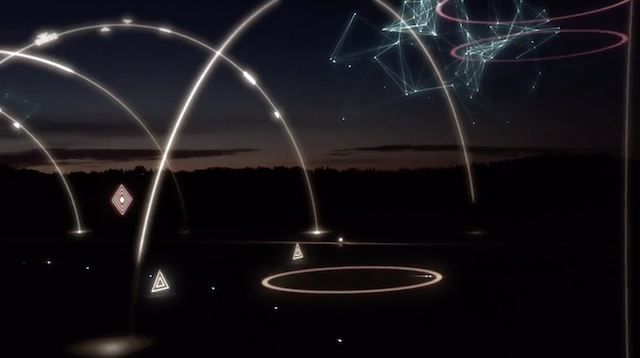 “The song is about a futuristic choir singing while being chased by police,” he adds. “I’ve wanted to work with Daito Manabe on a music video since we first worked together on ‘Straight and Arrow’ many years ago. He never disappoints.”

Two Artists Ask, is Virtual Reality Becoming "A Nightmare You Can't Wake Up From?"

[NSFW] An Artist Fooled Snapchat into Seeing Her Breasts as Faces