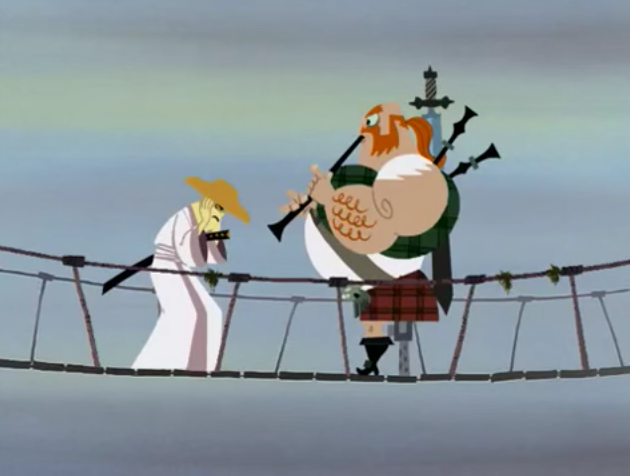 Right now every single episode of Samurai Jack is free to watch in a marathon livestream playing on the Adult Swim website, no login required. There's never been a better time to brush up on the iconic clash between the noble swordsman and cheeky evil demon Aku, since brand new episodes are returning to television for the first time in 13 years this March. Among the shows 52 episodes are countless villages that need saving, robots that need slashing, and eccentric friends and foes that make or break Jack's adventures.

Originally broadcast on Cartoon Network, the show's return on Adult Swim seems to be taking a darker tone—at least that's what we've gathered based on the jaw-dropping trailer that appeared yesterday, our longest look at Samurai Jack Season 5 yet. Watch it below.

Click here to watch the livestream which is currently playing Season 2 Episode 7, Jack and the Monks, at the time of posting. Tune in to Season 5 on Adult Swim March 11.

Samurai Jack Is Coming Back to TV

'Samurai Jack' Bleeds in the Longest Sneak-Peek Released So Far