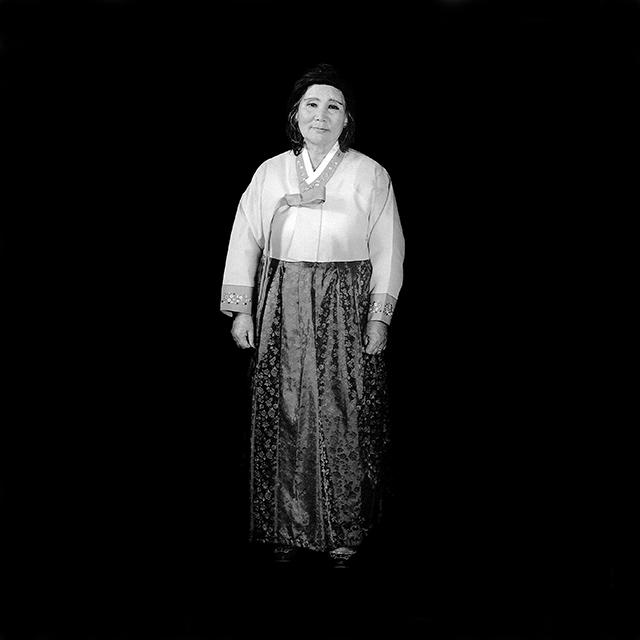 The term "comfort women" is both misleading and terribly ironic name. It refers to a group of women forced into sexual slavery by the Imperial Japanese Army throughout the duration of World War II. Thankfully, this practice concluded with World War II, but a haunting specter still lies over the surviving comfort women. The Portraits of 108 is a project by photographer Jinhyun Cha in which the photographer has taken portraits of surviving comfort women from Korea, one of the largest “suppliers” of sexual slaves to the Japanese army during the war. 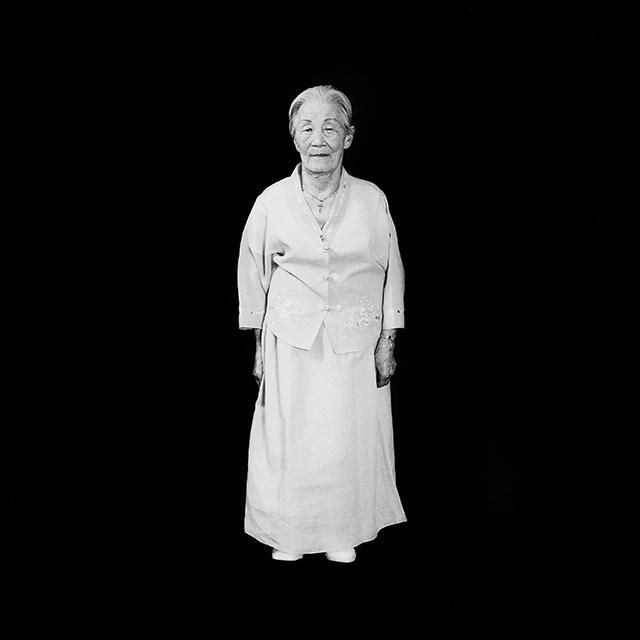 Cha’s stark black-and-white images hover somewhere between monuments to these women and eerie relics of World War II. Often adorned in flowing robes and showing clear signs of aging, the photographer’s subjects fade into the void-like blackdrop like spirits, evoking a strange fusion of elegance and phantasmagorical beauty. These women are in the twilights of their lives, having been born predominantly in the 1920s, a facet that only furthers the haunting nature of these images. 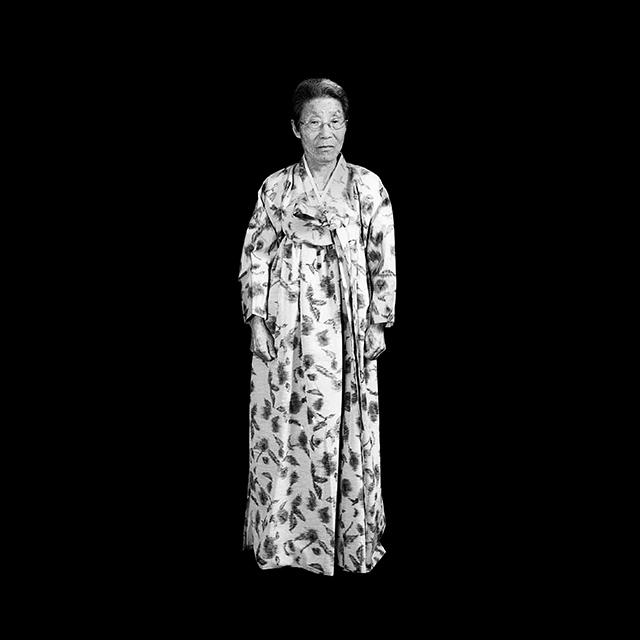 The title itself refers to the number of surviving Korean comfort women when Cha began the project in 2006. Coincidentally, the photographer explains that the number also signifies “the 108 defilements in Buddhism with which human beings are said to be burdened,” before adding that, “To have been forced into sexual slavery for the Imperial Japanese Army, I can only imagine that the suffering these women endured was far greater than these defilements, but symbolically, there seemed to be some connection.” 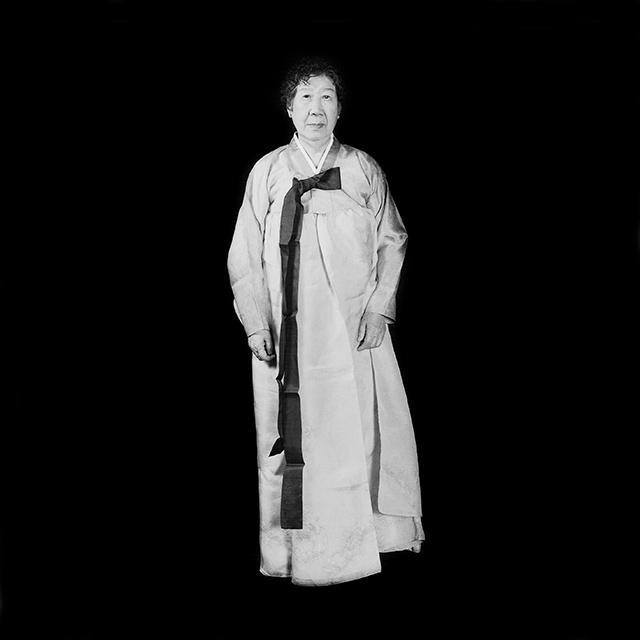 Although Jinhyun Cha is Korean and thus has cultural and ancestral ties to both the Japanese oppression of Korea and this vein of sexual slavery, the photographer’s motivations to create this project are different than what you might suspect: “This may sound ironic, but what motivated me was actually my absolute lack of interest in that particular part of Korean history. It was the reflective introspection on my ignorance and unconsciousness about history that acted as a catalyst,” Cha explains to The Creators Project.

“Before I started studying photography, one of my friends suggested that I get involved in supporting a citizens’ group that advocated for the comfort women. At the time, I didn’t take up the suggestion as it didn’t really speak to me. But strangely enough, after I began studying photography, I couldn’t get it out of my head.” 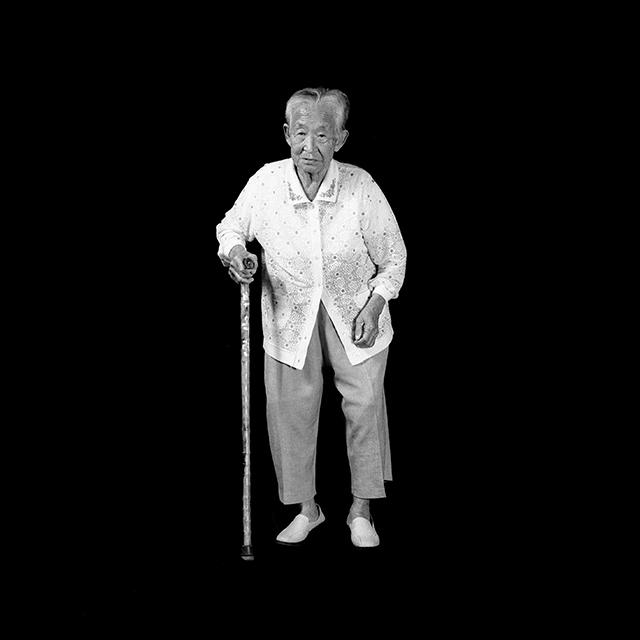 “I realized I had a grandmother who was about the same age as those comfort women. I felt so ashamed. I began to ask myself whether I could see them as just strangers. Weren’t they actually my—our—grandmothers? It could have been my grandmother who had suffered their fate and experienced that tragedy,” the photographer reflects. “That was when I started visiting the comfort women, one by one. I realized that I had to change first, and I wanted to encourage the same experience for others who thought the way I once had.” 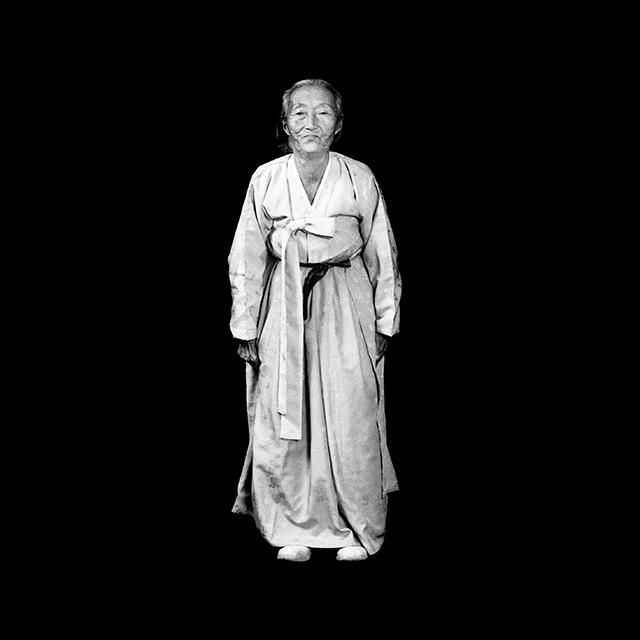 For more information on Jinhyun Cha’s The Portraits of 108, click here.

History Repeats Itself in a Found-Footage Augmented Reality Experience