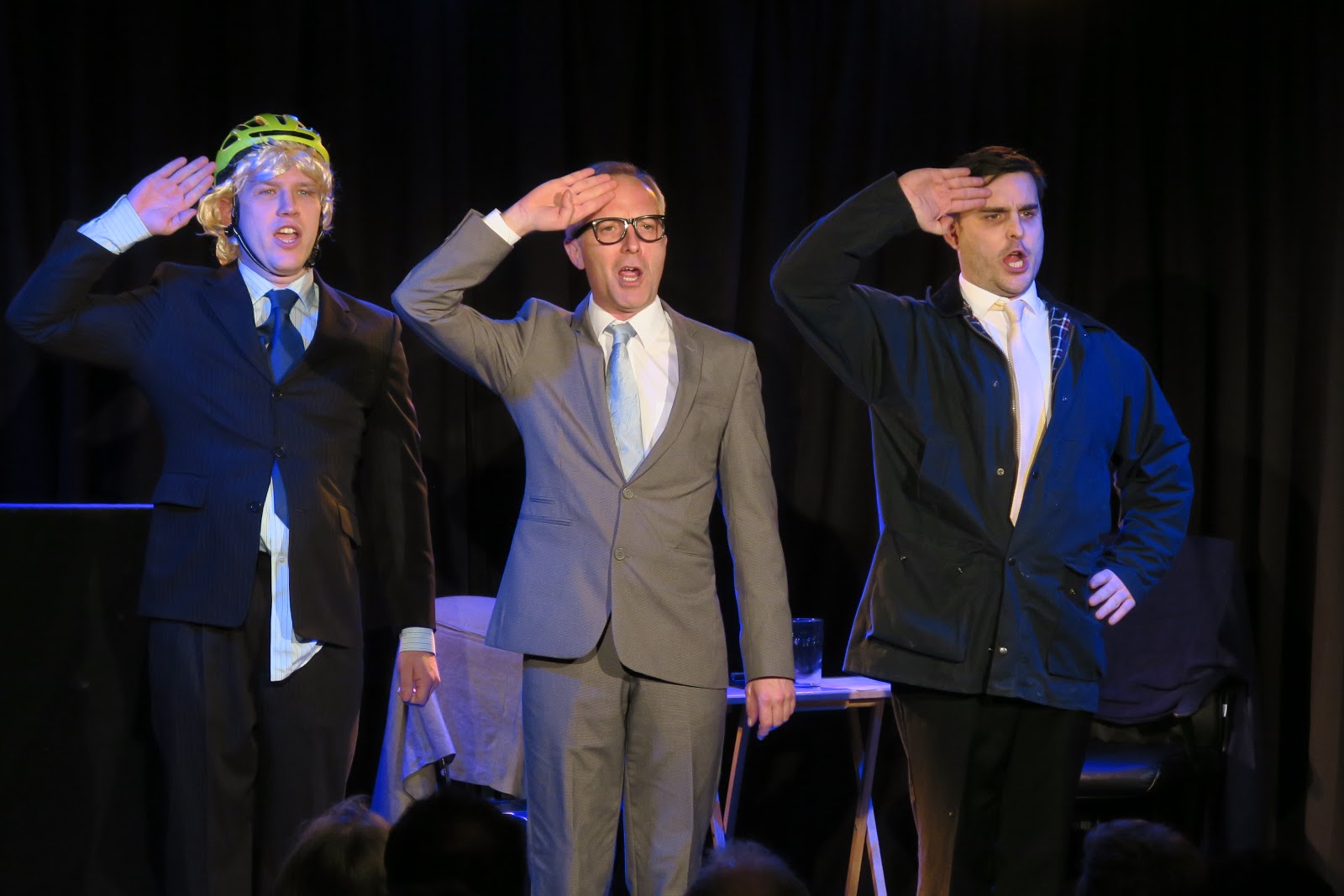 When times seem dark, people often turn to humor as a coping mechanism, and laughing in the face of misery is a cathartic exercise that’s most enjoyed by the British. So it was only a matter of time before someone wrote Brexit the Musical, a pub-singsong performance depicting everyone—most notably British politicians—as terrible.

“It practically wrote itself!” the writer David Shirreff tells The Creators Project. “So far, it’s been amazing how everyone seems to love the show.” Brexit the Musical takes its audience through the tremulous period leading up to the EU Referendum, starting with the negotiations between former Prime Minister David Cameron and the Eurocrats in Brussels, said to be holding Britain at ransom with an influx of immigration and poor trade deals. 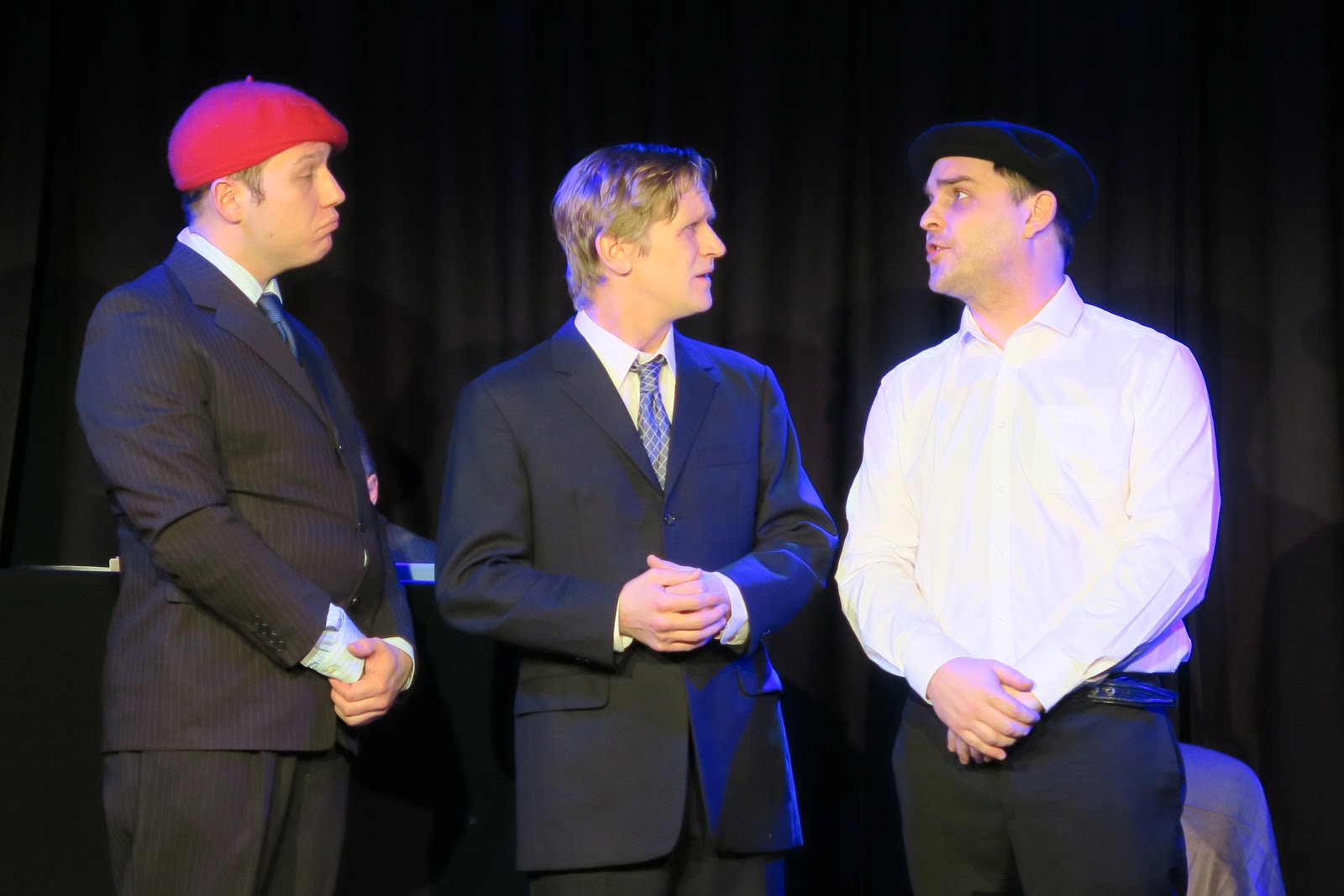 All the favorites are there, including a terrifying German Chancellor Angela Merkel and a particularly drunk Jean-Claude Juncker, President of the European Commission. The two-act show, led by Frederick Appleby on piano, quickly dives into the Leave and Remain campaigning: two months of non-partisan arguing that mostly reflected the personal interests and spinning abilities of British politicians on both sides of the EU debate.

A highly-accurate recount of the period before and after the June 23, 2016 vote—not forgetting the political bloodbath for a new Prime Minister or uncertainty of the Labour Party that followed—Brexit the Musical aims to put a satirical twist on the current state of the world as we know it. There’s even a rapping Vladimir Putin.

“I think people need this comedy,” says Shirreff. “Brexit is such a serious subject, someone has to see the humorous side of it.” Shirreff is a writer based in London who left more “serious” writing at The Economist to put socio-economic and political subjects on the comedic stage. 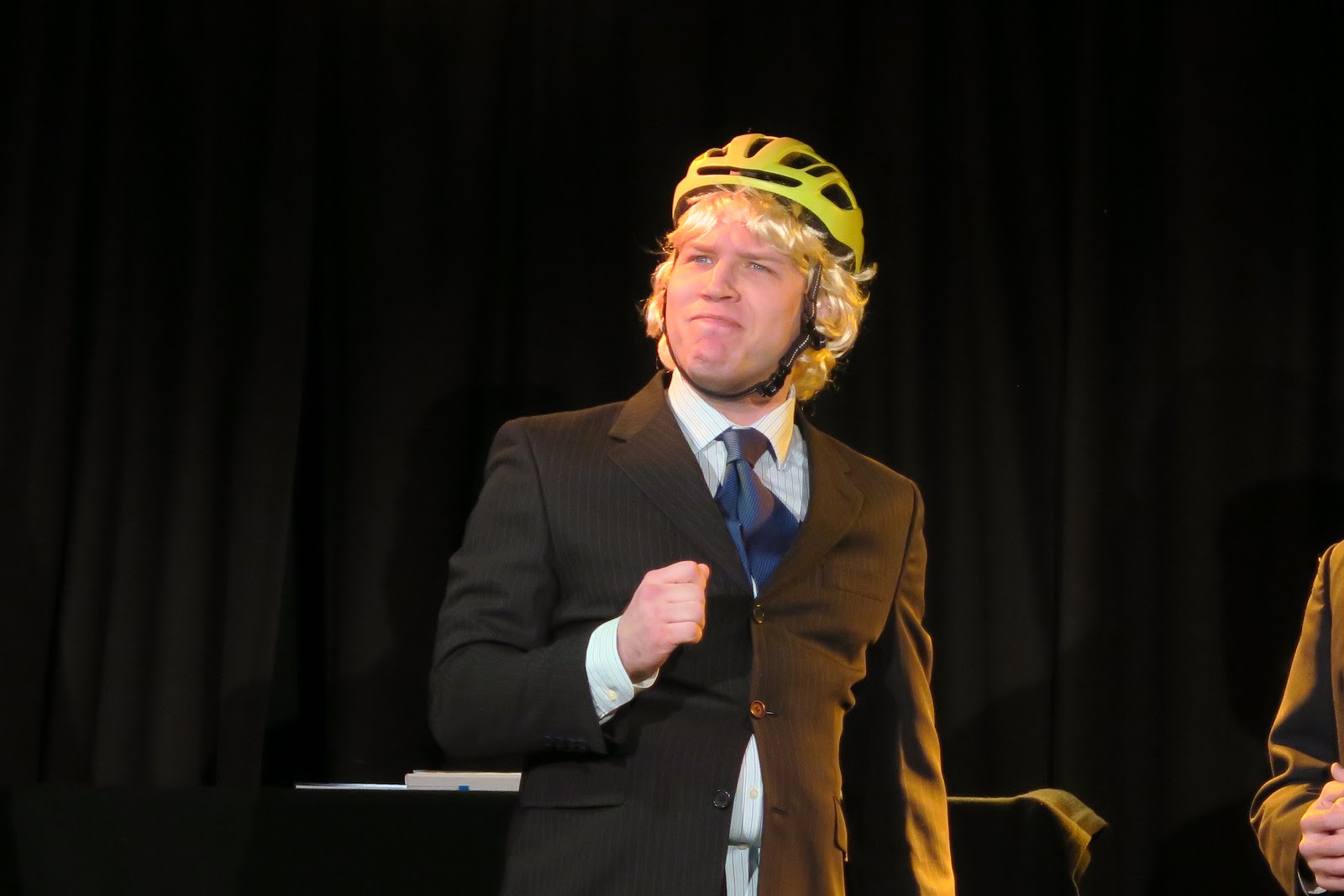 He wrote his first politically-driven musical Broke Britannia! “as an antidote to writing about how Britain messed up its financial sector,” he says. Broke Britannia! was performed at the 2009 Edinburgh Fringe Festival, and since then, Shirreff’s company Crunch Productions has produced ironic musicals like EuroCrash!, a hypothetical story about the Euro crashing, and Barack and the Beanstalk, a look at America’s financial woes.

Brexit has inspired other hilarious responses from the realm of culture, like a cabaret variety show put on last November, and as Article 50 gets closer to being triggered, there will likely be plenty more material to work from. “I'm working hard on writing a second act, which I hope will be added to the show sometime in the spring,” Shirreff says. 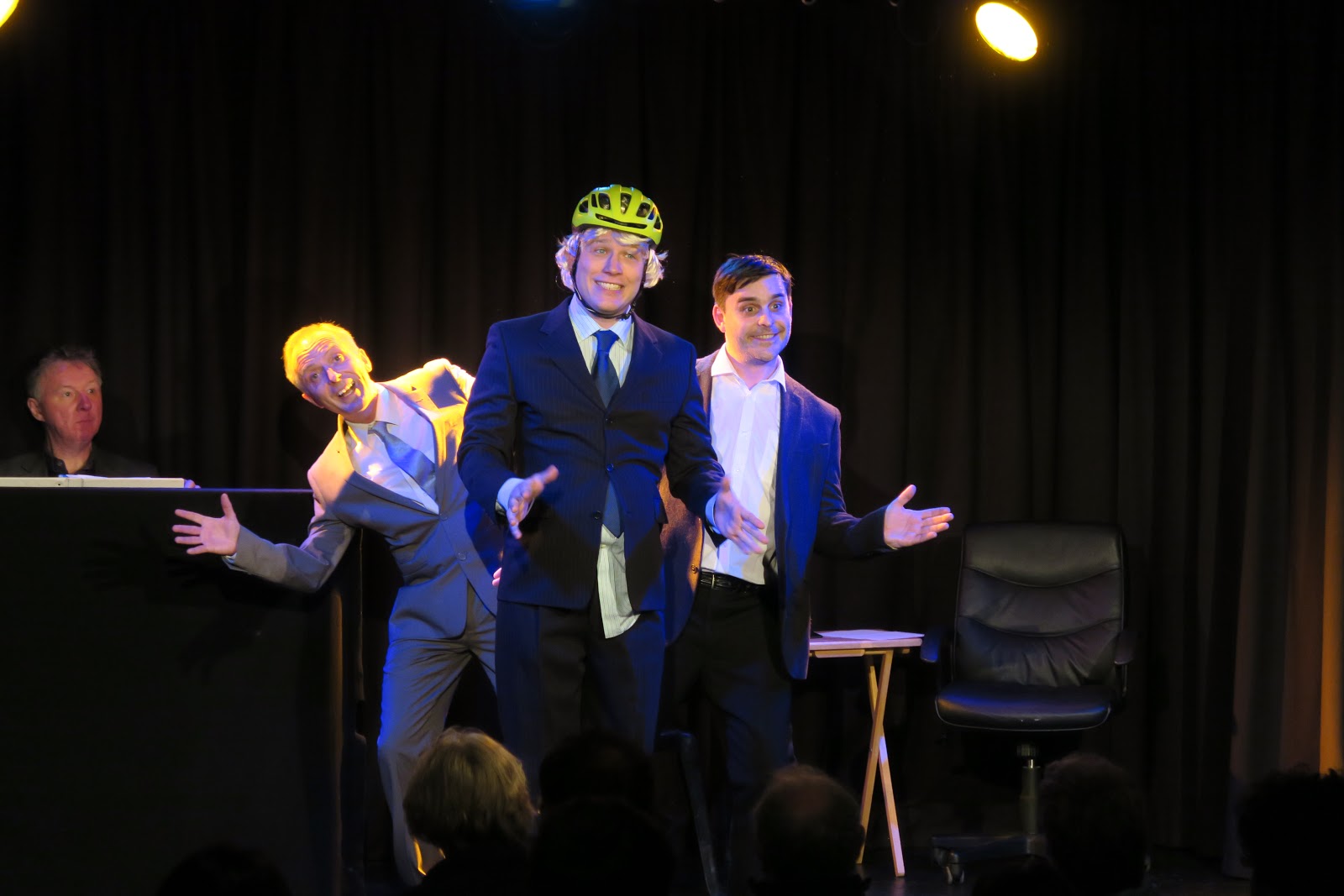 Brexit the Musical plays at the Waterloo East Theatre in London through January 29. It then moves to the OSO Arts Centre in London from February 7-11.

Smile (If You Still Can), You're in 'The Brexit Photo Booth'

With Volcanic Rock, an Artist Takes the Heat Out of Brexit