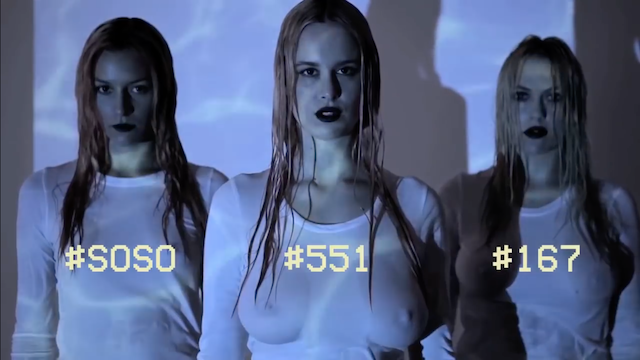 Images courtesy of the artists

BETA_0<3 just wants to make you feel. It doesn't matter if it's adulation, anger, or arousal: if looking over their work gets you feeling any type of way, they've succeeded. This power trio of provocateurs presents an ongoing project at the intersection between human nature and that of the 'groupthink' stream of ideas flowing through the digital world. BETA_0<3, pronounced "Betacero Iconocorazon,” comprises three individuals, each an equal member of its inverted triumvirate: Spanish sexologist and radio host Daniela Blume, a.k.a, #167; the daughter of Spanish film royalty Maria Forqué, a.k.a, #551, herself an accomplished actress; and musician and performer Sophie Sugarplum, a.k.a, #SoSo. Each member works as an individual artist, with their own projects and concerns, but under the banner of BETA_0<3, #167, #551, and #SoSo become a single compound entity—an aggregation of experience, talent, artistic pursuits, and creativity. 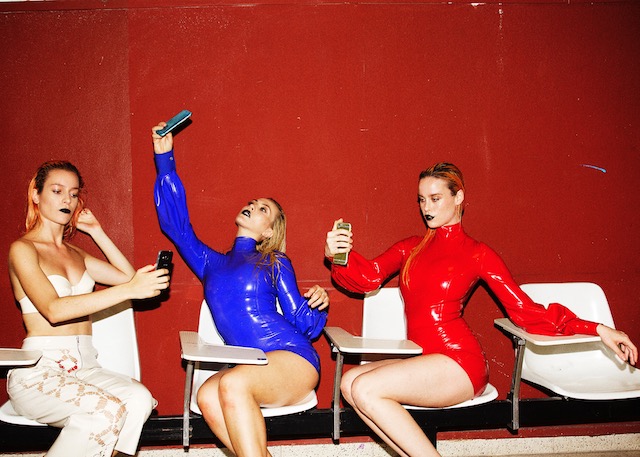 The trio met at an artist residency two years ago in upstate New York, where they found themselves magnetically drawn to one another. Since then, BETA_0<3 has produced a number of short films and video collages that appropriate elements as disparate as video games and home video stylings. In works like The Spinning Sculpture and deep web, BETA_0<3 examines the sexualized body in the virtual world by superimposing footage from video games and anime with images of the artists’ own naked bodies. In one particular film, DADATON, BETA_0<3 is filmed in the nude with large emojis covering their intimates. In Revolutionnumber11, a video of BETA_0<3 is overlaid with a character selection screen taken from a generic computer game. But within the processes of making their films is where the performative and experiential magic really occurs. In a short film called normalizing death, the group is shot visiting a cemetery, sleeping on different tomb stones not in order to have a product to show from it, but to, in their own words, “feel in touch with the cycle of life.”

In September, BETA_0<3 released a video called Declaración de intenciones, which serves as a sort mission statement for the group. In the film, the trio sounds more like disciples of Terence McKenna than robotic neo-femme net artists. They are much more concerned with, quite literally, spreading love and making connections than they are with probing why technology is tearing us apart. BETA_0<3 describes itself as a “sound journey in connection with the quantum field.” Their videos work as part of a greater audiovisual experience that allows them to demonstrates art’s limitless potential for changing real lives, while exploring thoughts and emotions that are often ignored or even repressed for life. In order to get better acquainted with the group's mission, The Creators Project spoke with BETA_0<3 over email about spirituality, experimentation, and what the future holds for individuals standing staunchly in the present. 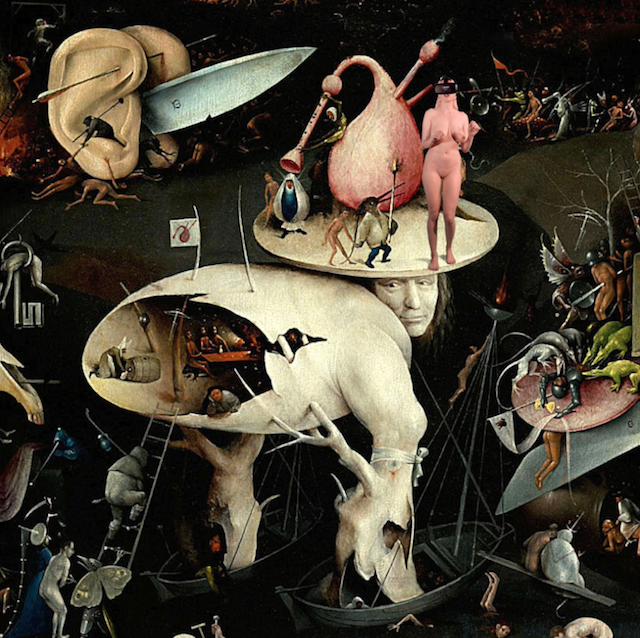 The Creators Project: The three of you come from diverse backgrounds and experiences. Why BETA_0<3?

BETA_0<3: BETA_0<3 is something that happened naturally and energetically. We don’t believe in coincidences. Our three souls coincided at the right place and the right time. We are three girls and three is an important number within this project. We believe in the power of three. Three represents the material, the intellect and the spirit. The icon “<3” is Beta_0<3’s symbol since it contains the number three and a triangle. It also creates a lying down heart. We are three women creating a triangle in search for a sense of connected consciousness and love. It is also a very popular pop culture icon in internet iconography. Between the three of us we form a triangle, the geometric figure that symbolizes the portal of other dimensions. The bermuda triangle/pyramids/trinity etc.The 0 is the “cosmic egg”. The beginning and end, since from nothing comes everything. The concept “Beta” is very frequent in the IT world. It is used to name the first version of a software program. “Beta” is the name of the trial versions of a project; we chose it since for us BETA_0<3 is a live experiment in constant development and construction. In statistics it denominates the figure of continuous probability. 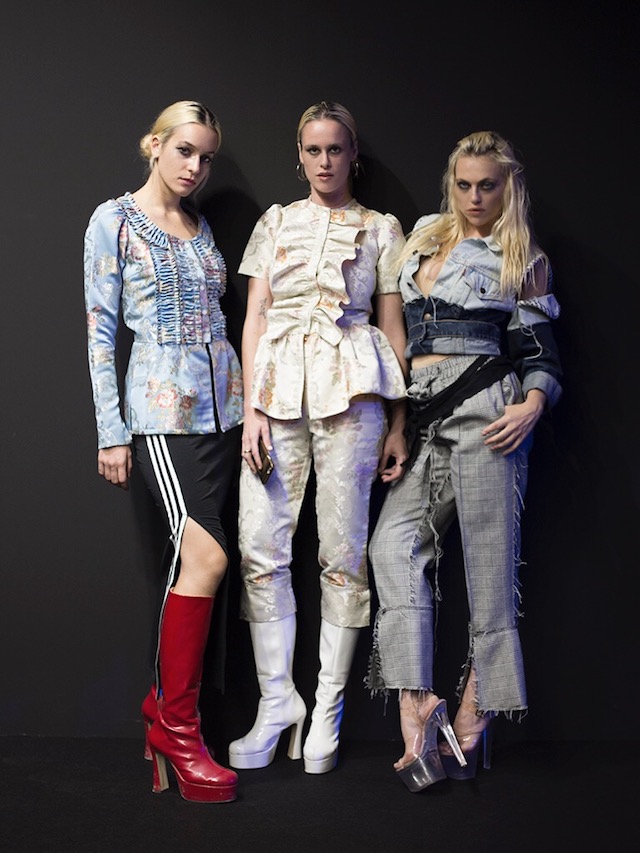 Is Beta_0 religious, or have any of its members ever been?

It's spiritual, rather than "religious." We believe in the sacred within ourselves, everyone, and everything. Anyway, this is our "religion": a state of mind where we try to understand the world as it really is, infinite, with no limits, where everything is possible. We read books such as A Course in Miracles (a book on which The Matrix was based) to develop and understand this "new religion." We study metaphysics and philosophers, too.

You’ve described this project as a live experiment. What is the difference between ‘experimental’ and ‘final’ artworks for you?

There is no difference, everything is a constant experiment. There’s nothing "final": everything is a step towards the next. Our artworks for us are always experimental and never final, as we don’t believe in an end. We believe in the beauty of the process and of flaws just as much as its “end product,” if there is such a thing.

So is there a goal to the experiment?

Understanding existence as it really is and not how society has taught us. However, the end goal is not clear as the project is permanently developing and changing direction. We do, however, aim to touch people with our project and continue to spread our beliefs in the new energy; a new way of seeing and recognising that we are all one. 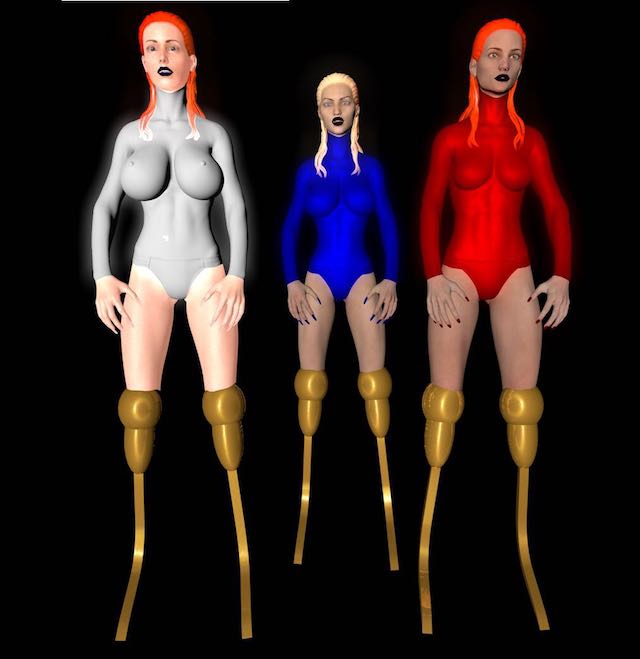 Can you tell us about some of your discoveries so far?

We discovered that everything is possible only if you believe in it. We learned that the world is a mirror of our inside state; if we change our inner state, everything outside changes too. We learned that the key is the "perception" change, as in The Matrix. We have learned that in just relaxing, flowing, and concentrating on our work and ideas is when things work best. This is when our energy has been right and has attracted collaborations and opportunities.

We never plan, since when just enjoying what we do and not expecting anything is when things blossom. We always go with the flow and do things naturally as they come.

How have your lives changed as individuals since starting BETA_0<3?

BETA_0<3 has been a state of constant learning and understanding. Sometimes difficult, always enlightening. The three of us have managed to create an intense environment of constant challenge, thinking, creating, meditating, and empathizing. It has taught us how to exist and think communally. It’s not only been an artistic developer but a life change. Discovering how perception, energy, and numbers are what really matter. 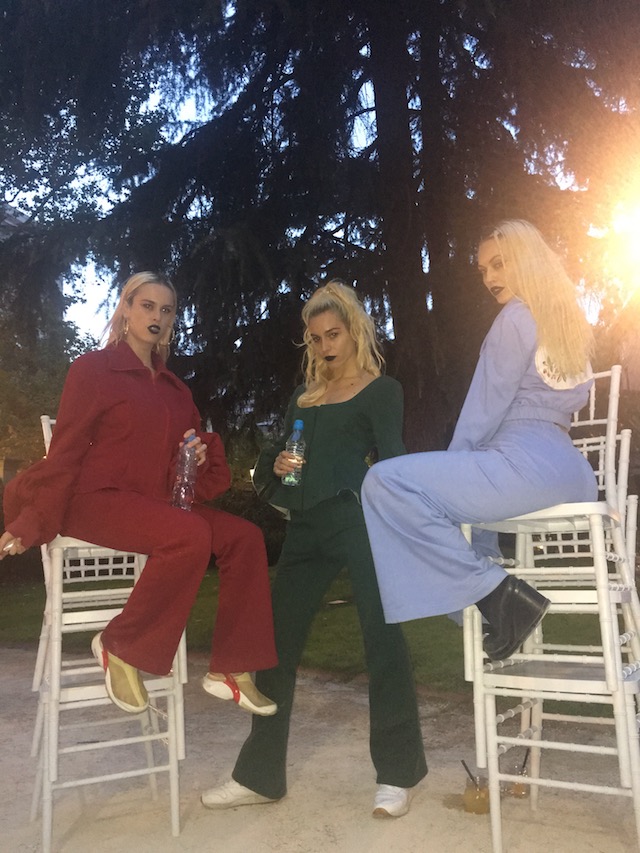 BETA_0<3 projects feature tons of skin. Were you ever uncomfortable with displaying your bodies? If so, how is this something you overcame?

#551: I use my body as a sacred object. I always worked with my naked body. Nudity is the "real" us, well, not even that, but at least it's the ego God gave us, not the one we created with our looks. Working from nakedness, the "nothing" of it makes everything more pure, truthful and nearer to "God."

#SoSo: whenever something makes me feel uncomfortable, I try to look it straight in the eye and change it. Art is a helpful tool in doing so. I still don’t feel 100% comfortable in the nude in front of strangers, which is why I am a live model and continue to do nude performances.

#167: I used my naked body before in television shows, but for it to be happening again in BETA_0<3 has been a surprise. I now understand the naked body as a dress.

Multipliying selves in yet another Reality thanks to painter @mariopavezartist


If you could work with any artist in history, who would you pick, and why?

With Leonardo da Vinci, Einstein, Dali, Marina Abramovic... any creator that wants to be near to the "truth" and explore existence as it is, with no boundaries. Pipilotti Rist and Carolee Schneemann too, female artists who work with their bodies.

What can you tell us about your plans for 2017?

We are actually preparing the creative direction and music of a fashion runway show that will take place on NYFW in February. We will stay [in New York] for a while. We are preparing cyborg and technology art projects and making new music and "real 3D" visual content. We like to work 3D starting from reality, using our real physical bodies first, to then immerse them in "imaginary" 3D worlds. We would love to visit Japan as we feel its aesthetic would corroborate amazingly with ours.