GIF by the author, via. Images courstey the artists

Emerging from a cloud of smoke, high-powered lasers radiate across translucent pillars, creating a mystic sculptural environment in real time. This multisensory architectural installation is the brainchild of Naive Laser, an art and technology collective started by collaborators Ana Herruzo and Jaine Sanchez. The project is called Captured Atmospheres and it was originally commissioned as a part of The Paseo Taos Arts Festival in New Mexico. Utilizing realtime laser techniques and physical computing, Naive Laser creates an immersive display that plays architectural material and ephemeral matter.

The sculpture’s pillars vary in height, like the pipes of a church organ, and serve as a canvas for the lasers. The arrangement of pillars adds an additional layer of distortion, turning the otherwise linear beams of light into dynamic abstract patterns. Using TouchDeisgner, Naive Laser programmed laser sequences to synchronize visual routines with smoke as it escaped from the pillars. All of the smoke machines are manipulated in real time, so as the smoke rises from the tubes, the lasers are there to meet it. As the smoke disperses, the light spreads with it, generating what the artists describe as “a series of vignettes that create an augmented expose of the intangible.” Having created a show controller, the artists could choreograph animations, reactive audio, interactive scenes, and smoke sequences. 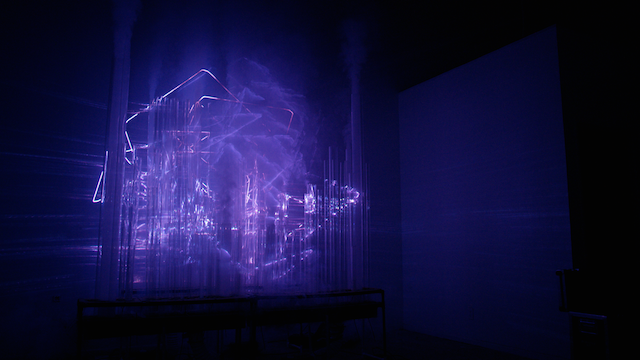 The idea for the project was sparked by the idea that perception could be used as a tool to reframe a built environment for the purposes of creating a physical space that could shift viewers' conceptions of matter. During this process, the artists developed an interest in recreating more natural spectacles so they started cataloging coloration and effects found in real landscapes to serve as a model for the laser animations, “creating a sort of sythetic nature that could be captured, displayed and interacted with,” Herruzo tells The Creators Project. See it in action below: 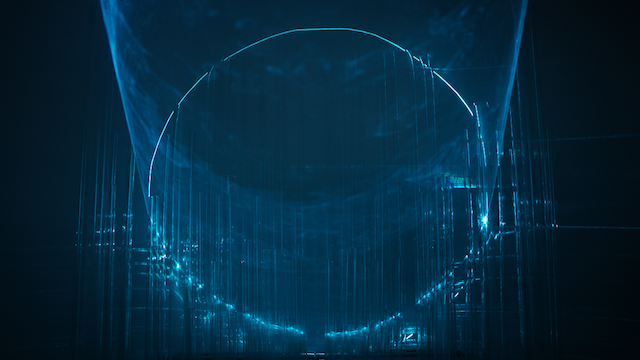 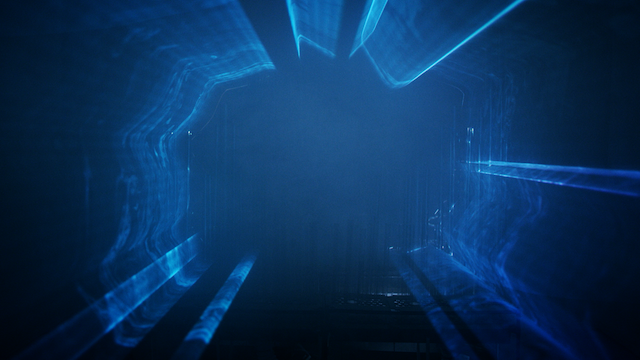 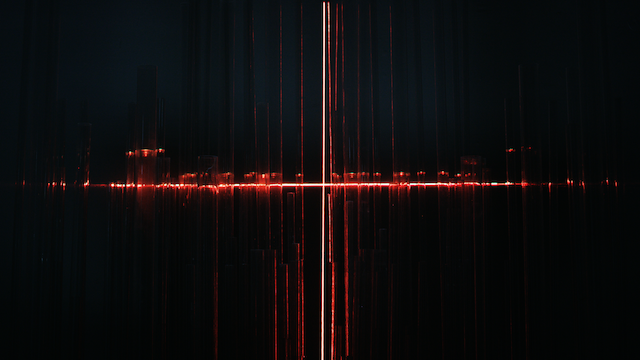 Check out more work by Naive Laser on Instagram.

Here's A Virtual Bamboo Forest Made of Lasers And Electronic Sound