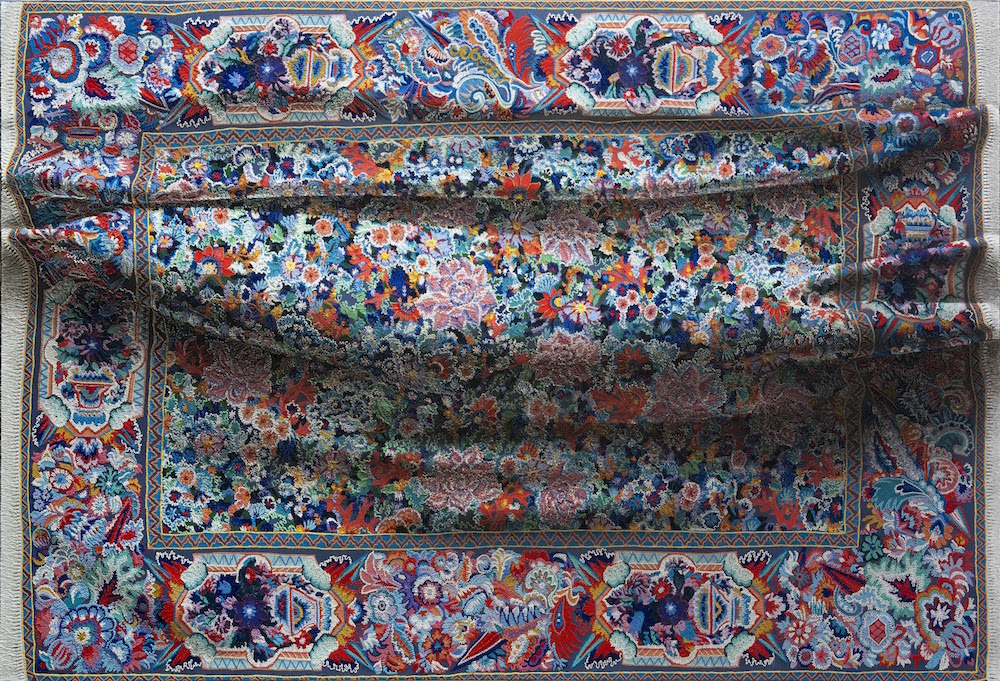 Done in oil on canvas, each painting depicts a decorative rug, varying in shape, color and pattern. The rugs are beautiful and mesmerizing on their own, but underneath each are the clear outlines of shapes.  Shapes that adds texture and shadow to each painting. Shapes that look a lot like bodies. When asked whether the bodies beneath the rug are dead, artist Antonio Santin tells the Creators Project “it is the beholder who gives or takes breath away.” The bodies lie in different positions under the rugs, and are simultaneously morbid, arresting, and sensual. 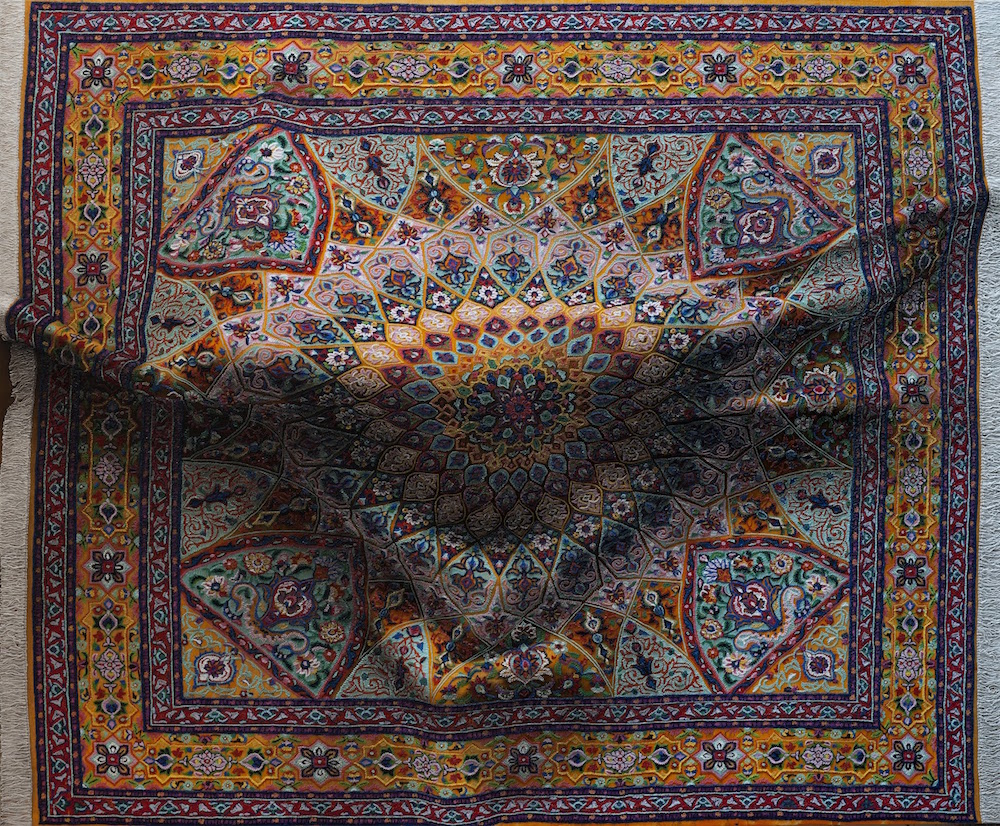 It is no mistake that the viewer’s eye catches first on the bright and colorful rug, and then on the body beneath it, forcing you to look more carefully at the true shapes inside the work. Just as the painting looks at first like a photograph, so the scene depicted looks at first like a simple carpet. In addition to the rug series of hidden bodies, Santin also paints other kinds of fabrics, always emphasizing their unique textures and shapes, and creating a tension between the surface of the painting and the folds within the piece. It is only by looking closer that the viewer understands the true shape of Santin’s pieces. 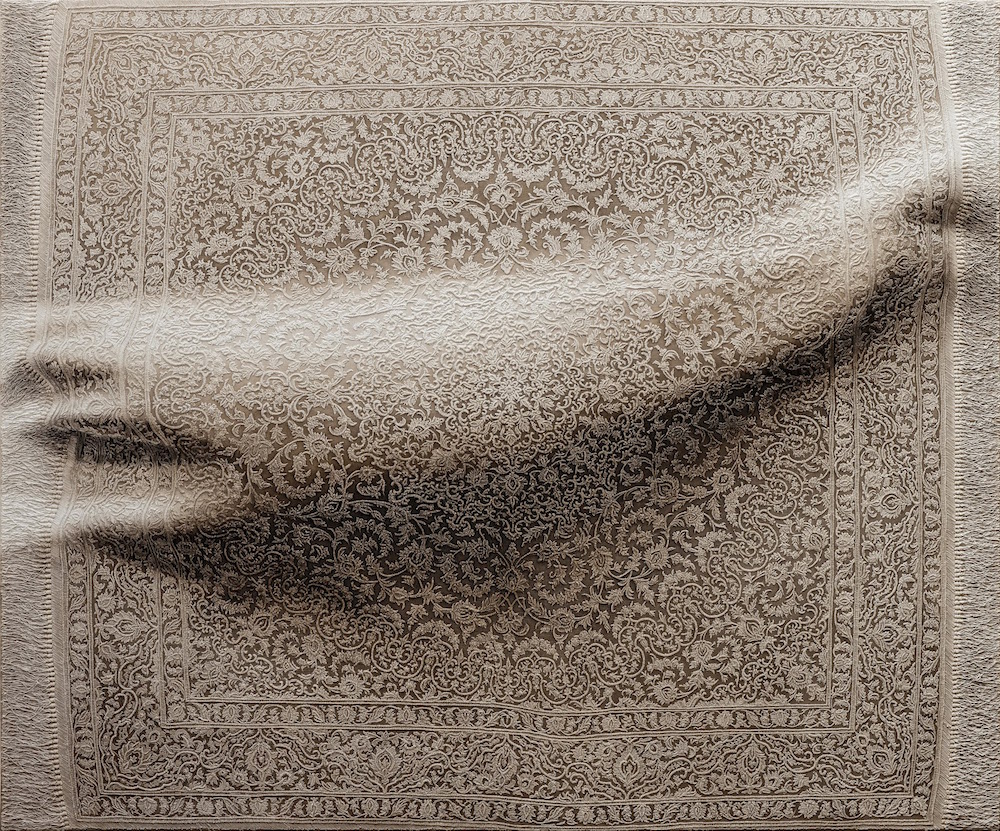 Though the concept behind the series is arresting, Santin’s intricate work and technical skill makes his work even more impressive. Trained as a sculptor, Santin’s rug series is an exploration of pattern, texture, shape, and shadow. The fabrics are whimsical and decorative, while the stark contrast of light and shadow surrounding what lies beneath is dramatic and concrete. Even the paintings themselves are often in unusual shapes, like circles to match a circular rug.

Before the rug series, Santin tells The Creators Project, the painter was working on still lifes. “it was cluttered by a never ending array of belongings and items, people,” he explains, “ I wanted to get rid of the figure, so I literally did.” He describes the rug series as “figurative paintings without a figure.” 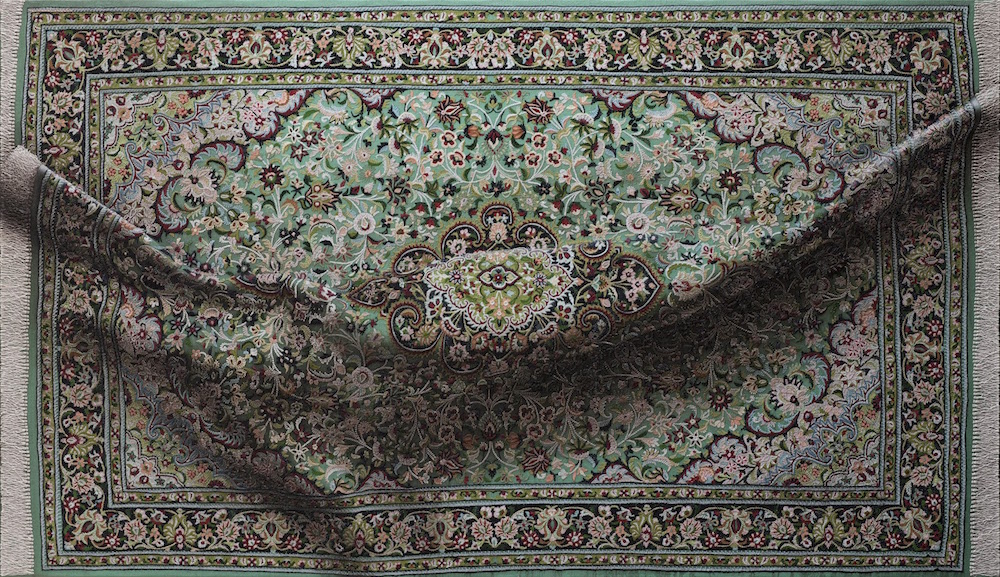 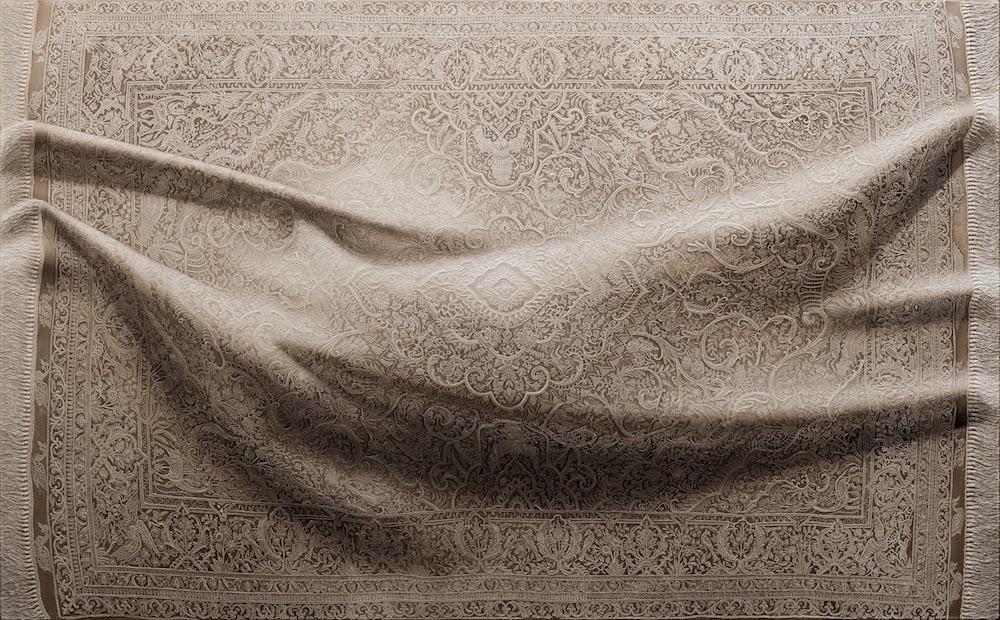 The Artist Sculpting Rugs That Look Like Skinned Gangsters

This Handmade Rug is a Drone Survival Guide