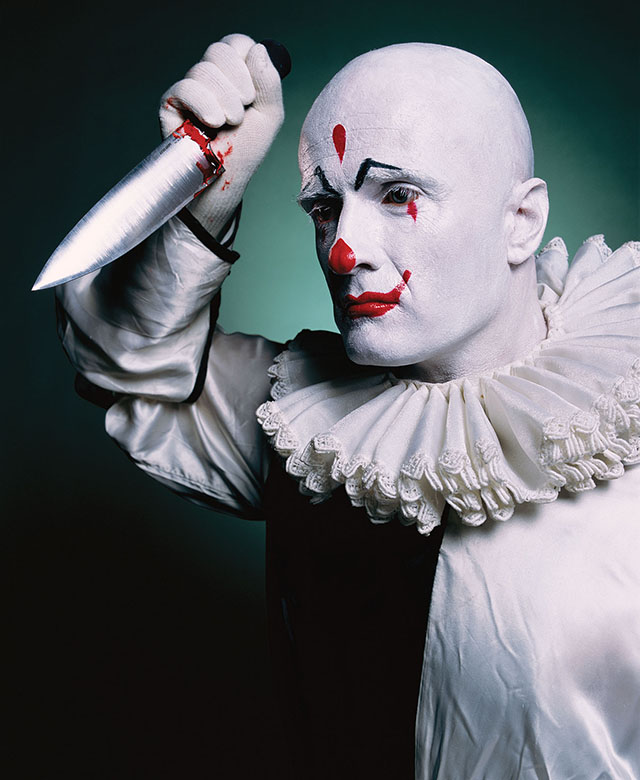 Killer Clown (The Interpretation of Dreams), Andres Serrano, 2001. All images courtesy of the artist and THE SCHOOL | Jack Shainman Gallery

The name Andres Serrano often evokes ideas of controversy and absurdity, primarily due to his 1987 work Piss Christ, a photograph depicting a crucifix submerged in urine, and the ensuing national controversy that followed. Although a veil of controversy still follows the artist 30 years later (a Google search of his name immediately yields many results relating to his 1987 work), Serrano has since made several mesmerizing bodies of work that incorporate neither piss nor Christ. Four of these series are currently on view at THE SCHOOL, an upstate New York outpost of Jack Shainman Gallery. 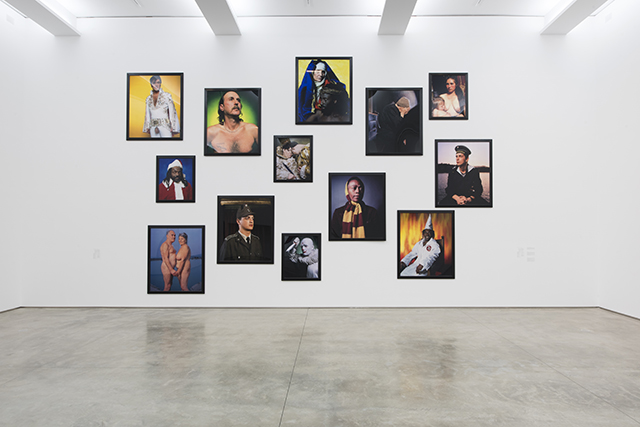 ANDRES SERRANO: Selected Works 1984-2015 showcases precisely what the title suggests; bodies of work by the artist spanning 31 years. Excerpts from Torture, his most recent body of work, depict individuals undergoing literal torture for Serrano’s Renaissance-esque portraits. Combining a mix of volunteers and real torture and human rights abuse victims (of note: The Hooded Men, Irish individuals tortured by Britain during the Northern Ireland conflict), the images utilize actual torture devices to re-enact historical scenarios of torture, like that at Abu Ghraib. 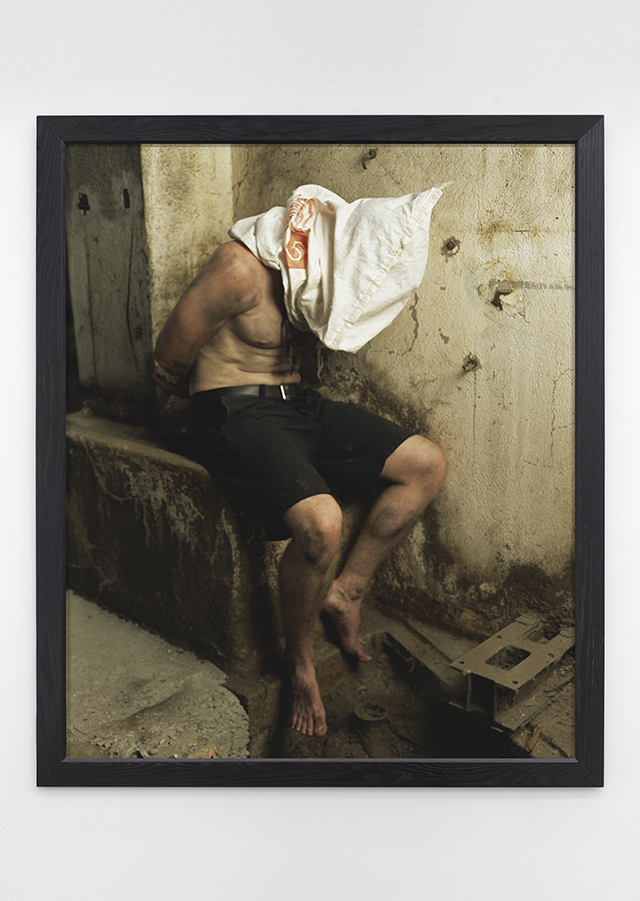 The other series on view are mostly older, but still poignant works. History of Sex is an exploration of the sexual lives of human beings in the 90s, sexually graphic images of individuals previously defaced at a prior showing, now covered in red tape. Death is unabatedly shown in The Morgue, elegant photographs of deceased individuals (whose identities are, thankfully, obscured), made in collaboration with a forensic pathologist. The artist’s own dreams are used to stage absurd scenario in The Interpretation of Dreams, included but not limited to a photograph of a black Klu Klux Klan member, conjoined-at-the-head twins Lori and Dori in royal regalia, and a (somehow more normal) shot of a killer clown. 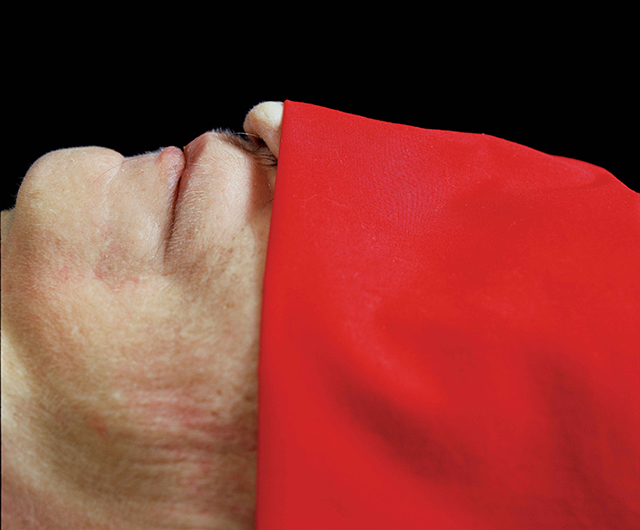 More than any of the other works on view, the most contentious photograph on view is arguably Serrano’s startlingly dignified portrait of Donald Trump, part of his America series, a series the artist calls a “panorama of American society.” Shot in the early 2000s, Trump’s inclusion in the exhibition is certainly deliberate, a move that Serrano defends: “I took Donald Trump’s portrait for my America series, started shortly after September 11th. I felt we had been attacked as the ‘enemy’ and I wanted to show who America is,” Serrano tells The Creators Project. 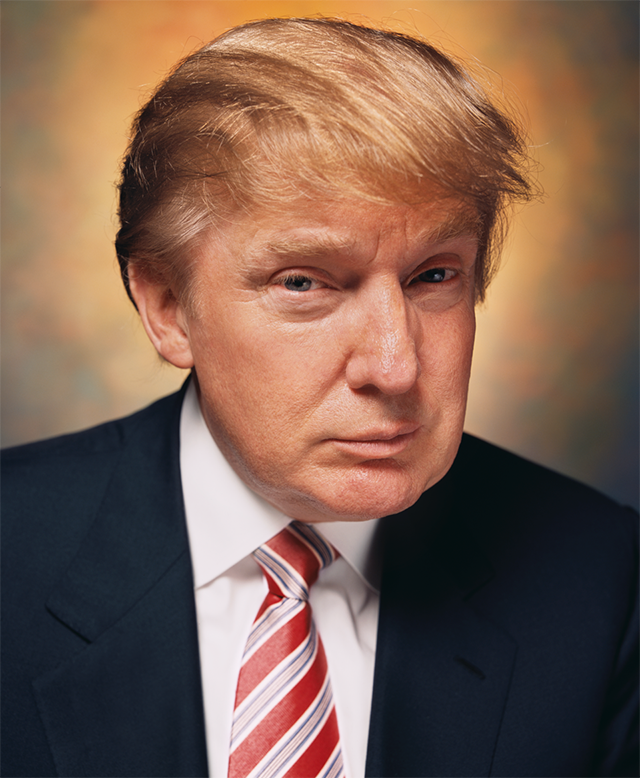 “I started with symbols of 9/11, then I photographed professionals like doctors, surgeons, cowboy, and teachers. I photographed the rich, the poor, the known, and the unknown, from a Ukranian mother and child on welfare to Anna Nicole Smith and Snoop Dogg,” Serrano adds. “You might say the Donald Trump I photographed in 2004 was different than the man we saw in 2016, but then as now, he still represents America and the American Dream.” 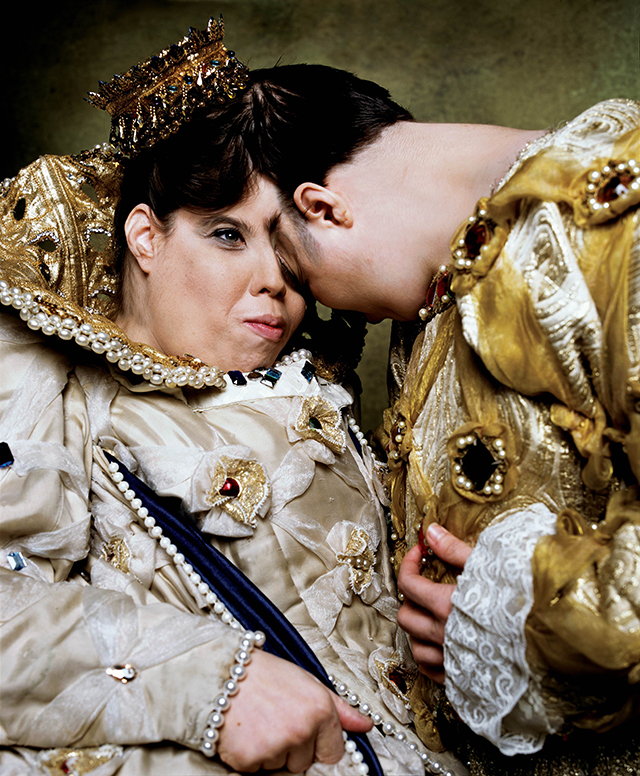 Lori and Dori (The Interpretation of Dreams), Andres Serrano, 2001

Despite Trump, Piss Christ, and everything else, Serrano argues that he is not an (intentionally) controversial artist. “I think of ‘controversial’ as deliberately attempting to be controversial, and I’ve never done that,” explains the artist. “You could say, I’m a controversial artist by accident. I had no idea Piss Christ would get the attention it did, since I meant neither blasphemy nor offense by it. I’ve been a Catholic all my life, so I am a follower of Christ. But I’m an artist, and the role of the artist is to break new ground for himself and for his audience.” 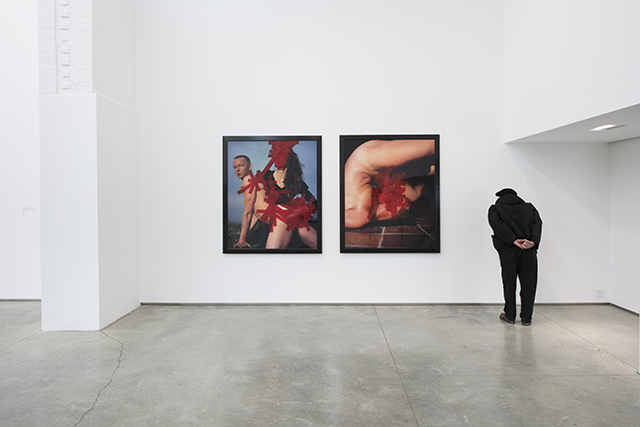 ANDRES SERRANO: Selected Works 1984-2015 will be on view at Jack Shainman Gallery's upstate venue, THE SCHOOL, through April 2017.